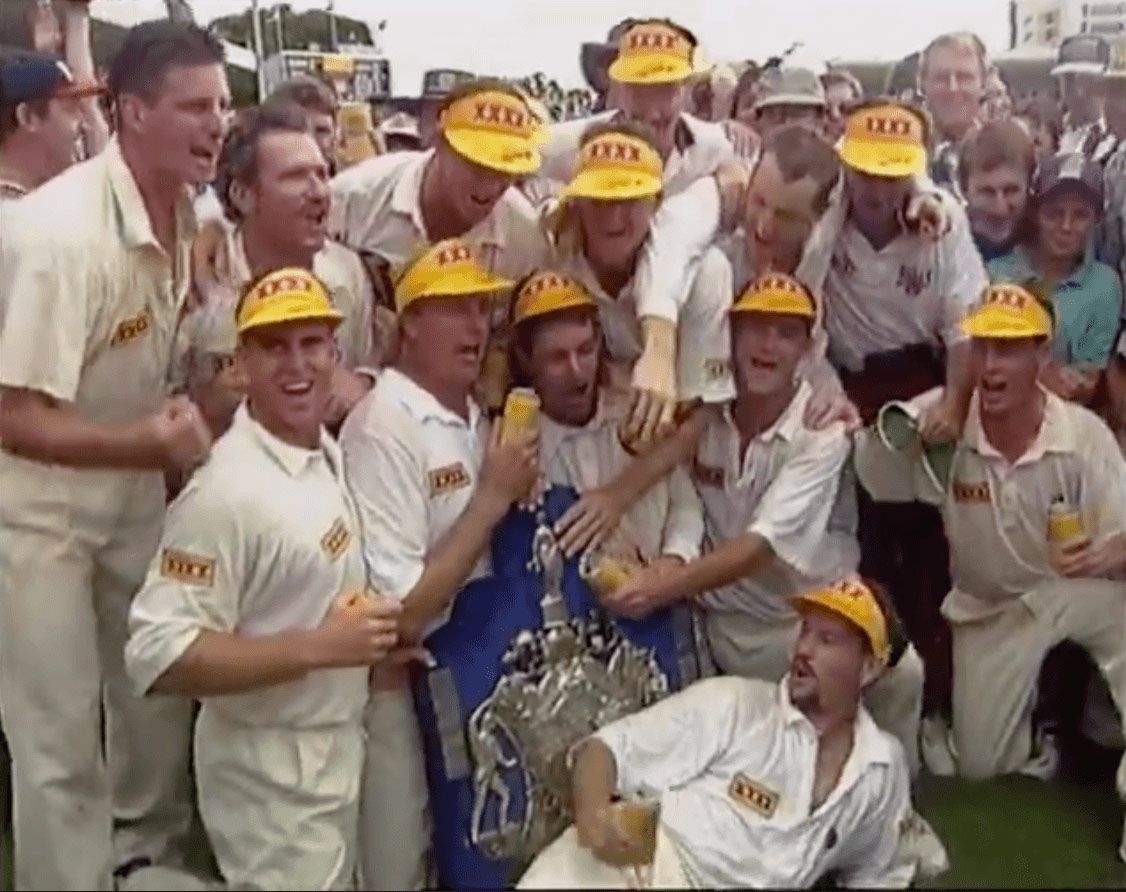 In Australia there are big droughts and there are little droughts.

But no one in this sport-mad nation, across all the country’s various sporting codes, had ever seen anything like the drought suffered by Queensland Cricket. Until that is this week 25 years ago when, after battling unsuccessfully for 63 years to win domestic cricket’s highest honour, the Sheffield Shield, the Queensland Bulls finally succeeded, as Channel 7 remembers.

And thus the Bulls became the Invincibulls.

This is the scorecard for the Shield final, as recorded by ESPNCricinfo – a comfortable win over South Australia by an innings and 101 runs in front of almost 48,000 fans at the famous Gabba, or Brisbane Cricket Ground in the suburb of Woolloongabba.

The next time DAIMANI’s official VIP Hospitality schedule touches down at the Gabba will be for a selection of matches at the ICC T20 World Cup in October and November, including a double-header with Australia, New Zealand and Pakistan.

It was a first ever Shield win for Queensland but it was also the catalyst for a golden era of on-field success, with a lasting legacy and culture still going strong today, in both the men’s and women’s games.