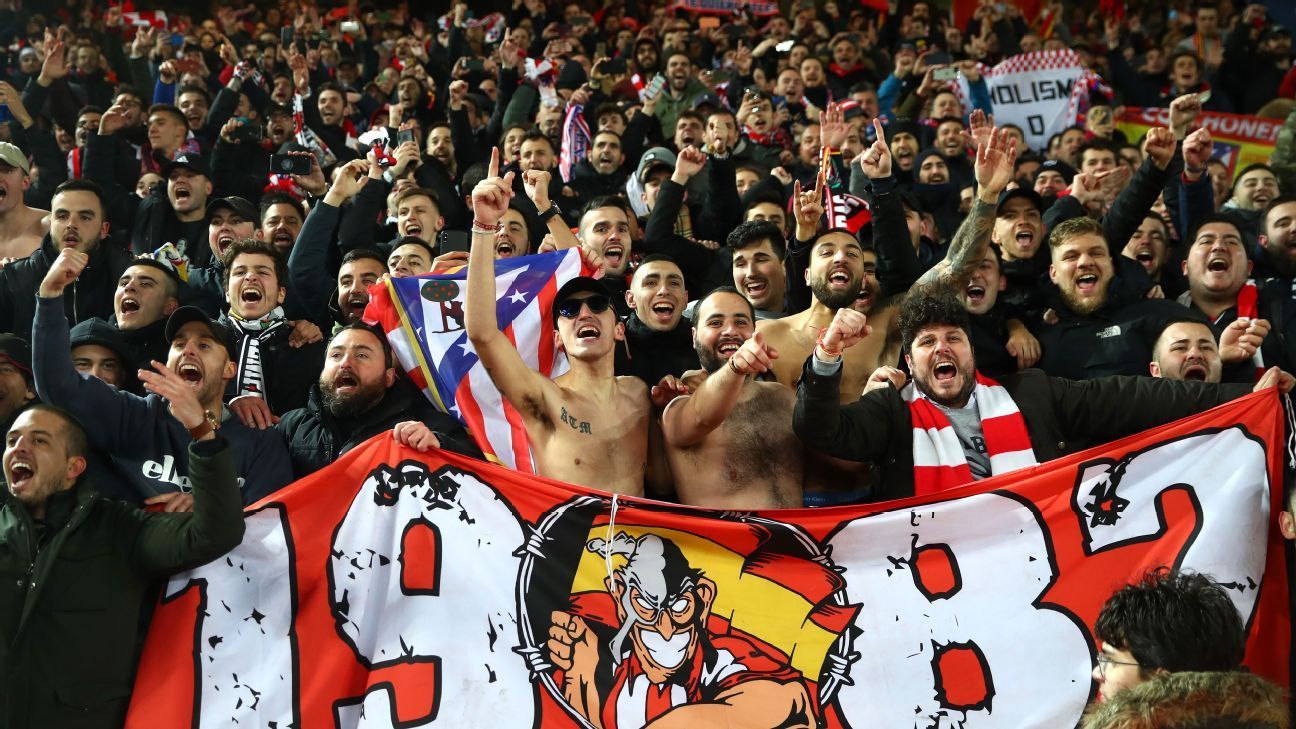 Here at The DAIMANI Journal, we try to be positive in the midst of the Live Event lockdown and positive about the prospects for our industry when things return to normal: we are optimistic, but not mindlessly optimistic.

And then you come across an article, in this case by the Guardian, which is humbling reminder of why those of us involved in the Live Event business must rise to the challenge of creating something better, more intelligent and safer for our customers.

We thoroughly recommend you download and read the whole article, here.

But in summary, reporter Sirin Kale follows the story of 70-year-old retired train driver and lifelong Liverpool fan Richie Mawson who attended the controversial Champions League game between Liverpool and Atlético Madrid at Anfield on March 11 and died of coronavirus shortly afterwards. Mawson attended using his season ticket but started the match in the official VIP Hospitality suite in the Sir Kenny Dalglish Stand, thanks to a friend who had a spare invite.

There is no suggestion that Mawson, pictured, contracted the disease in either the suite or the stand, or even at the match. The article makes clear it is unlikely that he did, but Mawson was dead a little over a month later.

Mawson, a lifelong supporter since his teens, had also been at Hillsborough in Sheffield on 15 April 1989, too, when 96 people died as a result of a crush inside the stadium before Liverpool were due to play Nottingham Forest in an FA Cup semi-final. He and his son, as Liverpool fans, had witnessed everything.

March 11 was a significant date in the story of coronavirus in general, and Mawson’s case in particular, for a number of reasons:

Ashton is best known in Liverpool for his role at the fateful FA Cup match in Hillsborough which he attended as a fan, in the same bank of seats as Mawson. A doctor by training, Ashton established an emergency triage on the pitch. ‘I was a spectator who finished up the afternoon certifying people dead at a football match’.

Ashton says he was horrified that the UK government was refusing to ban mass events. As a Liverpool season ticket holder he refused to go to the match in the hope that he might at least set an example.

In the meantime, as Mawson enjoyed the carvery and drinks in the official VIP Hospitality suite, 3,000 Atlético fans were assembling in central Liverpool to march together to the stadium, 45 minutes away.

The Guardian writes, ‘it was a blustery evening and the away fans had to shout to be heard over the wind, which clawed at their Atlético scarves. Richie walked through the singing fans as they marched, arm in arm. Most of the Atlético supporters peeled off towards the Anfield Road end of the stadium; Richie made for the Sir Kenny Dalglish stand, named after the Liverpool legend who would later test positive for coronavirus himself. Richie climbed up the stairs towards the hospitality lounge, as the rest of the 52,000 fans piled in.

Also on March 11, the same night that Liverpool played Atlético, Paris Saint-Germain hosted Borussia Dortmund behind closed doors, at the request of the French authorities.

An analysis of NHS data by the consultancy Edge Health suggests that the Liverpool-Atlético game may have led to an extra 41 Covid-19 deaths in Liverpool – nearly half the death toll at Hillsborough. On the day of the match, Liverpool had six confirmed Covid-19 cases. By April 2, this figure had risen to 262. By May 3, 303 people had died of Covid-19 in Liverpool – one of the highest death tolls in the UK outside of London, including Mawsom who died early on April 17.

By May 15, Liverpool had the highest Covid-19 death rate outside the capital.

As we stated at the start of this article, It is unlikely that Richie contracted Covid-19 at the match; he did not become ill for two weeks. But those who did get it left the stadium and spread it onwards, to their partners and flatmates, who passed the virus on again to the classrooms, gyms, nail bars and supermarkets of Liverpool. ‘There will have been concentric circles of infection outwards, like throwing stones on a pond,’ says Ashton.

Richard Mawson died after contracting Covid-19, weeks after attending a Liverpool Match against Atletico Madrid.
His family are now calling for an enquiry into whether the game should've gone ahead.
More here: https://t.co/BX3DVz7PF6 pic.twitter.com/zxYT84Wc8H

A team from Liverpool John Moores University and the University of Liverpool is assessing whether Liverpool’s death toll is linked to the game, at the behest of Joe Anderson, the mayor of Liverpool. Liverpool FC have indicated that they will cooperate with this investigation. Increased local death tolls have been linked to Wolves’ game against Espanyol on 20 February, the Manchester derby on 8 March and Cheltenham festival between 10 and 13 March.

‘If you go back to Hillsborough, when you have a cockup, it’s not normally one thing going wrong, but a number of things going wrong and they all come together,’ says Ashton. As with Hillsborough, the decision to let the Atlético game go ahead was a baton relay of missteps, each mistake passed off to the next hand, but all converging at the same time. ‘You had the epidemic in Spain, you had inactivity at a national level, you had the financial pressures for the game to go ahead and the passion for the game in the city,’ Ashton says.

This month, MPs on the home affairs select committee published a damning report that said failure to impose special border measures, such as mandatory self-isolation and targeted testing, on people arriving in the UK from countries such as Spain in the run-up to the Covid-19 lockdown was ‘a serious mistake’ that significantly increased the pace and scale of the epidemic. “The UK was almost unique in having no border checks or quarantine arrangements at that time,” said Yvette Cooper, the Labour MP and committee chair. Despite numerous requests for the scientific evidence that backed the decision-making at the time, the committee said none was provided.

As with Hillsborough, the pandemic has scarred the city. ‘Scousers have long memories,’ says Ashton. ‘It will be in there.’ It may be years before the city recovers. ‘Liverpool is a community,’ says Mawsom’s widow Mary.

‘We’ve all got a sense of humour. It’s a city of laughter. But I don’t think there will be much laughter after this. It took the city years to come to terms with Hillsborough. And now this.’

StubHub struggles as US Judge consolidates all 'FanProtect' headaches into one