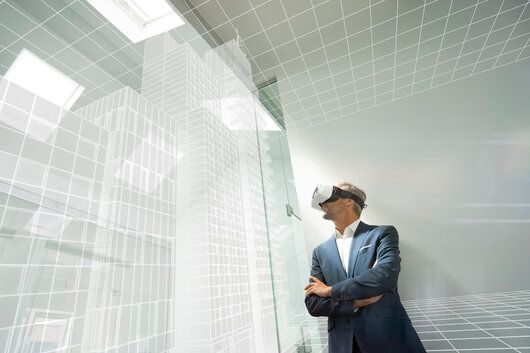 At The DAIMANI Journal we’re in the business of making sure that the official VIP Hospitality industry keeps its well-deserved good name.

But that’s not the concern of Indie game developer Flossdorf Games who have just released ‘Hospitality VR’.

No, it’s nothing to do with the Formula One’s new relationship with Zoom, or Formula E’s virtual hospitality option.

The developer’s excitable blurb - ‘The creepy environment sends chills down your spine and the unexpected encounters will more than shock you …’ – may remind some of unfortunate VIP experiences from the early years of our industry but in fact the Hospitality in the name is an ironic play on the word Hospital where the game’s action takes place.

‘Hospitality VR’ is a thoroughly scary, truly memorable game of terror for users of HTC Vive and Oculus Rift, and was the winner of the Best VR Game award at the recent Chainsaw Film & Game Festival. Whether VR horror games are your thing or not, Hospitality VR is a technical tour de force and was an official selection in the categories Virtual Reality and Best VR at the Los Angeles Film Awards (2020) and Global Film Festival Awards (2021), respectively.

The premise is you are trapped in a wheelchair in a hospital where you stay is unwelcome.

Hospitality VR was designed from the ground up to be a psychological scare like no other: you are trapped in a wheelchair in a haunted hospital unable to move anything but your head. So how will you cope with the surreal and chilling fear of what happens in the dark?

Events in the game depend on your movement, viewing angle and at the speed at which you examine your surroundings. Offering a truly claustrophobic gameplay experience, you must pay close attention to sound, noise, lights, shadows and explosions in your vicinity.