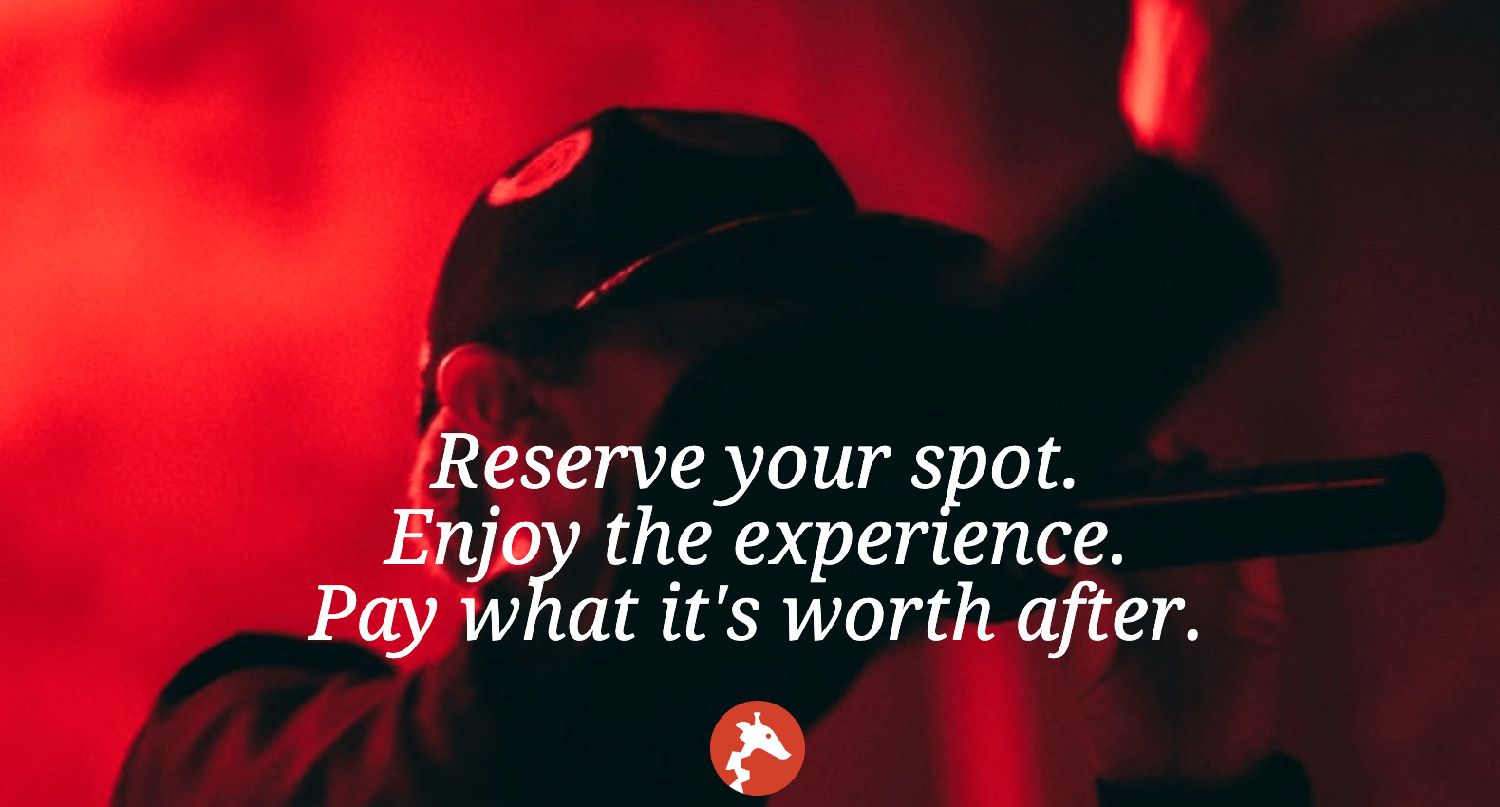 Could Pay-As-You-Go ever work in the VIP Hospitality industry?

Anybody who tells you they know with absolute certainty what the VIP Hospitality industry is going to look when we get to the other side of coronavirus is surely either a fool or a charlatan.

But it’s not unreasonable to assume the industry will be different, smaller perhaps to begin with, and no doubt moved to embrace work and operational practices and business models that were unthinkable even weeks ago.

So let’s put this idea on the table: a pay-as-you-go VIP hospitality product?

It might seem daft but it already exists in the ticket-only world, and you can meet Kahlil Ashanti, the comedian-turned-entrepreneur behind the concept, at this year’s Ticketing Business Forum, held at the Emirates Old Trafford from September 28 to 30.

Kahlil said being a lesser-known, one-man comedy act meant he was only too painfully aware of what it felt like to play in front of empty or near-empty venues. He was reliant on promoters and venue owners to drive ticket sales and their attitude to mid- and low-tier artists was Take It Or Leave It. Kahlil’s experience tallied with a Wall Street Journal report that 60 percent of concert ticket revenue went to the top 1 percent of performers as ranked by revenue in 2017.

Thankfully for Kahlil he was also something of a coding genius as well. This was his solution:

‘Why not ask the audience? When I decided to ask the audience what they thought my show was worth by having them drop cash in a bucket as they left, I ended up making a lot more than had I charged the ‘gatekeeper price’ of $20 per person for tickets. The problem was I had no way of connecting who put in the $100 bill with any specific reservation, which meant I couldn’t market to these folks as fans. So I put my coding skills to work and built a digital platform based on the economics of perceived value. It allows the audience member to reserve a spot for a show for a minimal fee decided by the venue (say $10). Then, the audience member comes to see the show. Afterwards they receive a text or email asking them how much they’d like to pay for the show they just saw, and it provides a few choices. The audience member taps on the button reflecting their desired amount, and they get a receipt and a thank you from the venue and/or artist. By asking for $5 up front, I ended up making 82% more than I made performing on Broadway.’

But do you think the VIP Hospitality industry is ready for something, frankly, as counterintuitive as pay-as-you-go?

As you can imagine Kahlil is something of a warrior-evangelist on the subject of customer-centric pricing. His website  is studded with warnings like:

Netflix did not kill Blockbuster. Ridiculous Late Fees Did.

Apple did not kill the music industry. Being forced to buy Full-Length Albums did.

And, our favourite: Technology by itself is not the Disruptor. Not being Customer-Centric is the Biggest Threat to any Business

And if you want more of Kahlil, here is a BBC report on his immensely popular turn as a comedian at a recent Edinburgh Festival.