Five reasons to go to the Investec Derby Festival 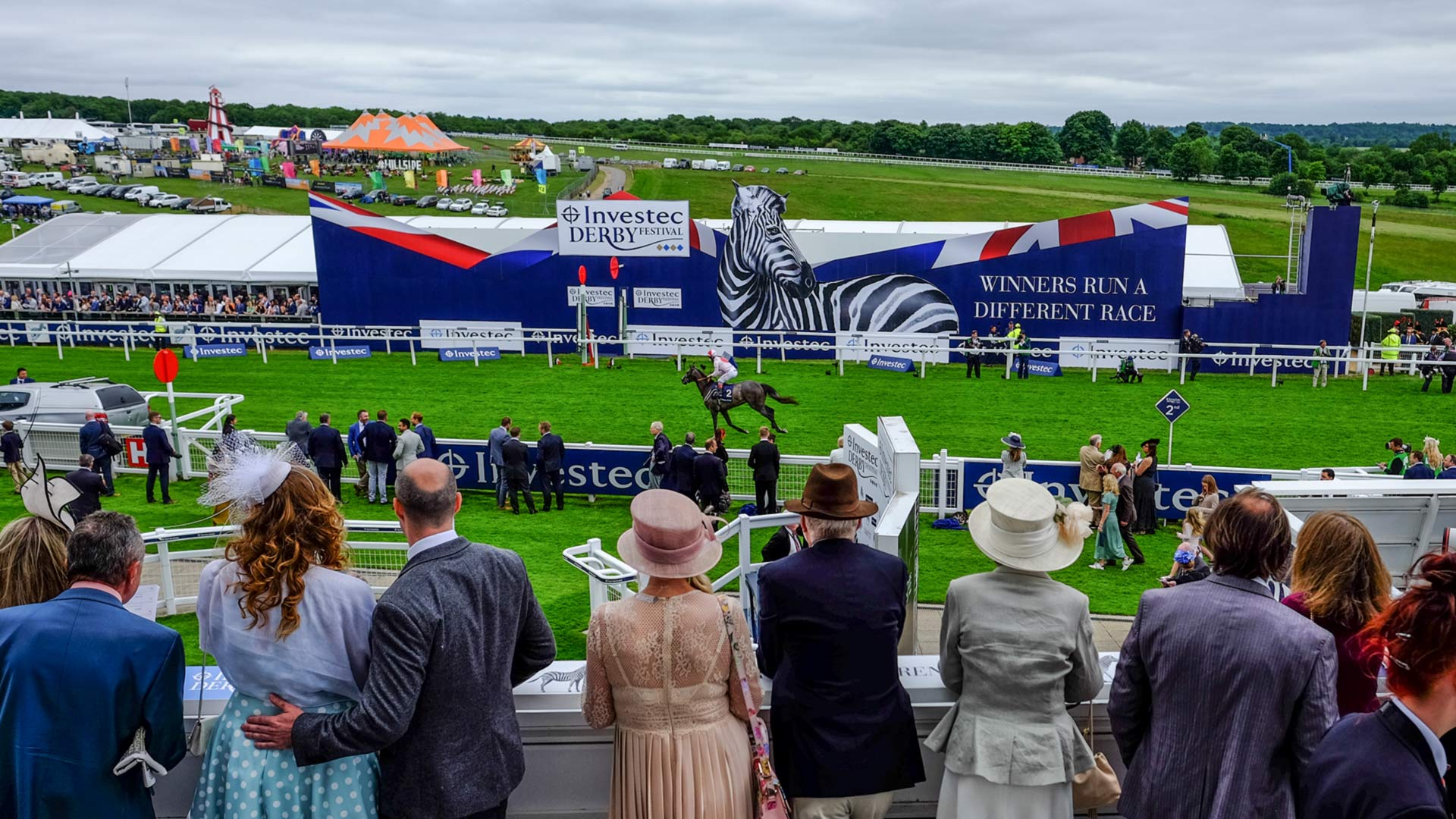 For more information on the town of Epsom on the North Downs please do visit Surrey’s official tourism website:

Rightsholder: the official rightsholder of the Investec Derby Festival is Keith Prowse, part of the Compass Group of companies. Your purchase contract will be direct with Keith Prowse; the DAIMANI price is exactly the same, with the same hospitality benefits, as Keith Prowse, with whom we work closely.

Why: The first running of the Derby, May 4 1780, marks for many racing fans the historical starting point of flat-racing as we know it. So if you have the slightest inclination towards racing this is a must-attend event. History says that the 12th Earl of Derby, pictured below, and Sir Charles Bunbury (whose role in creating the race is acknowledged with the title ‘perpetual president’ of the Jockey Club) spun a coin as to whether the race should be called the Derby Stakes or the Bunbury Stakes. At the time the coin was tossed both were at Lord Derby’s country house, called The Oaks, the name used for the first time the year before for a race dedicated to fillies. Hence The Oaks and The Derby are the high points of the Festival.

There aren’t many Live Event venues that are served by three railway stations but this is one of them. Epsom station is connected by both South West Trains and Southern Trains from London Waterloo & London Victoria. Take a 10-minute taxi or bus ride from the station or, during the Investec Derby Festival, a shuttle bus service runs from Epsom station. Tattenham Corner station, which is approximately 1/2 mile walk to the racecourse and Epsom Downs station which is about a mile walk to the racecourse, are their own branch lines and which feed into London Victoria.

There are many things that recommend The Derby over other prestigious Group 1 races. But a lot of these points are subjective and could be argued back and forth. One thing that is totally unique about The Derby is the extraordinary challenge it presents to horses: the runners ascend 41 metres during the first 1,000 metres of the race. They then switch back along the classic horseshoe configuration and then have to tackle Tattenham Corner and its infamous camber which squeezes horses tighter and tighter to the rail and away from the true racing line. Quite simply, in world racing there is nothing like it.

The roll call of celebrated horses, jockeys and racing connections that have won The Derby is long and exhausting to chart. Nijinsky and Lammtarra are but two of the names that have a deserved celebrity beyond racing. Likewise Galileo, who won the Derby in 2001, but is perhaps better known as the sire of superhorse Frankel [who was never entered for The Derby, as his trainer feared he would not settle]. But of all the horses that are most celebrated there is none whose reputation is larger and the shadow they cast longer than the winner of the 1981 Derby. Eighteen months after winning the Derby, Shergar was stolen from owner, the Aga Khan's stud farm by an armed gang in February 1983. Negotiations were conducted with the thieves, but the gang broke off all communication after four days when the syndicate did not accept as true the proof provided that the horse was still alive. In 1999 a former member of the IRA stated in a book that it was an IRA operation to raise money for arms and that very soon after the theft, Shergar had panicked and damaged his leg, which led to him being killed by the gang. An investigation by The Sunday Telegraph concluded that the horse was shot four days after the theft.

The 1913 Derby may have played a significant part in changing the course of the UK’s history. Emily Davison, pictured below, became a martyr for the suffragette movement when she was killed by a horse owned by the King as she stepped out from the crowd barrier at Tattenham Corner. [Just four years before, the Derby was won by Minoru, owned by King Edward VII – Queen Elizabeth II’s great grandfather – the only time a reigning monarch has won.]  Emmeline Pankhurst, founder of the Women's Social and Political Union, described the contribution Davison believed her death would make in her autobiography, My Own Story: ‘Emily Davison clung to her conviction that one great tragedy, the deliberate throwing into the breach of a human life, would put an end to the intolerable torture of women. And so she threw herself at the king's horse, in full view of the king and queen and a great multitude of their majesties' subjects.’ The first Representation of the People Act gave the vote to all women aged over 30 in 1918 and ten years later, this was brought into line with men.

5. So good they renamed it at least seven times

With the Epsom Derby's fame came imitations the world over most notably the Kentucky Derby in the USA; in fact there are several big races in the States with the suffix of Derby in their name but the Kentucky one is by far the best known. Australia, France, Germany, Ireland and New Zealand also hold premier Derby races for three-year-old horses as do the Japanese in the form of the Tokyo Yushun. The name ‘Derby’ when attached to any horse race anywhere in the world now signifies horse stock of superior talent.