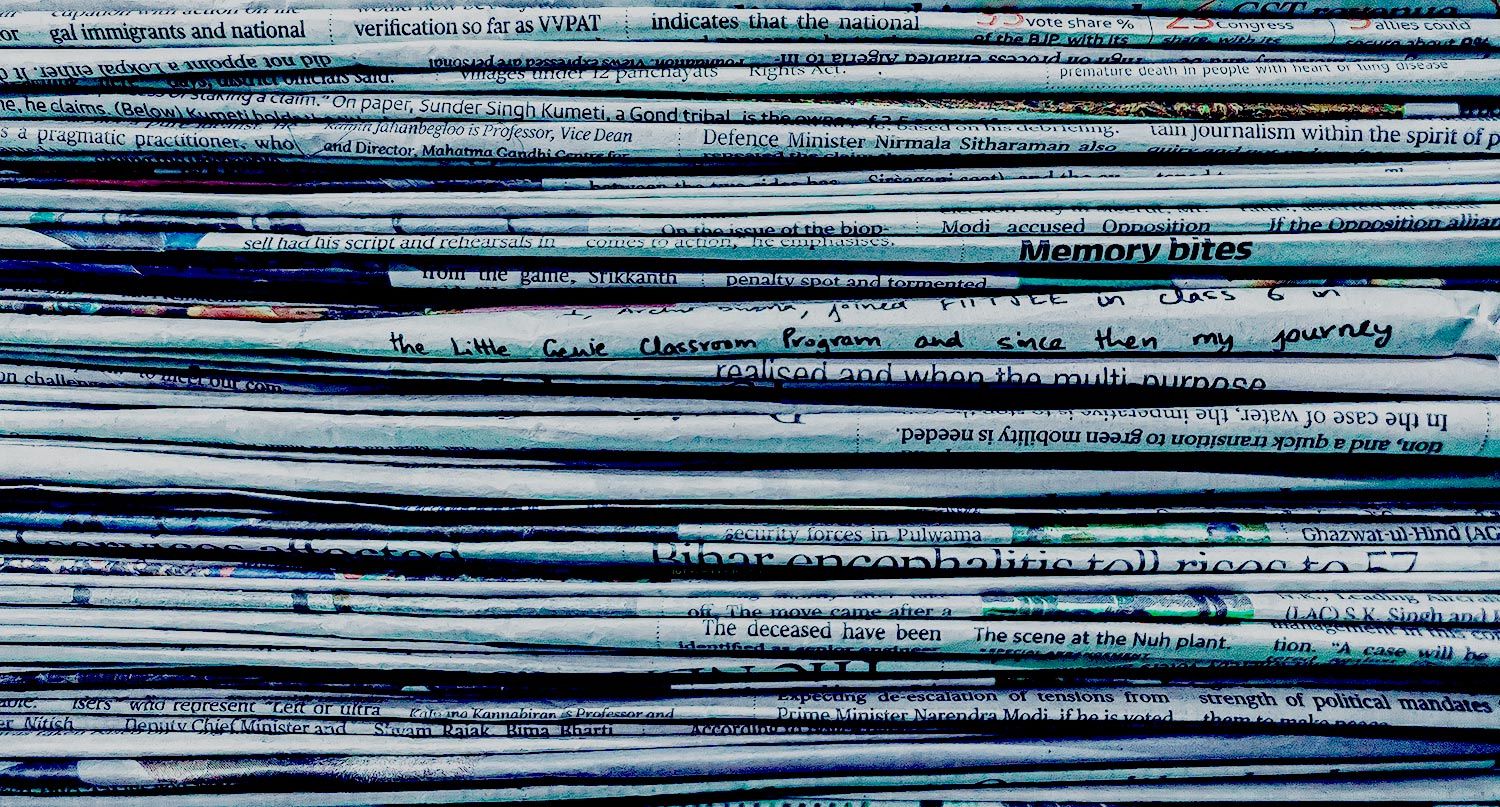 Welcome to those news stories that crossed our desk and which collectively prompted us to smile, sometimes laugh or even draw in a sharp breath or two. If there are stories you would like to share with a wider audience feel free to send through them through to our email.

1. The first place to have live sport AND NOW LIVE FANS!!

This past weekend the Chinese Professional Baseball League played on the island of Taiwan became the first significant league or sports competition – at least that the DAIMANI Journal knows of - to allow fans to attend games during the coronavirus pandemic.

Up to a maximum of 1,000 fans wearing face masks were permitted to watch both of Friday’s games in person, according to the Washington Post.

The protocols followed were straightforward:

Anybody who ‘meandered the aisles’ were told by security guards to sit down, said the Washington Post.

The four-team league opened its season April 11 with no fans, but Friday’s decision to play in front of spectators suggests positive trends in Taiwan’s fight against covid-19, the disease caused by the virus.

The Fubon Guardians hosted the Uni-President Lions in New Taipei City, while the CTBC Brothers hosted the Rakuten Monkeys at Taichung Intercontinental Baseball Stadium. The CPBL website lists both games as having 1,000 fans in attendance.

It was not exactly a dramatic NFL announcement: ‘Burke Nihill has been promoted to Tennessee Titans president/CEO to replace Steve Underwood, who is retiring from a full-time role. Underwood, who joined the organization in 1991, will remain as a senior counselor for the team.’

To those in the know, Underwood was a consummate behind-the-scenes operator who made a huge success of the potentially painful move from Houston in 1997 to Nashville. He had retired in 2011 but rejoined the Titans in 2015 as president/CEO.

But when social media got a view of Underwood’s distinct facial hair, well, that was too much. There were immediate comparisons with the famous children’s book hero The Lorax, queries about how he eats and/or kisses his wife, and whether or not this would be the new forfeit in the world’s worst bet to lose.

That was why when Underwood’s news was announced on Friday on Twitter he started trending, and it had nothing to do with retiring as the Tennessee Titans’ president, as he told the Houston Chronicle.

‘I work my fingers to the bone for 40 years, and what comes out of it — people are talking about my mustache and beard,’ Underwood said with a laugh.

‘I never take myself too seriously, so I’m okay with it,’ he said about being a trending topic. ‘I’m not a very attractive guy, and what people notice is all the facial hair. Over time, it’s become part of my persona. I get a lot of compliments about my beard and mustache, usually from others who have beards and mustaches.’

A quick tour last October of the Nissan Stadium, home of the Tennessee Titans, and their premium and suite-based hospitality options courtesy of the Association of Luxury Suite Directors.

‘Eating is a problem I’ve never had,’ Underwood told the Chronicle. ‘I’m asked occasionally how I’m able to kiss my wife, Frances, and that’s not a problem, either. Frances likes it. She helps me trim it every week. It can be a little bit of a nuisance, and it can get a little rough around the edges between trims, but we try to keep it clean and well-groomed.’

Asked why he keeps his mustache so long, Underwood laughed again and said, ‘I wear it to confuse facial recognition devices.’

3. Hollywood’s Troubadour is saved thanks to GoFundMe

The entertainment industry bible Variety wrote a heart-breaking report on May 5 that owners of the legendary music club The Troubadour may have to close, a victim of the Live Event lockdown.

The article referenced the club owners’ GoFundMe appeal which was trying to raise US$ 70,000 for the club’s 20 hourly employees. When the article was published the appeal had raised just over US$ 15,000.

Famously The Troubadour is only a 500-seat venue – the place where Elton John first performed in the USA in 1970 – and it was that lack of size that was the exact problem.

‘At least [when Live Events resume] a big seated venue has space where they can keep people apart. But I don’t know how that works for a general admission venue. Are you going to stop them from using the restroom?’, asked general manager Christine Karayan.

Just two days later, May 7, The Troubadour was able to announce the closing of their appeal with funds raised just exceeding US$ 73,000. So that is one problem solved.

In California, Governor Gavin Newsom has announced a four-stage plan to reopen the state, with concerts as taking place in the final stage of the state returning to normal.

The governor’s plan does spell out capacity limits, but Karayan believes the set of projections for resuming business she is seeing ‘means the middle to the end of next year to potentially open, and maybe a 25% cap’ on attendance, Karayan said.

4. Where are we with leagues restarting, seasons being cancelled and everything in between?

It is more than a little complicated: no sooner had the Bundesliga confirmed dates for their restart than two players in the Bundesliga 2nddivision tested positive for the coronavirus and the whole team was placed in quarantine. What is happening in the UK with the leagues in England and Scotland?!

We were forwarded this very excellent map of Europe provided by a new Swiss advisory group called Club Affairs.

The DAIMANI Journal is not in a position to vouch 100 percent for the accuracy of the geographic summary, these sorts of graphics can always be overtaken by live events, but the dates and statuses that we did check were all on the money.

For instance in Scotland, the restart is being held up, Club Affairs reports, because of, ‘a civil war of Shakespearean proportions and Monty Pythonic nature between clubs.’

Which sounds about right.

If you have been spending as much time in front of your screens as we have then you can hardly have missed tennis great Novak Djokovic’s ‘DEEPLY PROBLEMATIC LOCKDOWN’ as one media report put it.

The man who Djokovic was discussing ‘the natural detoxification process of the body’ was a former real estate broker called Chervin Jafarieh whose brand is Cymbiotika - a company that sells non-GMO and vegan potions which have been ‘isolated from the pristine coastal waters at the Bay of Fundy in Nova Scotia, our Pure algae strain offers the highest level of omega-3 DHA without compromising nature’s perfect formulation’.

None of the products have been approved by the US Food & Drug Administration (FDA).

Djokovic has already courted controversy during the lockdown, saying he'd refuse a coronavirus vaccine if having one was to be conditional on return the world of tennis to normality.

That enraged world no.2 Rafa Nadal who shot back saying ‘Djokovic will have to be vaccinated’, if that's the route the tennis authorities want to head down.

And then Djokovic got with both barrels from commentator Mary Carillo who immediately picked out a community with an infamous connection to unsafe water.

‘The people of Flint, Michigan would love to hear that news,’ Carillo told the Tennis Channel Live.

‘It’s not a surprise Novak speaks in these ways. This I find particularly dangerous. He’s not the kind of guy whose favorite music changes in every room he moves in... I’m very disturbed that Djokovic and that other guy are saying you can change toxic water to drinking water.’

On a much more positive note, here is a video review of Djokovic’s top ten rules to build success taken from various public interviews – and pulled together by YouTuber Evan Carmichael.