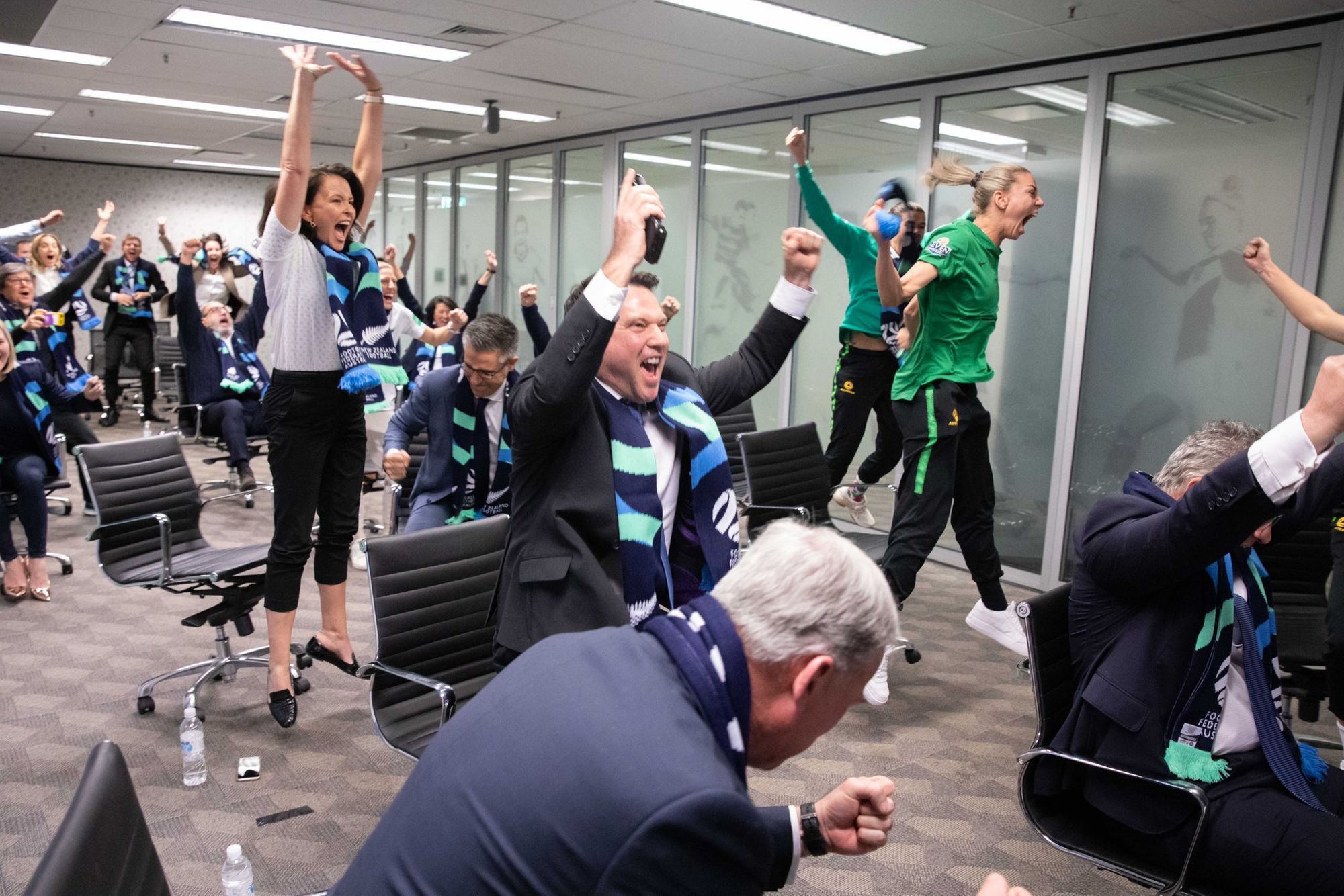 In the early hours of Friday, FIFA announced that the Australia-New Zealand joint bid had beaten Colombia to host the 2023 FIFA Women's World Cup

Yes, yes, I know, this was also the day that Liverpool won the Premier League for the first time. But the Reds won the title with eight games to go so that was hardly a knife-edge situation comparable to what was going on in ‘FIFA Land’ [and Liverpool won without kicking a ball thanks to Manchester City losing 2-1 to Chelsea].

In the end, the Australia-New Zealand ‘As One’ bid – the first time a FIFA tournament has been hosted across two confederations – defeated the Colombia bid by 22 votes to 13. The dates FIFA has nominated for the tournament to take place are between July 10 to August 10, 2023.

Despite scoring 4.1 out of five in a FIFA evaluation report compared to Colombia’s 2.9 score, the combined Australia and New Zealand bid was overlooked by a number of voters from within the UEFA confederation including the English FA chairman Greg Clarke in the vote at the FIFA Council meeting which was held remotely because of the coronavirus.

Clarke’s vote, see below, was part of a block decision by the UEFA confederation, which gave the South Americans eight of their final tally of 13 votes, to try to use the FIFA Women’s World Cup to develop women’s football in South America. Reportedly Clarke declined to take a call from New Zealand’s prime minister Jacinda Ardern to discuss the joint Australia-New Zealand bid.

‘It was a choice between two countries – Australia and New Zealand – where women’s football is already strongly established, and a continent where it still has to be firmly implanted and has a huge development potential,’ said UEFA in a statement.

The bid proposed a total of 13 stadia in 12 cities across Australia and New Zealand, but said to FIFA they would prefer a minimum of 10 to be used — five in each country. Under the bid’s proposed schedule, Auckland’s Eden Park [pictured below in cricket mode] will host the opening match and Stadium Australia in Sydney the final.

The chief executive of the Football Federation of Australia James Johnson praised the way in which FIFA conducted the host selection:

‘The way that the reports were drafted, and the way the scoring went I think was reflective of the work that certainly our bid had done,’ Johnson said.

‘There’s always a little bit of angst when you get into the political part of the process but I think it’s a fair process, the voting will often reflect the bid evaluation report and I think that’s where we landed.’

The circumstances of the vote announcement this year, the tension and drama of the tussle with Colombia, could not have been more different than 2015, when France was announced as hosts of the 2019 FIFA Women’s World Cup. Then the envelope opening ‘was met with little more than the gentle tapping of keyboards in an otherwise silent, half-empty conference room,’ according to the Guardian.

The game-changer was that very same 2015 tournament in France – congratulations to FIFA, the French organisers and all of the supporters of women’s football – who helped drive the football product to such a height that it attracted 1.1 billion viewers and smashed records across the world.

And in case you are in the business and interested in asking: the right to sell ticket-inclusive packages for the 2023 FIFA Women’s World Cup and appoint sales agents lies with MATCH Hospitality. Contact chief revenue officer Mike Kelly for more information: mike.kelly@match-hospitality.com