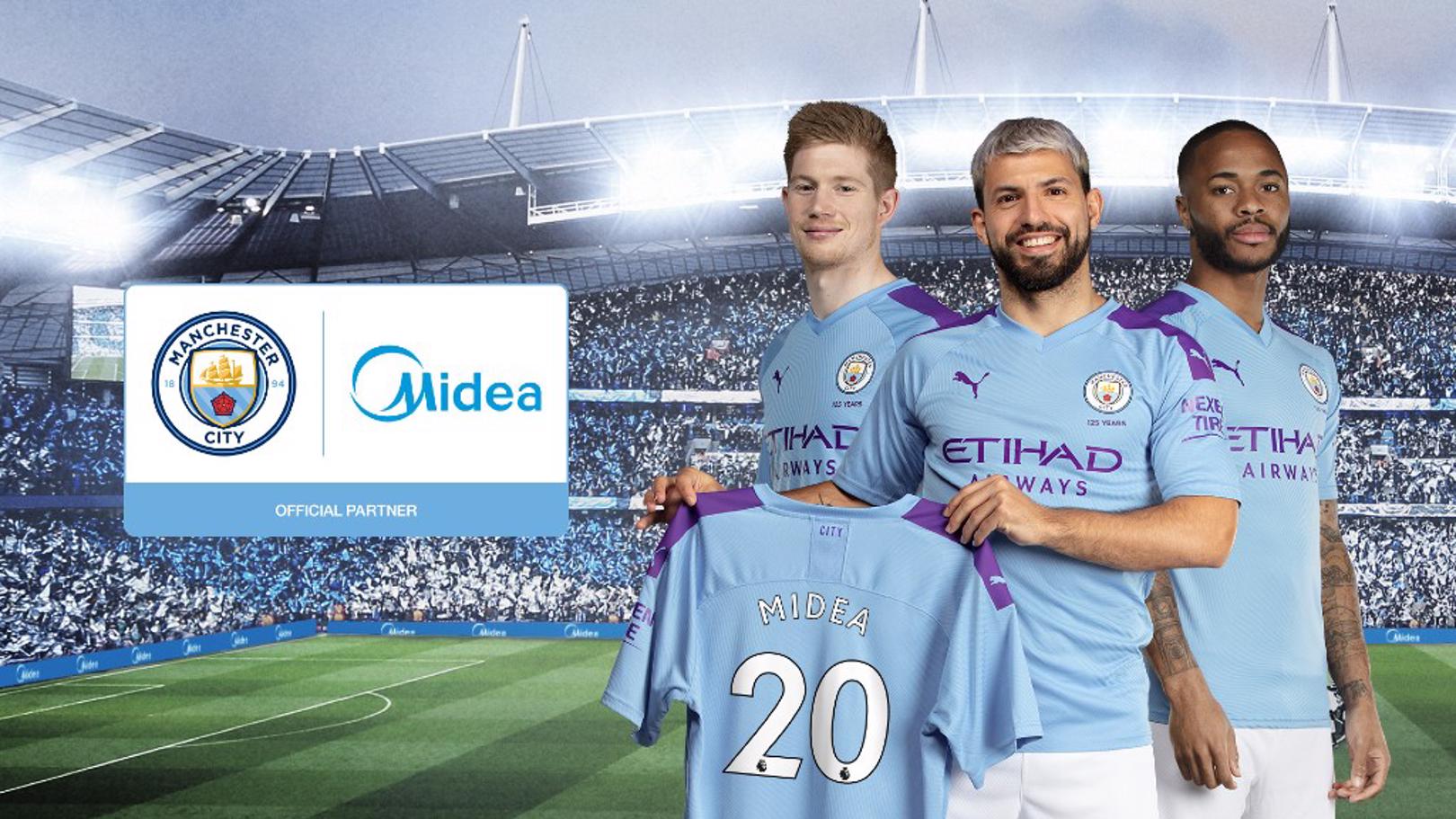 Police rescued the billionaire founder of home-appliance giant Midea Group Co. after an abduction attempt at his home over the weekend.

Seventy-seven-year-old He Xiangjian, pictured, is China’s seventh-richest person with a wealth estimated at US$ 24 billion according to the Bloomberg Billionaires Index.

He was reportedly held hostage by the would-be kidnappers, who were carrying explosive materials, according to the Economic Observer, a local newspaper. The attempt failed after He’s 55-year-old son escaped and swam across a lake to raise the alarm, Forbes reported.

Midea signed a sponsorship agreement with Manchester City at the partner level mid-way through the interrupted 2019/2020 season.

It was not made clear in the announcement if what Midea and Manchester City signed was a single or multi-year deal. But a Midea spokesman said, ‘We have been looking for the right partner for the last two years and we are excited to have found the perfect match with Manchester City, an organisation that shares our philosophy in going above and beyond for their fans.’

The well-respected intelligence site Sport Business suggested that the City deal was likely to lie between GB£ 500,000 and GB£ 1.5 million for the balance of the season, from January to the Premier League’s supposed end in May. Midea were announced as the back-of-shirt sponsor for Brazilian team Corinthians immediately following the City announcement in a deal the site suggests would have been US$ 2 million plus per season.

Police in Foshan, a city in the southern Guangdong province, said they received a report at 5:30 p.m. Sunday that someone broke into an apartment in a residential community owned by Midea and threatened the homeowner’s safety, according to a statement on their official WeChat account.

‘The victim, surnamed He, was safe,’ local police were quoted as saying by the Hong Kong-based South China Morning Post. Public security bureaus at the provincial, city and district levels all ‘paid high attention to the case after receiving the report, and quickly dispatched officers to rush to the site,’ it said.

Foshan was one of four cities in Guangdong province that hosted matches in last August and September’s 2019 FIBA Basketball World Cup and was where teams in Group D competed – Serbia, Italy, the Philippines and Angola.

Five suspects were arrested early Monday, according to the police.

Midea Group reposted the police statement on its official Weibo account without elaborating. A company representative told Bloomberg the case is under investigation by police and that Midea had no other details to share.

Midea, founded in 1968, is known for its low- to medium-end appliances. He retired as chairman in 2012, after building the company into China’s biggest exporter of air conditioners. Much of his family’s wealth derives from the approximately one-third of the company they still control.

Like many first-generation entrepreneurs in China, He has humble roots. He started to build his Midea empire – now listed in Shenzhen with a market value of 419 billion yuan (US$ 59 billion) – from scratch when he was 26 years old. In many ways He’s story is the story of the growth of southern China into an export-led economy driven by a small army of tenacious and bold entrepreneurs.

According to the South China Morning Post, in 1968, He led 23 local residents in raising 5,000 yuan, about USD700, and began to make plastic bottle caps, a risky venture over the next two decades as the government retained an ambivalent attitude towards private businesses. To save costs and guard against pickpocketing, he only drank sugar water for breakfast and slept in train stations when he went on business trips to marketplaces elsewhere in China.

‘He experimented with many different products, including glass tubes, car accessories and power generators, before seizing on the growing trend of electric-fan production in the late 1970s. At that time, many Foshan emigrants to Hong Kong and Macau would bring back fans to their mainland relatives, making them a popular gift.’

From producing bottle tops then making the leap to all-plastic electric fans, Midea now is best known for air conditioners but has broadened out into smart logistics, components and robotics and automation under the tag ‘Humanizing Technology’.

Although in China such events are thankfully rare, Hong Kong has a reputation for high-profile kidnappings, as the SCMP noted in this 2015 piece following the payment of HKD28m in ransom money to six kidnappers who had abducted a woman.

That violent streak has long been part of Hong Kong and southern China’s history: the world’s first airline hijacking was a 1948 kidnap-for-ransom on a flying boat travelling between Macau and Hong Kong.

And James Clavell’s hugely popular 1981 book Noble House turns on the kidnapping of the son of the hero’s most trusted local Chinese associate who is forced to reveal the most vital secrets to a rival American conglomerate.