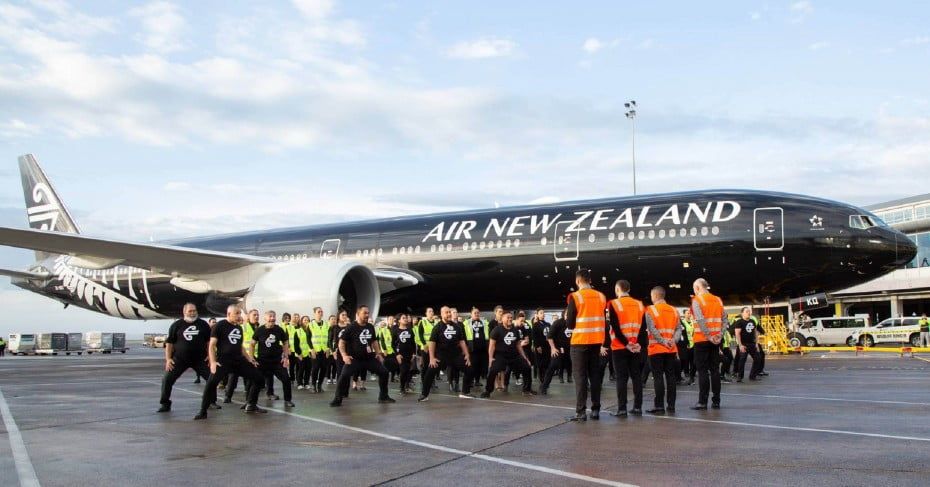 As someone who just travelled from the UK to Hong Kong and had to spend more than ten hours waiting in a bare exhibition space for a negative coronavirus test that’s a very real impediment to any kind of return to normal. The ten-hour wait was not unpleasant. We had access to bottled water and shrink-wrapped sandwiches, and were sat at socially distanced tables and chairs like in an exam hall. But it was also far from being pleasant.

At its simplest the issue is one of being able to create an arrivals process that recognises those territories which are high and low risk with respect to coronavirus and treats passengers accordingly.

So prepare to look [again] towards New Zealand as a country that is leading the way in her coronavirus response by reengineering their airport layouts in order to create meaningful ‘safe travel’ bubbles.

In a press release issued today Auckland Airport said they were preparing to segment travellers into different categories of travellers as they pass through the international terminal by physically separating the parts of the airport that incoming planes will park at.

This would enable the country to open up an initial ‘safe bubble’ air corridor between New Zealand and the Cook Islands, and other Pacific Island territories like Niue. [The flare-up last month of coronavirus in the Australian states of Victoria and to a lesser extent New South Wales has put paid to a possible trans-Tasman travel bubble, but the same principle would apply.]

Under this proposal, Zone A would be a ‘safe travel’ area to be used by people travelling between countries with which New Zealand has a safe travel arrangement, and for people who had been in New Zealand for more than 14 days. It would include gates 1 to 10.

Zone B, including gates 15-18, would be a ‘health management area’ for travellers arriving from countries with no bubble arrangement, and who would be required to enter managed isolation or quarantine, and for people transiting through the airport for other destinations.

This second zone was in a part of the airport which operates on independent utilities like heating, ventilation and air conditioning, and had a UV filtration system to further treat and clean the air, the statement said, and the zone would include a separate border processing facility.

‘Auckland Airport is a complex eco-system of organisations and we are working closely together to enable the safe and secure movement of travellers,’ Auckland Airport chief executive Adrian Littlewood, pictured, said.

‘Auckland Airport is building the new internal walls to allow for the terminal to be separated, and we are working through the final stages of planning with border agencies and airlines to enable the physical and operational separation.’

The airport said Zone A would be a similar experience to travel before coronavirus, with the usual security and access to food and drink.

Access to those areas from Zone B would be ‘completely closed off’, the airport said.

On so many different levels New Zealand has impressed. Just this last weekend came the surprising news that Auckland Airport was now one of the busiest airports in the world.

Heeding the government’s encouragement to holiday within New Zealand, Auckland recorded more than 231,000 passengers in the month of June, 90 percent of which were travelling domestically. That was comfortably ahead of both Brisbane and Sydney, and more than four times greater than regional hubs Singapore [48,000] and Hong Kong [59,000]. That grand old man of airports, Heathrow, managed 320,000 in June.

It’s often easy to dismiss initiatives coming out of New Zealand because of the relative size of the country, with a population of 4.8 million. But Auckland Airport is a big airport by any metric. It normally handles 21 million passengers a year and is responsible for 27,000 full-time jobs and more than USD6 billion in GDP spend. International tourism [which largely but not exclusively] flows through Auckland makes a direct GDP contribution of more than USD15 billion and is estimated to be responsible for almost ten percent of the country’s employment.

To Auckland Airport’s initiative, New Zealand Prime Minister Jacinda Ardern said there needed to be a legal arrangement with protocols for pre-checks for arrivals and departures, with health declarations.

‘Our borders are places where people with Covid are interacting - they are high-risk environments,’ she said.

‘We have to move through this very, very carefully ... if we move to quarantine-free travel even with a place that is declared Covid-free such as the Cook Islands, we have to do it with absolute caution for New Zealand's safety and the safety of the Pacific.’

The country’s Aviation Council, which represents large airports and airlines, said plans were under way for doing the same at the airports in Wellington, Christchurch and Queenstown.

Council co-chair Justin Tighe-Umbers said it was not necessarily foreshadowing any government announcement.

‘This is an important part of setting up New Zealand's aviation system to be ready for any safe travel zones that do get announced by government. So this is about the sector doing the groundwork, getting things in place.’

Tighe-Umbers said the airports hoped to have the zones ready for operation this month.