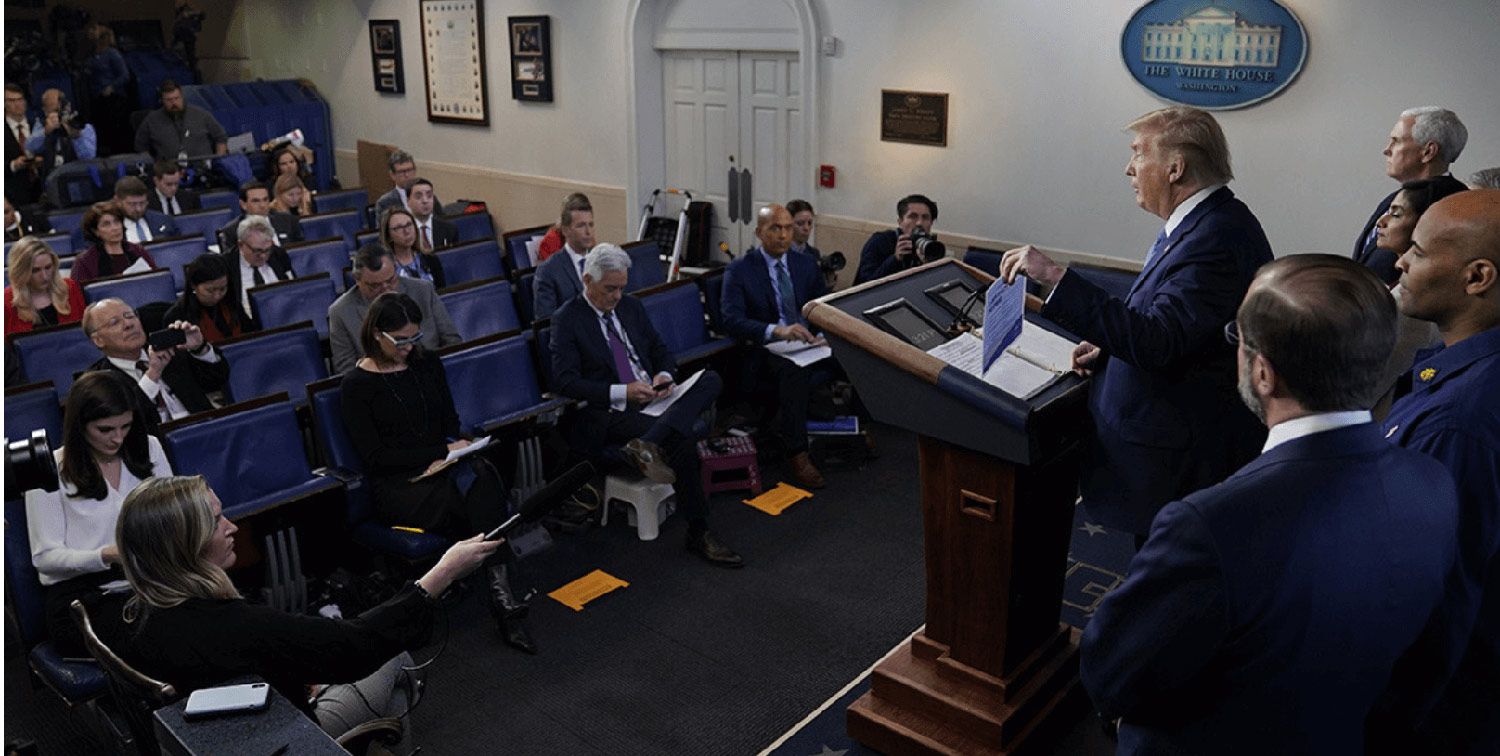 How a seating solution could checkmate Coronavirus

It’s been well reported that the White House came late to the coronavirus story.

But now that even Donald Trump’s staff are doing ‘checkerboard seating’, maybe for the Live Events industry this represents the beginning of the end of the greatest fear associated with the coronavirus – the transmission of the virus by droplet.

So what is ‘checkerboard seating’?

Below is a link to the seating grid for the White House’s briefing room since the virus outbreak. This makes clear that journalists are always to be one seat apart from each other. Bright orange signs are placed on the back of chairs that must remain empty.

But the same idea also has a direct application to the Live Event industry, currently facing its gravest ever crisis. Right across the world, sports, music and special events have been shut down and perhaps the hardest-to-dodge reason is that traditional shoulder-to-shoulder seating manifests lend themselves to the potential spread of pathogens.

By contrast, as Ticket News reports, checkerboard seating staggers individuals throughout rows, distancing them to a horizontal distance of three feet at minimum.

Ticket News reports, ‘Understanding the science involves a deep dive into the world of fluid dynamics. But studies have shown that individuals suffering from respiratory infections diseases such as the current pandemic are spread through the transmission of virus microorganisms in droplets expressed when the infected individual coughs. The size of droplets is a major contributor to the potential for that transmission, and those droplets decrease in size and frequency when there’s enough distance between individuals.

‘The amount and size of droplets decreases exponentially after three feet. And in a theatre-seating scenario, patrons are not facing each other, which further reduces the risk of transmission.’

A website, CheckerBoardSeating, has been launched with links to scientific papers with titles like ‘Characterizations of particle size distribution of the droplets exhaled by sneeze’.

This new ticketing system is still in its initial build-out. A first show – by comedian Bob Saget – went on sale last week, according to Ticket News.

With rightsholders looking at weeks if not months of zero percent match-day revenues, would giving up 50 percent of seated inventory just to get things started again really be so bad?