Inside the World of the US Masters secondary market 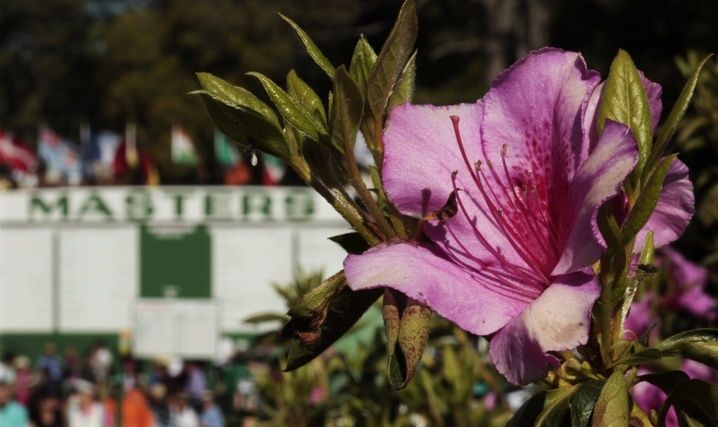 Inside the Business
0 Comments

Earlier this week we received the disappointing but not entirely unexpected news that the already-postponed US Masters tournament would be played behind closed doors without fans for the first time in its 86-year history. It’s an unwelcome interruption for a unique major that has taken place every year at the same course since 1934, with the exception of 1943-45, when the lush course helped raise cattle and turkey in support of the war effort.

The official announcement from Augusta National Golf Club chairman Fred Ridley on Wednesday was straightforward: the club could not find a way to mitigate ‘the potential risks of welcoming patrons and guests to our grounds in November [which] are simply too significant to overcome.’

So to summarise the season thus far: last weekend’s PGA Championship and next month’s US Open will join the Masters as going into the record books as being played without fans, while The Open Championship this year was cancelled altogether.

Official ticket plus hospitality packages for next year’s Open Championships at Royal St George’s are already on sale here.

Augusta’s decision, and excellent reporting from industry bible Sportico, allows us to take a peek behind the curtain at the whole process by which Masters Tournament badges, the right to attend, are traded and offered out to the wider industry and thus to consumers.

Sportico’s JohnWallStreet column quoted, Sam Soni, the founder of PrimeSport [now part of Endeavor] on the financial scale of the fan-free announcement:

‘Beyond just the secondary ticket market, companies like PrimeSport provide [tournament attendees] with hospitality and all [a host of] ancillary services.’ This includes accommodation, none of which will be needed this year. The former PrimeSport President and CEO suggested a fan-free tournament would cost secondary ticketing market stakeholders collectively ‘somewhere between $50 million and $100 million in revenue.’

It is important to understand that there is no real official channel through which golf fans can purchase guaranteed access to the event. The official ticket allocation is subject to random ballot, like the FIFA World Cup, Wimbledon and other major events, because demand outweighs the supply that the tournament is willing to issue.

Although the Masters site makes clear that tickets [or badges] should not be purchased in order to be resold, the site also acknowledges that brokering tickets is legal ‘as long as the buyers and sellers have their correct paperwork and are not within the 2,700 foot boundary’ of the course – basically a distance of just one half a mile. Augusta warns that: ‘Anyone caught buying, selling or handing off tickets within a 2,700 foot boundary around the Augusta National could face misdemeanour charges or get a ride in a police car.’

Sportico’s reporting paints a grim, grim picture of what Augusta’s decision will mean to an already-struggling secondary market in the grip of the Live Event lockdown:

‘To understand why holding the Masters Tournament without fans is problematic for companies playing in the secondary ticketing space, one must understand the chain of custody for badges. Patrick Ryan (co-founder, Eventellect, pictured) explained that unlike most pro sporting events, where tickets are sent to the buyer weeks, if not months, in advance, ‘Masters Tournament badges don’t really exist until about a week before the tournament.’ Because of the limited window of availability, ticket brokers ‘take orders ahead of time, commence on Augusta the week prior to the event and then wheel and deal with the locals [in possession of badges] until all of their orders are filled.’

And so here is where it gets complicated, and could be very messy.

Now that Augusta has confirmed this year’s event will be closed to spectators, many customers who have used the secondary market to purchase their tickets will – not surprisingly - be looking for refunds.

If this was a ‘normal’ golf major, offering official ticket and hospitality, that would not be an issue. But in this instance, the secondary market is purchasing and reselling not from Augusta itself but the club’s patrons and members. With membership of Augusta subject to invitation only, this is a pretty exclusive and powerful group of ‘sellers’.

‘Considering the U.S. economy is in the midst of an economic recession and that the money was paid four-plus months ago (the tournament was originally scheduled for early April), it reasons to assume many of those suppliers [ie the club’s patrons and members] have already spent the funds. If that’s the case, they won’t be able to refund brokers; they’ll look to defer their obligations until next year (Augusta National is granting all 2020 ticket holders access to the exact same ticket in 2021).’

This adds to the already full plate of issues that the secondary market companies are battling with. The default setting that many of these companies, like StubHub, have deferred to is to offer a credit [in StubHub’s case 120 percent of the purchase price] against future purchases. This, in itself, has landed StubHub in a world of legal pain in the US, as we have covered here on The DAIMANI Journal.

Sportico’s comments on these credit-refunds is impossible to disagree with: ‘It’s hard to imagine a customer who bought a pair of badges for USD10,000 or more is going to be willing to accept a five-figure site credit.’

Could you or someone you know be the new face of Formula E?