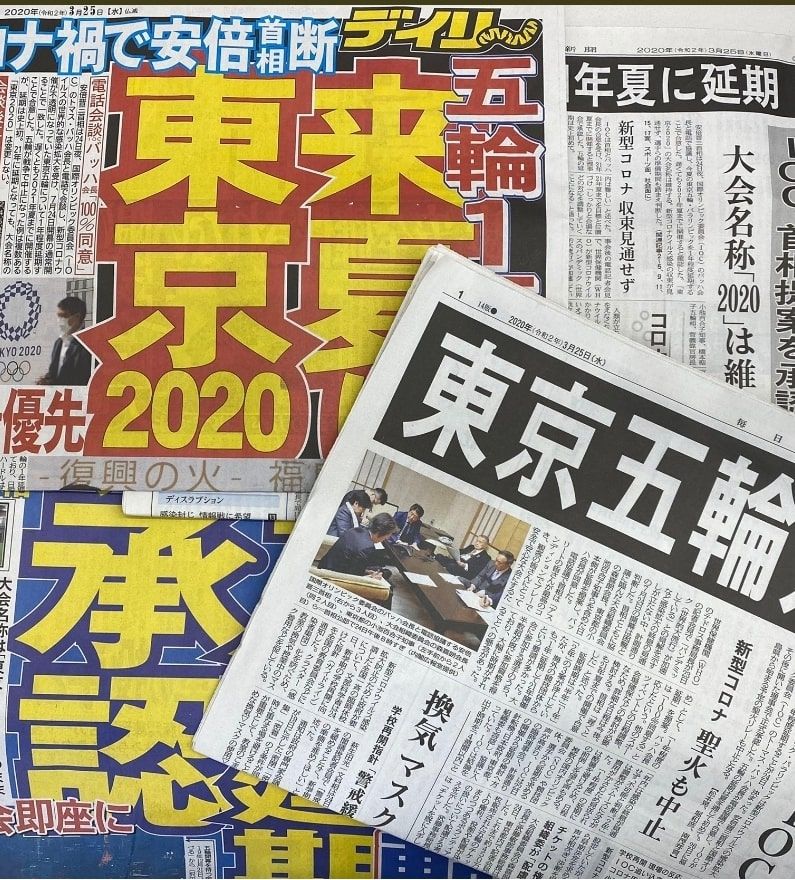 The Japanese deputy prime minister referred to his country’s 2020 Summer Olympics as cursed earlier this week, referring to a 40-year-cycle of bad tidings that accompanied the two previous Games - one withdrawn [Tokyo 1940] and one suffering an almost suffocating boycott [Moscow 1980].

The Japanese have a uniquely challenging existence amidst a range of unyielding foes, from earthquakes and tsunamis to floods and landslides. From this has come a well-developed sense of fatalism.

仕方がない,Romanised as ‘shikata ga nai’ is verbal reflection in Japanese on humans’ powerlessness to control nature’s most destructive forces. A synonym also often used is the phrase shoganai.

The postponement of the Summer Olympics no doubt falls into the shikata ga nai category.

The Guardian has compiled an excellent video charting the highs and lows of these Tokyo Olympics, from the winning of the Games back in September 2013 to the recent ‘shikata ga nai’ days.

As we at DAIMANI are all for Live Event Experiences that offer full cultural immersion, this also gives us the opportunity to link to a Guardian article from two years ago introducing The Ten Best Words in the World that don’t translate into English. [Shogani/shikata ga nai was Number 8]

As the Guardian correspondent says, ‘With its roots in the Zen Buddhist belief that suffering is a natural part of life, it could perhaps be described as Japan’s version of the serenity prayer – a personal and communal recognition that, on occasion, passive acceptance of an unfortunate truth is far easier than trying to deny it.’

So don’t worry. Japan is saying, We’ve got this. We’ll be okay.