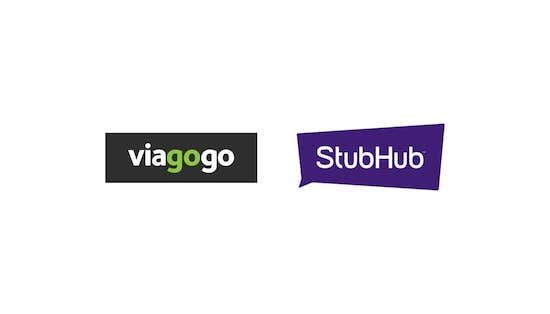 Whatever you have been doing this past week spare a thought for those at Viagogo [real name PUG LLC] who have been given until this coming Thursday by the UK’s competition regulator to rework fundamentally their company’s acquisition of StubHub and how it affects consumers in that country.

Presumably a lot of coffee has been drunk, is being drunk and will be drunk by Viagogo and their advisors before June 18.

Effectively the Competition and Markets Authority have thrown what appears to be a huge, clunking spanner into the US$ 4.05 billion acquisition of StubHub by viagogo that was announced in November last year, and closed in February before the impact of coronavirus on the Live Event industry.

In an initial finding published last Thursday, the CMA found the ‘Stubagogo’ deal could drive up prices for consumers using the secondary market and therefore has to be amended within five working days.

If this doesn’t happen to the satisfaction of the Competition and Markets Authority, the CMA has explicitly said it will launch a deeper investigation into the whole structure of the US$ 4.05b acquisition, about half of which is debt financing. This could potentially lead to the deal being blocked in the UK.

Remembering that the CMA has been looking into these deal since December last year, these are some of the key findings from the CMA press statement:

The Parties [ie Viagogo and StubHub] have an extremely high combined share of supply of [80-90]% by gross transaction value in the supply of Secondary Ticketing Exchange Platforms in the UK, with a high increment of [30-40]% brought about by the Merger.

the CMA found that the Merged Entity would face no other significant competitors post-Merger; its next largest competitor in the supply of Secondary Ticketing Exchange Platforms, Ticketmaster, would have a significantly smaller share of only [5-10]% and all remaining competitors would have shares of less than [0-5]%. This is consistent with the position reflected in the Parties’ internal documents and with feedback from third parties. The CMA therefore found that other Secondary Ticketing Exchange Platforms only pose a weak competitive constraint on the Parties, both individually and in aggregate.

Sky News looks at the secondary ticket market in the UK, in the first video on this link.

According to the Financial Times, the CMA said it’s primary concern is that a merger could push up the prices that ticket buyers and resellers were charged in the form of fees.

Sellers set their own prices on both sites and there is no cap on the extent to which face-value tickets are repriced. But sellers are charged a fee to list their tickets, which the CMA believes could increase as a result of a lack of competition.

Fixing that issue might be relatively straightforward for Viagogo by the simple expedient of agreeing a capped pricing schedule for tickets resold either for UK events or by UK sellers to UK customers, or some combination of the two.

The more intractable issue is what the CMA identified under point 10:

…. The CMA found that there are significant barriers to entry and/or expansion, with network effects making it difficult for rivals to enter and expand: additional users on one ‘side’ of the market (eg ticket buyers) increase the attractiveness of a platform to users on the other side (eg ticket resellers). Since the Merged Entity would have such a high combined share of supply, the CMA believes that such network effects are likely to act as a substantial obstacle to competitors.

11. The CMA therefore believes that the Merger gives rise to a realistic prospect of a substantial lessening of competition as a result of horizontal unilateral effects in the supply of Secondary Ticketing Exchange Platforms in the UK.

Horizontal unilateral effects are one of the most important criteria that regulators use globally to assess whether mergers of companies in the same industry should be approved.

By horizontal, competition lawyers are referring to companies seeking to merge who operate in the exact same space. This is different from, say, vertical mergers of companies in the same industry but that operate in different parts of the chain of production [ie. an oil extraction firm, and a firm that runs petrol stations].

To this layman, at least, it is hard to see a way around this for ‘Stubagogo’ as the deal is currently contemplated. The whole point of the acquisition was to fold two platforms, offering the same service, into one. Or as an eBay spokesman said more artfully, ‘The combined company will allow StubHub and Viagogo to realize efficiencies to reinvest in innovation.’

It is well known that the CMA previously threatened Viagogo with legal action for misleading consumers and  only dropped their pursuit after the firm agreed to overhaul its website.

As the Guardian reported, Viagogo has also faced criticism for profiteering from charity events such as a gig by comedian Peter Kay and charging huge mark-ups for tickets to see Michelle Obama, even when resale was not permitted.

The website went to war with Ed Sheeran, launching a lawsuit against his promotion company Kilimanjaro Live after the pop star barred entry to his gigs to fans who had bought through the company. The Guardian understands it has since dropped the claim and is now being pursued for legal costs by Kilimanjaro Live.

Viagogo also filed a claim in Germany and then used that fact, shortly before it was due to be grilled about its behaviour by MPs on the UK’s culture select committee, to say that the legal proceedings meant it could no longer attend the evidence session, see below.

Perhaps fortuitously for ‘Stubagogo’ past dust-ups with the CMA are not part of the current investigation. The focus is only on ‘market size’ and those ‘horizontal unliteral effects’.

‘Viagogo is already the largest secondary ticketing company in the UK by some considerable margin and has purchased an established rival, with no other significant competitors in the market,’ said Andrea Gomes da Silva, pictured, the CMA’s executive director for markets and mergers. ‘We are therefore concerned that this transaction could lead to customers losing out through higher prices, less innovation and a lack of real choice.’

According to individuals close to the process, Viagogo and StubHub argued that the CMA should have considered the competition provided by primary ticketing sites too, but the watchdog refused, concluding that the two were distinct.

Viagogo said: ‘As we have throughout this process, we will continue to work diligently with the CMA during their review of the transaction. We remain committed to our belief that the combination of the two companies is a good move for customers worldwide.’

In the second video here, Viagogo managing director Cris Miller said the company is now a ‘leader in consumer protection’

The DAIMANI Journal tracked has tracked every step of the acquisition and we suggested in the strongest possible terms that the political heat around Viagogo made some form of UK regulator intervention impossible to avoid. The UK’s most prominent anti-Viagogo campaigner received an MBE in last year’s New Year’s Honours list.

In our April story, we also ran the numbers for what the UK market might represent in the overall global scheme of the ‘Stubagogo’ merged operation:

‘With our DAIMANI hat on, we know that if ‘Stubagogo’ is not able to access the UK market as originally planned, this will be a major unravelling of the financial assumptions behind the deal. For both DAIMANI, selling official VIP Hospitality, and Viagogo, offering secondary market tickets largely in breach of the tickets’ terms and conditions, the UK is the biggest and most lucrative Live Event market outside the USA. The UK and Ireland are two of the top five countries in the world for searches of ‘Viagogo’, according to Google Trends.

‘And the value of the market to Viagogo? IQ Magazine says the UK’s secondary ticketing market is worth an estimated GBP1 billion a year with half of this derived from music events.’