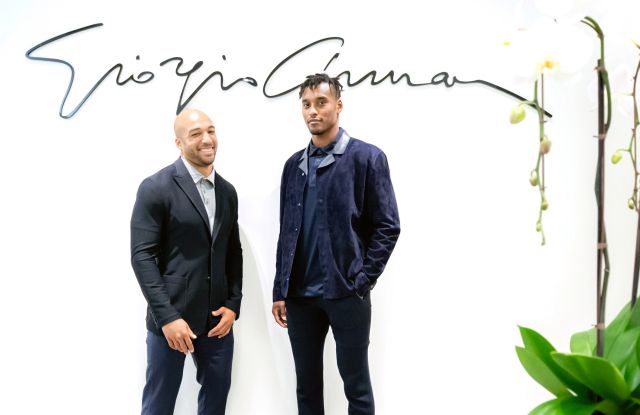 If you have been watching the UEFA European Championships or Tokyo Olympics this summer you know it’s been a breakout year for Italian sports.

Both of those teams had sponsorship deals with Italian fashion impressario Giorgio Armani, the official outfitter of the Italian Olympic team, as well as the Azurri. Armani also owns the AX Armani Exchange Olimpia Milano basketball team based in Milan.

"I am proud to dress our national team at this time, and for such an important championship. I worked on an idea of elegance that is spontaneous, sporty and authentic." Giorgio Armani. @EURO2020 @azzurri #Euro2020 #EAzzurri pic.twitter.com/S2ZVyC9OZI

But in a ground-breaking step across the Atlantic, Armani has now made his first move into the National Football League, according to a report in the Women’s Wear Daily.

The LA Chargers – formerly the San Diego Chargers – are one of two NFL franchises located in Los Angeles, one of the country’s most significant media and cultural markets. The Chargers and LA Rams both share tenure at the 70,000-seater SoFi Stadium, one of only two current NFL venues which host two teams.

But it’s not necessarily an association with the Chargers that is of interest to Armani but the Chargers LUX programme – a unique, high-end concierge-type engagement between the suiteholders and premium seat owners and some of the best-known, hardest to access concerts, restaurants, and opening night events.

So the sponsorship deal sees Armani appointed as the ‘luxury style partner’ of the Chargers’s premium membership program, Chargers LUX.

‘Armani was exploring ways to tap into the affluent burgeoning sports market in L.A., and the Chargers were looking at ways to continue to elevate their LUX membership value and benefits by bringing on an iconic style partner,’ Chargers LUX vice president Kevin Gessay explained in an exclusive statement to WWD. ‘When considering premium clientele in Los Angeles, where expectations are off the charts and access and unique experiences are the ultimate currency, the partnership answered both of our business objectives in a manner that is unrivalled.’

The team has promised its VIPs, Chargers premium members and loyal Armani clients a menu of special events, activations and customised merchandise year-round as part of the team’s hospitality program in L.A., where Armani has a long-standing history in Hollywood — particularly on the red carpet — and a boutique at 436 North Rodeo Drive.

‘This partnership is all about connection; bringing our two worlds together and creating unique experiences and providing access,’ said Gessay.