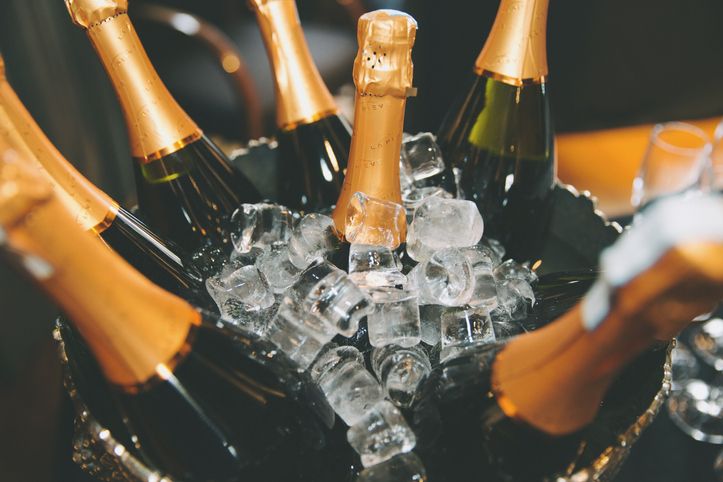 The big birthdays in our business that fall this week

Justine Henin [1982], Belgian tennis player and winner of the Australian, French and US Opens; Alanis Morrisette [1974], Canadian singer-songwriter of very glum songs about men, and Heidi Klum, German-American model; Martin Brundle [1959], British racing driver, commentator and all-round Formula One powerbroker and fixer; Chiyonofuji Mitsugu [1955], Japanese sumo wrestler, d. 2016; and New Zealand cricketer Matt Poore [1930] who on the 1955-1956 tour of India once went to sleep standing up in the field, due to the side effects of gastric medication he had been prescribed. He would later be bitten by a stray dog on the pitch in Bangalore requiring two weeks’ worth of rabies treatment.

And also happy birthday to CNN which started broadcasting this day in 1980, and the Heimlich Manoeuvre which was first published in Emergency Media today in 1974.

This was also the day that police had to intervene four times in the 1962 FIFA World Cup match between Chile and Italy, one of the most violent matches in football history; Chile won the match 2-0, two players were sent off from both sides and little wonder that the referee that day, England’s Ken Aston, would go on to conceive of the yellow-red card system still used today. PT ‘The Greatest Showman on Earth’ Barnum started his very first tour of the United States today in 1835.

Rafael Nadal, Spanish tennis player, winner of 12 French Opens and more than US$ 120m in prize money [1986]; Yelena Isinbayeva, Russian pole vaulter, two-time Olympic champion and still world-record holder [1982]; Wasim Akram, cricketer, national team captain and ‘Sultan of Swing’ and the only Pakistani to be named in Wisden’s Test World XI to mark the publication’s 150th anniversary [1966]; George V, of the United Kingdom. For the 1908 London Olympics Princess Mary, the wife of the future George V, gave the signal for the start for the marathon in the grounds of Windsor Castle. The Windsor Castle start required the competitors to run an additional 385 yards to reach the stadium finish line which has ever since been the official marathon distance, 26 miles and 385 yards.

On this day in 1992, Aboriginal land rights are granted for the first time thanks to the Mabo v Queensland (No. 2) case brought by Eddie Mabo. Today in 1950, French climbers Maurice Herzog and Louis Lachenal become the first to conquer Annapurna 1 [8,091m or 26,545 ft]; in France Herzog is as well known today as other French heroes like Jean-Claude Killy and Jacques Cousteau; Lachenal not so much. From a percentage point of view, Annapurna has the highest fatality rate by far of the ‘eight-thousanders’ at around 33% [vs Everest at 1.5%].

Happy birthday to the Pulitzer Prizes which were distributed for the first time this day in 1917, including the first of three awards to legendary investigative reporter Herbert Swope, ace poker player, fierce critic of the Ku Klax Klan, member of the Algonquin Round Table and inductee of the Croquet Hall of Fame. And the villagers of Roquefort-sur-Soulzon were granted a monopoly on the production of Roquefort cheese, this day in 1411 by King Charles VI, a protection still recognised today under EU law.

Mark Ella [1959], brilliant Australian rugby union flyhalf whose debut in 1980 against the All Blacks saw Australia successfully defend the Bledisloe Cup for the first time and, as Wallaby captain in 1984, he scored a try in each of the Test matches of Australia’s Grand Slam against the four Home Nations; John Carlos [1945], the bronze-medal winner in the 200m at the 1968 Olympics whose Black Power salute on the medal podium caused international controversy – the 200m gold medal winner Tommie Smith, who joined Carlos in the protest, has his birthday on June 6 1944.

The Qatar blockade starts [2017], led by Saudi Arabia, United Arab Emirates, Bahrain, Egypt, Libya and Yemen which will have a yet-to-determined impact on the staging of the 2022 FIFA World Cup. On this day in 1981 barely anyone noticed when The Centers for Disease Control and Prevention reported a rare form of pneumonia killing five people in Los Angeles in their ‘Morbidity and Mortality Weekly Report’ in what would turn out to be the first reported cases of AIDS. On this day in 1956, Elvis Presley performed his new single Hound Dog on the Milton Berle TV Show shocking audiences with his sexualised hip movements and almost causing the end of the world in some people’s minds.

Call to action: do you want to protest UK govt's quarantine plans for travellers?