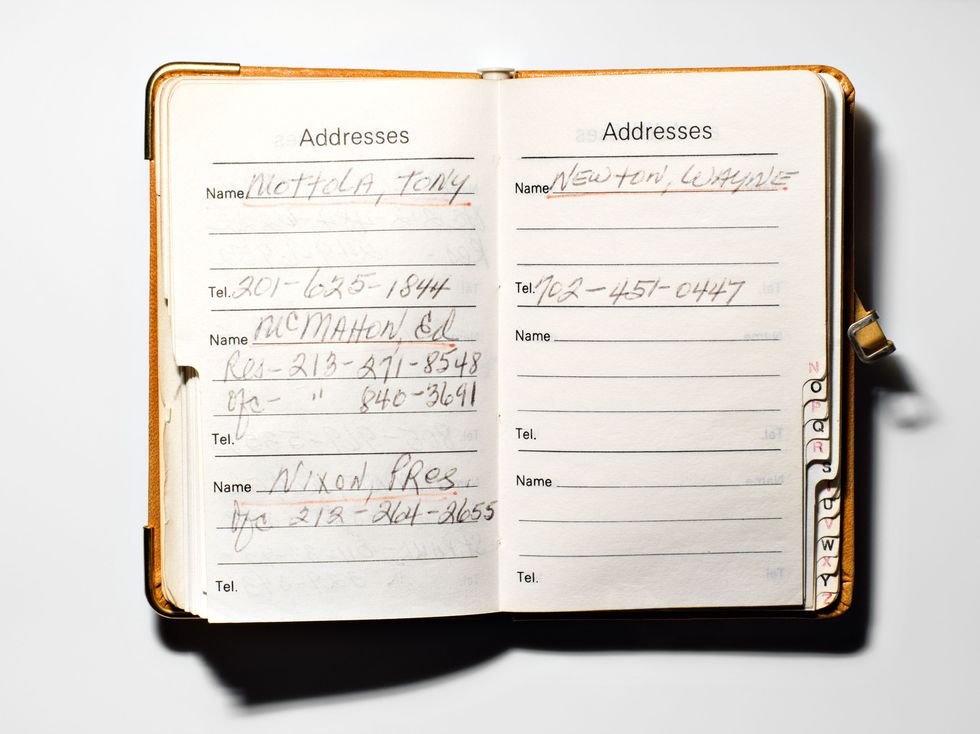 The coolest address book in all of music? That would have to be Frank Sinatra's

There are legends in the business of official VIP Hospitality and then there is Frank Sinatra, who died in 1998 aged 83.

How legendary are we talking? Well, if you Google his name and add ‘VIP Tickets’ you will see the extent to which a singer dead for more than twenty years is still sustaining a vast business in official VIP Hospitality around tribute bands and one-man shows from those who knew and worked with him.

In his legendary 1966 story for Esquire ‘Frank Sinatra Has a Cold,’ writer Gay Talese describes Sinatra as ‘the embodiment of the fully emancipated male, perhaps the only one in America, the man who can do anything he wants, anything, can do it because he has money, the energy, and no apparent guilt.’

As well as selling more than 150 million records in his career, both the reality and legend of Sinatra hangs over all of us to this day. We’re still being prompted by the media to digest and make sense of the uncanny resemblance, pictured, between Sinatra and journalist Ronan Farrow, who shared a Pulitzer Prize in 2017 for his reporting on the Me Too Movement.

Ronan’s mother, the actress Mia Farrow, has said it may be possible that Sinatra was her son’s father even though Ronan was born when she was with film legend Woody Allen and 20 years after Farrow divorced Sinatra in 1968.

So we were surely intrigued to read an article in a recent Wall Street Journal about Sinatra’s address book which has been photographed by Swiss-based Henry Leutwyler. Leutwyler’s own efforts in securing the address book sounded positively Sinatra-like: Leutwyler says his interest in the singer’s phone book began after a night of excessive drinking in Zurich with ’60s ‘Bond girl’ Ursula Andress—she fell asleep in his lap.

The still-life images are published as Hi There!, a monograph from Steidl which can be purchased for EUR38 [DAIMANI receives no commission for any sales generated].

The book consists of 69 images, capturing all of the 108 names listed. Dean Martin and Jerry Lewis are there. Plus Wayne Newton, Don Rickles, and Roger Moore; one secretary of state (Kissinger), two presidents (Ford, Nixon), Prince Rainier of Monaco, three dentists, an Agnew, and a Rockefeller, as well as guys named ‘Nifty,’ ‘Skinny,’ ‘Smokey’ [Sinatra’s nickname for the heavy-smoking Sammy Davis Jnr., and ‘Whitey.’

Steve Wynn, the real-estate and hotel-casino mogul who played a major role in creating modern Las Vegas, also gets an entry. As Wynn said in a 1998 interview in the Las Vegas Sun, it was Sinatra’s idea for him to switch from the more prestigious venues on The Strip to the emerging Golden Nugget downtown—thus helping to revitalize an entire district of the city. ‘He walked in here and said, “This is perfect,”’ Wynn recalled. ‘He was the only man in show business of that calibre who wanted to come downtown. He said this room reminded him of an old saloon.’

In a separate article in Esquire, we are told that Sinatra owned more than one address book—his over-stuffed, three-ring desktop binder sold for USD8,960 at a 2015 auction—and Leutwyler believes that this book, at 4.1 x 2.7 inches and small enough to fit in a suit pocket, was primarily for travel.

But while plenty of famous names populate its pages, many you’d expect to see simply aren’t there. Like Sinatra’s former wives and girlfriends—Ava Gardner, Mia Farrow, Nancy Sinatra, Judy Garland, Angie Dickinson, among others—with whom he remained on good terms.

Esquire says: ‘There’s also no apparent sign of the singer’s old and—shall we be blunt?—mobbed-up friends, gentlemen like Chicago boss Sam Giancana or Detroit’s Vito ‘Billy Jack Giacalone. In fact, who Sinatra chose not to include in the book proves his uncommon discretion. If it was a travel book, and if he happened to lose it, ‘Sinatra wouldn’t want it to give away too much information,’ Leutwyler muses. ‘He didn’t want to incriminate anyone. He didn’t want to incriminate himself.’ Which perhaps explains why the name of one Helen Turpin failed to make an appearance. According to Talese, for three years, Turpin was charged with ferrying Sinatra’s hairpieces, for which she was paid USD80 a day.’