The day a single Official VIP Hospitality pass sold for a cool US$ 212,500 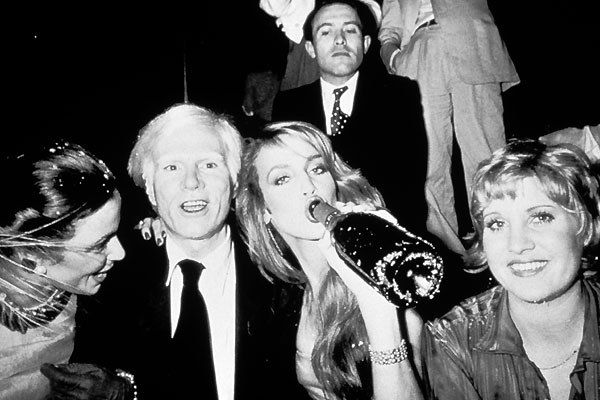 Okay, apologies for the smallest touch of click-bait: the official VIP Hospitality pass that we’re talking about is not for a sports or music event. It’s actually an oil and silkscreen print on canvas known as ‘VIP Ticket’ by Andy Warhol. The artwork is a typically Warhol-like reproduction of everyday item, in this case the tear-off VIP tickets that were issued by famous New York nightclub Studio 54 in its 1970s heyday.

By the late 1970s, Studio 54 was one of the best-known nightclubs in the world, playing a key role in the growth of disco music and nightclub culture.  Andy Warhol was a regular fixture at the club, which was an icon of excess, drugs, and celebrity VIPs.  According to Sotheby’s auction notes Myra Scheer, the former assistant of the club’s co-owner Steve Rubell, recalled ‘Andy used to say that Studio 54 was a dictatorship at the door and a democracy inside — everyone was a star… Everyone was there to have fun. This was before the red carpet. Everyone mixed and danced. No one asked for autographs.’

The VIP Ticket print that came up for auction in September 2012 was gifted by Warhol to Thomas N. Armstrong III, pictured.  Armstrong was the director of the Whitney Museum of American Art and quadrupled the size of the museum’s permanent collection overseeing acquisitions that included Frank Stella’s black painting, Die Fahne Hoch!, Jasper Johns’ Three Flags, and Alexander Calder’s Circus. A show of portraits by Warhol was held in 1979 at the museum.

Shortly following his time at the Whitney, Armstrong became the director of the Andy Warhol Museum in Pittsburgh in 1993, a year prior to the museum’s opening. In describing Warhol’s process, Armstrong explained, ‘He harvested ideas from everything that was going on around him and thrived on a cacophony of experiences which he edited and then subjected to his own order.’

By the way, the most expensive official VIP Hospitality package that we’re aware of is the single-match pricing for the Tsarsky Lounge for Match 64 [the final] of the 2018 FIFA World Cup. The price – for the very best seat in the house and exceptional hospitality – US$ 19,800 per package is less than a tenth of the Warhol artwork.

Oura: the non-bling titanium ring that may save the NBA season. Or not.