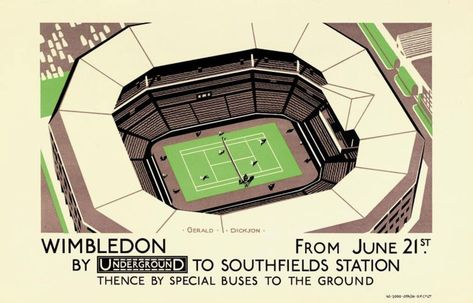 When Bagenal Harvey died in 1987, his passing was barely remarked on, either in Britain or anywhere else in the world, despite the tens of thousands of lives he touched and the millions of dollars he helped generate.

In fact, you can tell when someone’s been forgotten in these digital times by trying to search for an image of Harvey online. Zero. Zilch. Absolutely nothing. Even in the elephantine archival memory of Getty Images.

Such an unusual and exotic first name should make finding Bagenal Harvey online a no-brainer. Yet the vast majority of Google search results and a Wikipedia page lead instead to a namesake Irish barrister who led a brief rebellion against British rule in 1798, before being executed, his head being spiked outside the courthouse in Wexford to discourage others.

But Bagenal Harvey was the man more responsible than any for turning the serene setting of the All England Lawn Tennis Club’s Wimbledon into one of the world’s most successful commercial sports hospitality operations. The Championships is the largest annual sports catering operation in Europe, with more than 2000 food and beverage staff serving the 39,000 spectators that flood in each day.

Like so many of us, Harvey came into the business of sport unintentionally.

Harvey was a director of a cardboard-box packaging factory in Wales, and part-time sportswriter, when a journalist friend asked him to help manage the chaotic postbag of dual England cricket and football international Denis Compton.

Travelling by ship for a cricket tour of South Africa in 1948, Compton had an extra suitcase that was full to overflowing with unopened mail. Compton had assumed they were simply requests for autographs and passed them to Harvey to deal with. But tucked away were dozens of sponsorship and other commercial offers. By the end of the 1940s Harvey had switched from being one of Britain’s many theatre agents to the country’s first sports agent.

What we know about Harvey comes largely from the reports of others – both favourable and unfavourable. The England striker Jimmy Greaves wrote a colourful pen portrait of Harvey, his agent: ‘a dapper man, a gentleman of impeccable manners who often wore a worsted jacket and an open-necked shirt from which billowed a red cravat like a June rose’.

We also know that Harvey’s agitating for better financial terms on behalf of clients won him few friends in the upper reaches of many amateur-minded sports administrations. In December 1968 the Bagenal Harvey Organisation was formally discussed at a meeting of The Football Association council. The man himself was described to the council as being ‘harmful to the game’ (Harvey successfully sued The FA for libel when their comments were reported).

A new era of commercial possibilities

While the FA was fighting to defend some imaginary line in the sand, by the late 1960s the AELTC’s leadership of Wimbledon was in an entirely different place. The tournament had finally embraced the concept of professionalism and the 1968 Championships was the first ‘open’ competition in the tournament’s history. This ushered in a new era of commercial possibilities.

According to Frank McCartney, former Managing Director and Chairman of the Sports Division of Compass Group, Wimbledon’s initial hospitality offer was a decidedly modest affair: just two tents set up on one of the club’s spare lawns. ‘Around 40 guests in each tent from two multinational companies enjoyed drinks, sandwiches and the famous strawberries and cream,’ says McCartney.

McCartney says none of this would have been possible without Harvey. He was the key, in McCartney’s words, because he ‘had a great relationship with the Club and got them to agree to put in two tents and the first went to ICI’, referring to the British chemical conglomerate Imperial Chemical Industries [whose assets are now split between AkzoNobel and Henkel].

The key sports asset in McCartney’s Compass Group, a multinational food service company that provides more than 5.5 billion meals a year, remains Keith Prowse, which Compass acquired in 2004. Keith Prowse is one of the industry’s most highly regarded companies, especially for the ongoing success of their official Wimbledon hospitality programme, recently renewed through to 2023.

What detailed information we have about those early Bagenal Harvey years of Wimbledon hospitality comes from the papers of Mark McCormack, the founder of the International Management Group. More than 2,500 boxes of McCormack’s correspondence was left to the University of Massachusetts Amherst after his death in 2003, to digitise and publish online.

In a December 1975 memo, McCormack details that a 60’ x 60’ marquee on an unnamed Wimbledon hard court is being offered by Bagenal Harvey at £5,000 net to the AELTC, along with the right to purchase 20 Centre Court tickets at £80 per day. £5,000 was equivalent to half what Arthur Ashe earned that year for winning the men’s singles would, adjusted for inflation, would be about £40,000 today.

Almost a year later, McCormack confirms in writing a three-year deal between IMG and the Bagenal Harvey Organisation, on behalf of Wimbledon, to rent half of Court 4, and the whole of Courts 5, 7 and 8 in order to construct, operate and sell hospitality chalets. The agreed fee totals £142,500.

In all but one respect, the operation of the hospitality programme in the 1970s appears similar to today. That one exception was that McCormack and Harvey agreed it was critical to coordinate their client lists so as to offer product exclusivity across all of the chalets.By September 1977, and after only one of three tournaments in the agreement, McCormack is already writing to Harvey saying he needs more space because so many clients are interested.

By January 1978, McCormack writes in a memo to one of his top lieutenants that he sees so much potential in the marquee tent opportunity at Wimbledon that it is crucial to secure a fresh long-term agreement with Harvey.

‘This one is going to be a total giant over the years,’ says McCormack, in a memo to right-hand man Jay Michaels, in which he underlines ‘total giant’ and adds ominously, ‘far more than Bagenal has figured out.’[our emphasis]

Ominously, he adds, that the ‘immensely successful’ prospect for corporate hospitality at Wimbledon was ‘far more than Bagenal [Harvey] has figured out’.

The last IMG letter is dated May 1988, the year following Harvey’s death. The memo notes simply that the Bagenal Harvey Organisation had been acquired by the former athlete and entrepreneur Alan Pascoe. And thus ended the first chapter in the Wimbledon hospitality story. 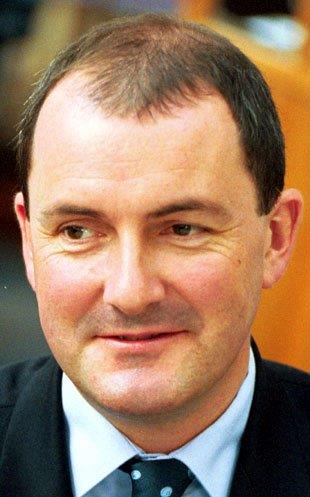 Chris Jones
An award-winning, UK-based sports writer who has covered international rugby & tennis for more than 30 years. He has written for every major British newspaper and has extensive TV & radio experience.
Website Twitter