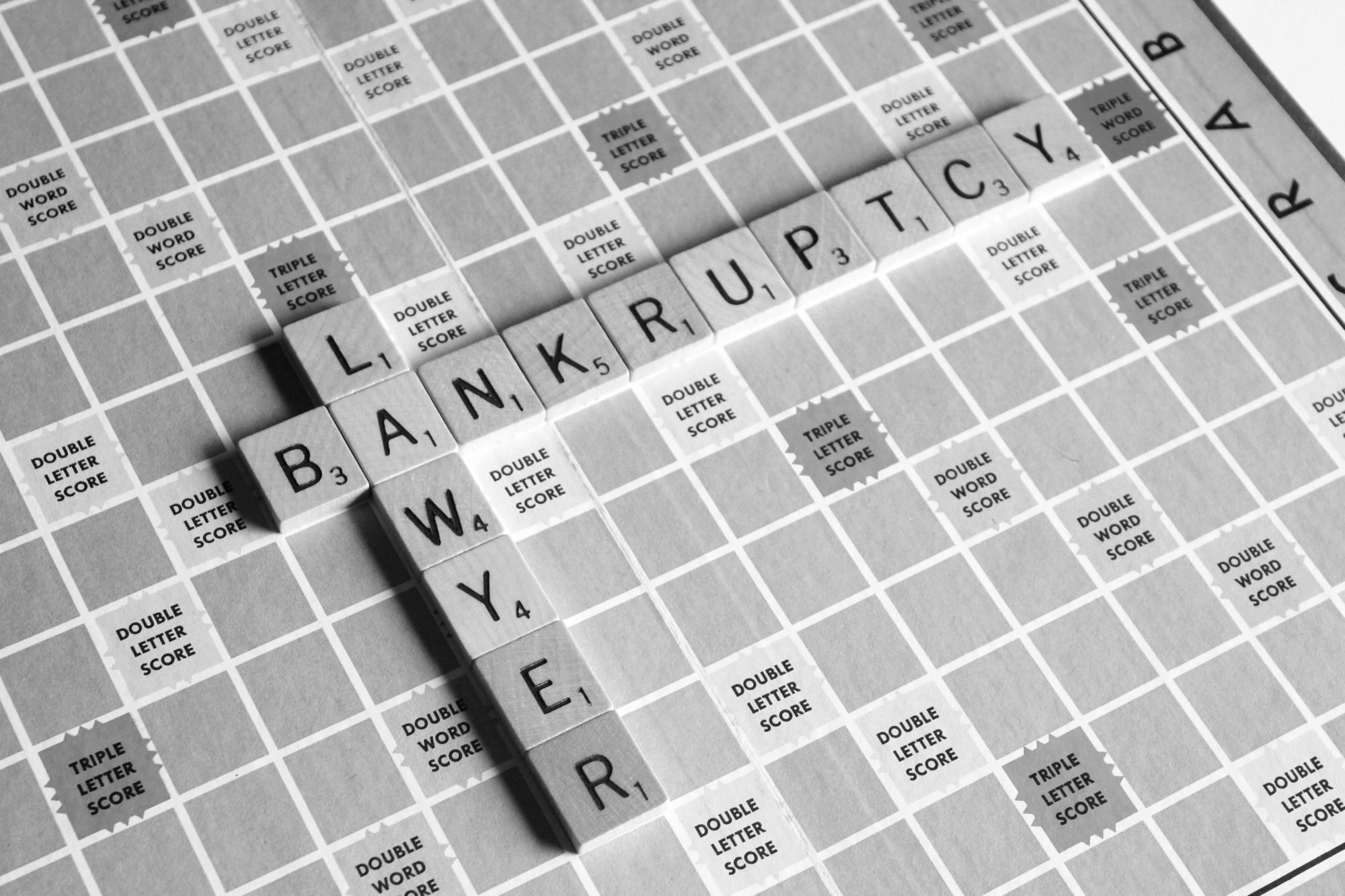 The dateline for the self-penned blog was April 1 but this was anything but an April Fool’s Joke.

This is Eric Fuller’s simple prediction:

‘I believe that StubHub, the company which was just acquired by Viagogo for USD4 billion is on the verge of collapse. What I’m hearing suggests they’ll file a bankruptcy petition around April 15th. That makes sense. Ticket sales are on pause worldwide. No one knows when sports, concerts or theater will resume. Consumers are out of work. And, if you’re StubHub selling USD5 billion of tickets a year and you are looking at having to refund that money, where’s it going to come from? Likely every reserve you had went toward the purchase of StubHub from eBay.’

Firstly who is Eric Fuller and should we take his warning seriously? The answer is that, unequivocally, he is well qualified to comment. He is the ticket broker who once sued Ticketmaster over FX rates, , this is a link to his regular guest commentaries on and his LinkedIn profile.

The DAIMANI Journal wrote to Fuller to ask if, a week later, he still stands by his April 15 prediction. These are our questions and his replies:

Fuller comes to this issue from a different perspective than DAIMANI: frankly speaking we’re not fans of the secondary market. We believe if you’re going to pay ‘face-value plus’ for a Live Event then buying official VIP hospitality provides all of the purchase certainty, integrity and customer that companies like StubHub and Viagogo struggle to deliver consistently.

But, by contrast to DAIMANI, Fuller’s decades-long experience comes from within the engine room of the North American secondary ticket market and he is a fierce advocate for the business.

In fact the thrust of his long April 1 article is how to save the primary and secondary ticket industry from being wiped out by the impact of the coronavirus. But his opinion piece contains a specific warning to those ticket brokers out there who use StubHub as a selling channel, buying tickets on risk to sell through StubHub for a margin, that they must beware:

‘In my decade of working in and advising companies related to ticketing I’ve seen three resale markets fail: ScoreBig, Rukkus and RazorGator. Combined these markets were a fraction of StubHub’s size. I was involved in efforts to acquire ScoreBig and RazorGator so I saw their financial information. The facts were almost exactly the same with both companies. Money came in from consumers for tickets and some of it got spent running the business. When the amount that got spent began to interfere with the business’ ability to pay for the tickets they owed their customers, they sputtered to a halt as brokers pulled their inventory. Anyone who continues to sell tickets on StubHub now is at risk of the same result.’

Fuller’s original warning was made before this week’s news that a class action lawsuit was filed this week by a Wisconsin plaintiff who accused StubHub of breach of contract and negligent misrepresentation. At issue is StubHub’s ‘FanProtect guarantee’ which promises users a full money-back refund if an event was cancelled but has now been suspended in the face of the Live Event shutdown.

The plaintiff’s 2 x USD120 tickets were for a now-suspended, almost certainly cancelled NHL game between the Winnipeg Jets and the Minnesota Wild. On March 12 and then March 25 StubHub essentially closed the money-back guarantee and instead started promising coupons worth 120 percent of the purchase price in lieu of refunds, to be used within 12 months.

A StubHub spokesman told Billboard they do not comment on pending legal matters.

The official social media accounts of StubHub and those in the sports media covering ticketing make it clear how their customers are already flogging the company’s reputation to death.

StubHub’s decision to abandon their money-back guarantee may have been all but inevitable in these extraordinary times. But other secondary ticket sites, including TickPick and VividSeats, are returning monies according to social media postings.

If Fuller’s prediction is correct, StubHub is likely to enter into a Chapter 11 bankruptcy, the section of the US bankruptcy code that allows businesses to reorganize their debts. Once Chapter 11 is filed, all creditors are temporarily prohibited from taking any action. The business has four months to come up with a reorganization plan, though that can be extended to 18 months. After that, creditors can propose reorganization plans.

Although there is a significant reputational taint attached to filing for bankruptcy, especially if paying customers are relegated to the lowest rung of the ladder as unsecured creditors, there is nothing to suggest that StubHub could not emerge at the other end. They may even be all the stronger.

Famously, that is what happened to General Motors who entered Chapter 11 in 2009 following the financial crash, with debts in excess of USD30 billion.

GM’s example may give guidance about how such a process would work:

This article in Forbes tells the story of how a restructuring expert Jay Alix steered GM through the process in a way that avoided the filing becoming a ‘company-killing bankruptcy’.

‘In short, I proposed that GM split into two very separate parts before filing: "NewCo," a new company with a clean balance sheet, taking on GM's best brands and operations; and "OldCo," the leftover GM with most of the liabilities. All of the operational restructuring to make the new company profitable would also occur before a bankruptcy filing so GM could go through bankruptcy in a matter of days--not months or years with creditors and other litigants fighting over the corporate carcass while the revenue line crashes.’

Hanging over all of this is Viagogo and their USD4.05 billion cash purchase of StubHub from previous owners eBay. The creation of ‘Stubagogo’ has been widely criticised by those in the Live Event business, including DAIMANI.

The ‘Stubagogo’ deal was revealed in November, then announced as closed in mid-February, but immediately paused thanks to an investigation by the UK’s competition watchdog which is yet to publish its findings.Beyond the billions presumably now banked by eBay, Viagogo itself is no magic money tree for StubHub. Their business is as badly impacted as any other in this space: Irish media have been reporting this week that potentially all 170 staff at Viagogo’s Limerick customer call centre have been put on ‘protective notice’, a legal term that indicates employee numbers are likely to be cut and those remaining could be moved to part-time hours.

This is Viagogo CEO Eric Baker, in simpler, happier times, talking about the ‘Stubagogo’ deal last year on Bloomberg  – and from 2.00 answering questions about the poor industry reputation of both Viagogo and StubHub.

A quick review of TrustPilot [customers] or Glassdoor [employees] shows that not many people will be too upset about any difficulties that StubHub is causing Baker and his financial partners behind Viagogo.

Afterall, this was the man who stunned the Los Angeles real estate market two years ago by plonking down USD23.5 million in cash for a Beverly Hills property.

As Dirt.com reported: ‘Now, most USD23.8 million houses [the list price] take months — even years — to sell, if they sell at all. But not this place. The property transferred to a new owner after just one month on the market, for the sale price of USD23,500,000. For y’all non-math majors, that means the buyer paid 98.7% of the asking price. And what’s more, the sale was all cash. Ka-ching!’

The DAIMANI Journal contacted StubHub and Viagogo through their social media accounts but received no reply before this was published.