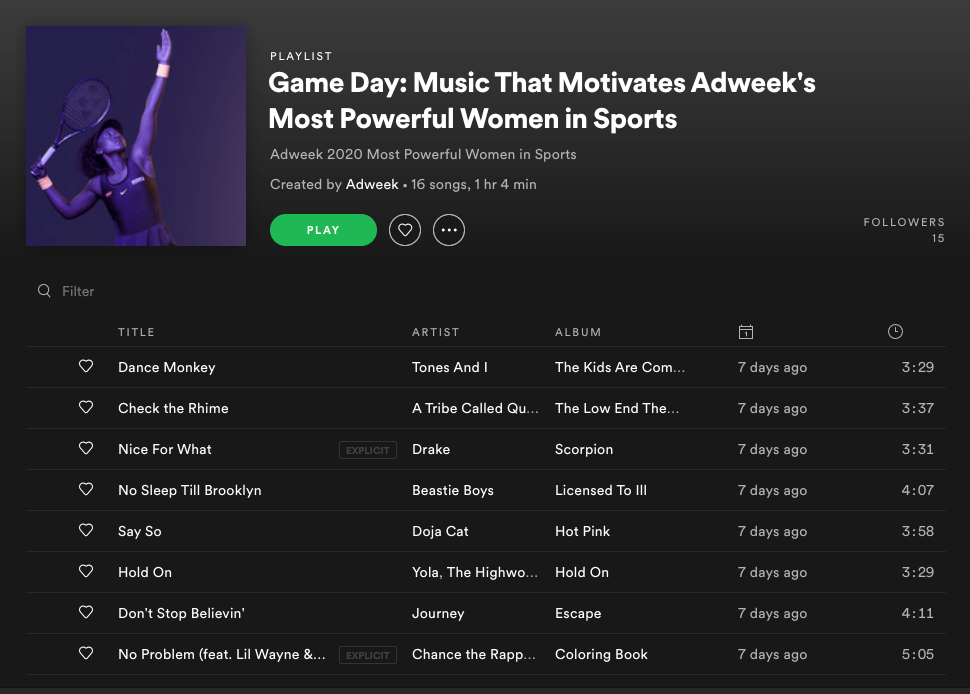 The American weekly publication Adweek, which has been charting the advertising business since 1979, published their ‘Most Powerful Women in Sport’ review last week.

There were 31 women honoured but no ranking as such, although tennis’ Noami Osaka was Adweek’s cover star for that particular issue. To read a full-length interview with Osaka click here.

It would have been impossible to ignore the impact that the coronavirus has had on the sporting industry this year.

As the magazine noted: ‘Adweek’s Most Powerful Women in Sports honorees found ways to influence, innovate and raise the bar for their brands and for fans at a time when we needed sports most. Many of these remarkable women—including NWSL commissioner Lisa Baird, MLS president JoAnn Neale, Nascar’s Jill Gregory, the NHL’s Heidi Browning, MLB’s Barbara McHugh, WTA president Micky Lawler, WWE’s Stephanie McMahon, Kate Jhaveri of the NBA and our cover star Naomi Osaka—were an integral part of the groundbreaking “Real Heroes Project” in May that united 14 professional sports leagues to celebrate the country’s front-line medical workers.’

The DAIMANI Journal congratulates each and every one of them – as well as those women who are toiling just as hard as the winners but are yet to emerge, still out of sight, still yet to be rewarded and recognised in our industry.

One of the most intriguing elements, in terms of ‘personal reveals’, was that Adweek asked each of the women to nominate their ‘Go-to game day song’. There was an interesting mix of the contemporary and classic:

For instance, the CMO of the NHL chose No Sleep Till Brooklyn by Beastie Boys while the WNBA Commissioner picked the all-time classic Don’t Stop Believin’ by Journey.

Not all the women put forward a song. But Adweek and Spotify pulled together all of the nominated songs. We’re happy to present them altogether for your listening pleasure and inspiration.