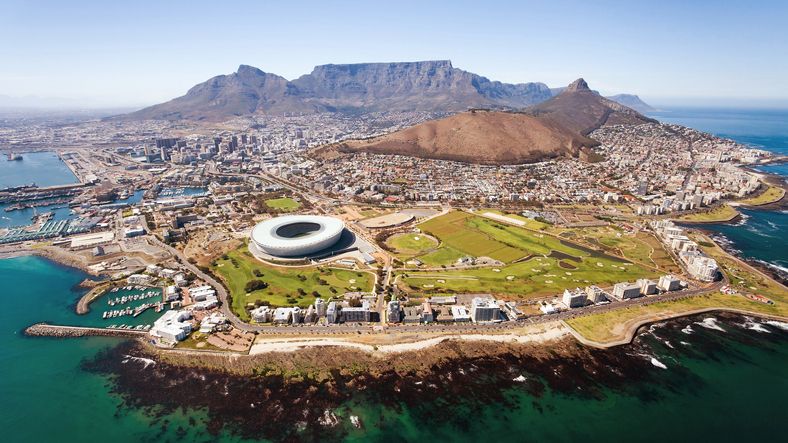 What were you doing ten years ago today when football and official VIP Hospitality history was being made?

Ten years ago today was the opening match of the 2010 FIFA World Cup and the first time that the world’s most popular sports event had been hosted on the African continent.

In a powerful, first-person essay published today, Rich Mkhondo who was the chief communications officer for the 2010 FIFA World Cup Organising Committee said the South Africa-hosted event ‘proved that soccer, football, can be the unifier, pacifier, guiding light and an invisible link that ties communities across the world together’.

You can read his entire essay here, but we have extracted the opening paragraphs.

After six years of preparations, when South Africa played Mexico in the first match, our Rainbow Nation proved that you can live it, live through it, or make a living from it, but it is impossible to underestimate the power of football, the major mover and shaker that totally captivates the rest of the globe.

For us Africans, the 2010 FIFA World Cup confirmed football was the opiate of the masses, a gigantic non-denominational religion.

As we chanted, "Feel it. It is here", it was here to prove that like no other sport in the history of mankind, soccer can unite an entire country to speak as one; that this round ball can elicit incredible emotions, even bring competing nations together.

Although his reputation is tainted in the minds of some, DAIMANI is happy to pay tribute to the exceptional and almost single-handed role that former FIFA president Sepp Blatter played in steering the FIFA World Cup to Africa.

He had campaigned in his first FIFA presidential race in 1998 with the promise to hold an ‘African World Cup’ in the near future.

But that did not happen as Blatter had planned when, in 2000, Germany was selected as host of the 2006 tournament winning by 12 votes to South Africa’s 11.

Blatter then introduced a new procedural rule that awarded the FIFA World Cup hosting rights on continental rotation, starting with Africa, of course.

As well as being the first FIFA World Cup hosted in Africa, the other significant piece of history that was made this time ten years ago was that it represented the tournament launch of MATCH Hospitality.

MATCH have operated the FIFA World Cup official hospitality programme since their appointment by FIFA in October 2007 at the end of a public tender process.

The South African tournament was their first FIFA World Cup but they have since run the 2014 and 2018 programmes, and are making preparations for the 2022 FIFA World Cup in Qatar. By any metric, value of sales, packages sold, MATCH Hospitality is the largest and most successful official VIP Hospitality company ever.

[Full disclosure, a number of us working at DAIMANI are former employees of MATCH Hospitality, a company that you may be able to tell we hold in high regard.]

The challenge for MATCH Hospitality in South Africa [but also in Brazil and Russia] was both to deliver a technical hospitality solution but also to educate and inform three relatively underdeveloped VIP Hospitality markets about the inherent value of purchasing official packages.

This was especially important because of rogue operators like Marcus Evans Group/THG who sold what appeared to be a guaranteed ticket as well as high-quality food and beverage but actually were often neither of the above.

A THG director was charged in July 2010 under anti ticket-tout rules when 129 tickets were found in her hotel room; she was believed to have already sold almost GB£ 300,000 of unauthorised packages.

Australia allows stadia to sell up to 25% capacity from next month; 4 sqm per guest in official VIP Hospitality suites