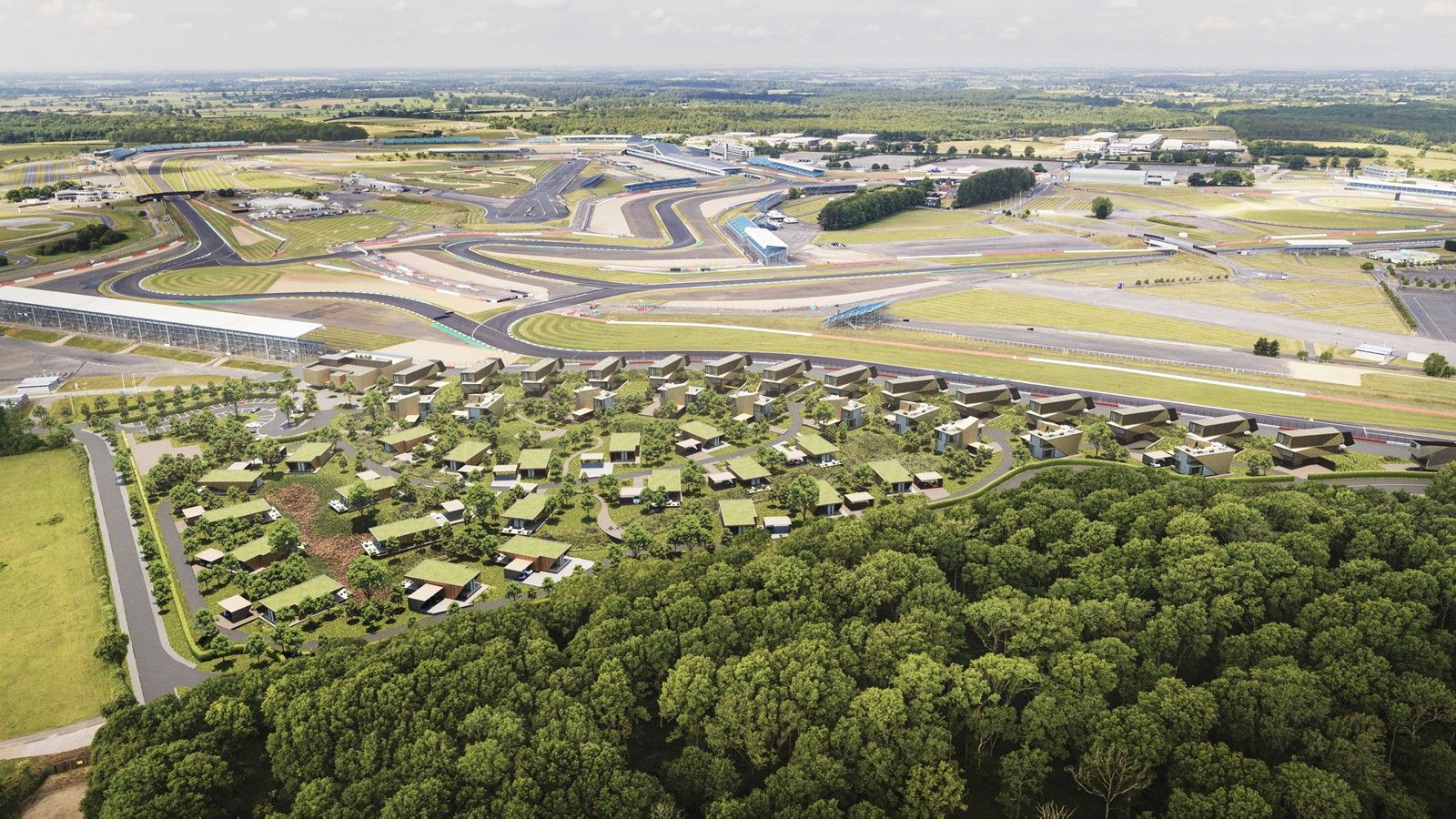 Those three names, Copse, Maggotts and Becketts, might just be the most famous corner names in the entire panoply of Formula One racing past and present.

As any racing fan will tell you the names belong, of course, to Silverstone which has been hosting the British Grand Prix since 1987 and which Lewis Hamilton won last weekend, despite a dramatic last-lap puncture.

Copse is a reference to the rolling woodland that surrounds this fastest part of the course, Maggotts to nearby Maggot Moor and Becketts derives from a local church dedicated to St Thomas a Becket.

A second race – named the 70th Anniversary Grand Prix – will be held this Sunday at Silverstone, also behind closed doors, as Formula One tries to recover racing momentum after the forced Live Event lockdown paused the 2020 season just days before the inaugural race was due to take place in Melbourne, Australia in March.

In a rather canny piece of timing, the developers behind Escapade Silverstone have just released computer-rendered details of the real estate development on the Copse-Maggotts-Becketts section - that will see 60 houses, all with underfloor heating, comfort cooling and ensuite bathrooms built just 12 meters from the edge of the circuit.

Sales start this month with residences available to occupy, according to the developer’s website, in May 2022.

Escapade says a private clubhouse, to which all owners will have access, has state-of-the-art simulator rooms, briefing rooms, a driver-focussed gym, oxygen swimming pool and sauna, restaurant, bar and dining room.

While this year's Grand Prixes will be behind-closed-doors, Escapade Living chief executive Will Tindall is confident the accommodation will be seen as 'the ultimate place to stay'.

‘The residences overlook arguably the most exciting complex of corners on all of the F1 calendar,’ he said.

Escapade validate that opinion by quoting Hamilton himself as saying: ‘The middle sector of Silverstone is the best in the whole season for me. Copse, Maggots and Becketts are an unbelievable set of corners, when you get it right and know where to position the car – it’s phenomenal.’

It’s unquestionable that as well as the race-day related benefits that Silverstone offers, the accommodation is located in the geographic heartland where the world’s biggest and most recognisable brands chose to base themselves: the majority of Formula 1, Formula E teams as well as the F2, F3, GT3 teams and their suppliers are close at hand as the sales website makes clear.

Tindall’s related website, EmergingAdvisory.com, says that prices for the Silverstone development start from GBP650,000 and explains:

This opportunity is offered exclusively through Emerging Advisory, as Escapade Living (developer) is a sister company. For the first time ever, investors will be able to own a part of the 'home of British motorsport'. Owners will benefit from residence usage throughout the year and various privileges unavailable to the public.

When owners are not using their residence, it will form part of the wider available accommodation. Targeting a net yield of 5.5-6%, the revenue sharing model will see all ownership aspects taken care of and allow for a fully hands-off investment with no ongoing liabilities.

‘Escapade Silverstone will enable motorsport lovers to buy residences right on the edge of the circuit,’ he said.

‘For us, its immersive, bespoke, guest-led offering hails the dawn of something special.’