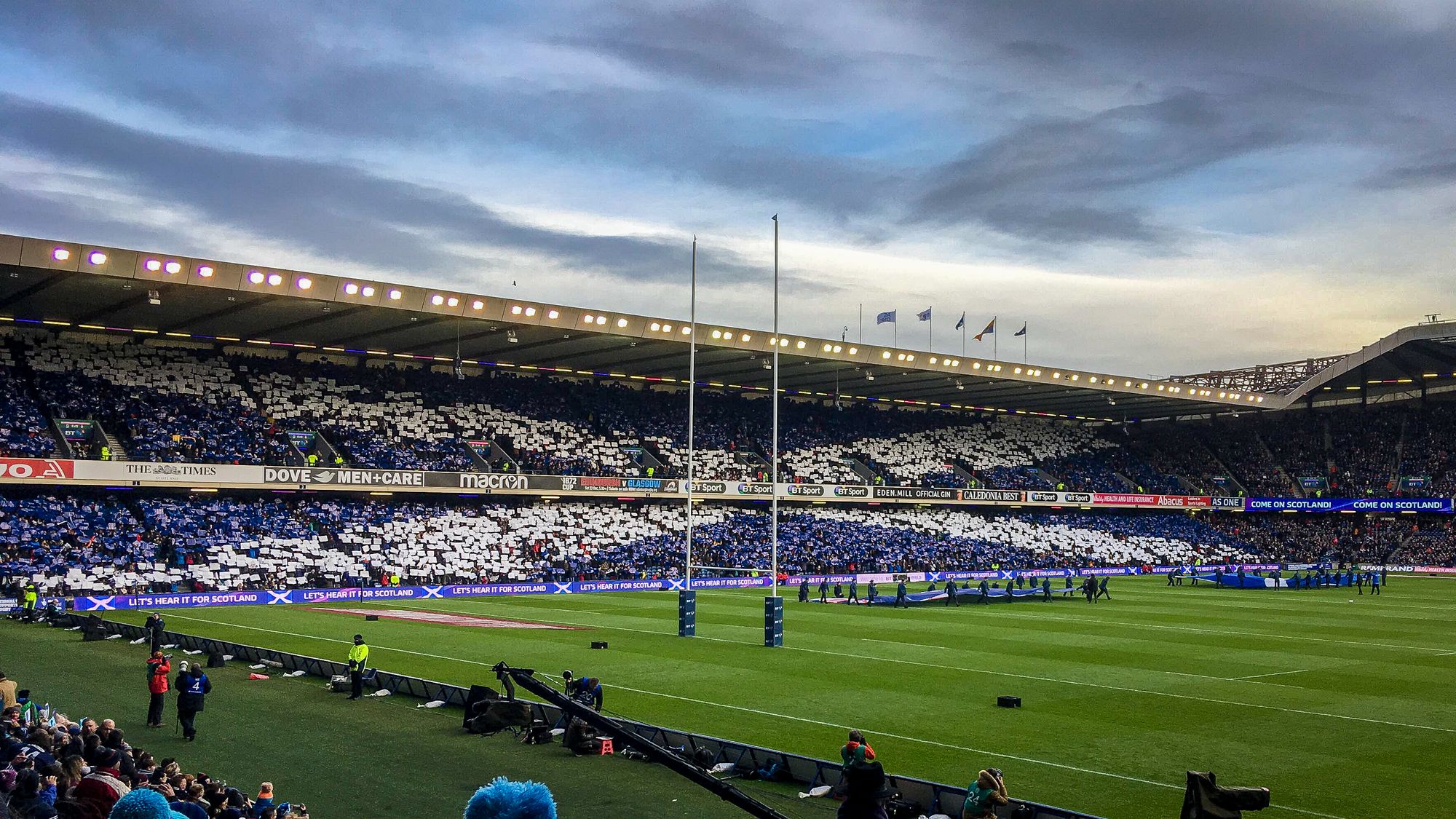 Murrayfield is the home of Scottish rugby and has staged many epic sporting battles, the most memorable inevitably involving their enemies to the south [who were roundly beaten by Scotland in the first Test match played at Murrayfield in 1925.]

But an occasion of perhaps even greater significance will take place tomorrow and the whole of the United Kingdom will surely be watching.

The first professional rugby game in the UK with fans present since March’s Live Event lockdown will take place: Edinburgh vs Glasgow Warriors.

The Scottish Government, with devolved responsibilities that include health and sports, approved plans last week tabled by Scottish Rugby to allow a ‘limited’ number of fans – thought to be around 700 – into the game as a pilot.

Scottish Rugby, owners of the BT-sponsored Murrayfield, explained tomorrow’s safety procedures in a video sent out from their official Twitter account:

This Friday we are proud to host Scotland's first 'pilot' event at @BTMurrayfield.

Watch our bespoke video which outlines all the safety measures for fans attending the @EdinburghRugby v @GlasgowWarriors match at the stadium and we hope you enjoy the game ⤵️ pic.twitter.com/coCliSGB4D

The total number attending – including broadcast, media, stadia security and team support -  is expected to be around 1,000.

The 700 ticketed fans are expected to follow staggered arrival times to the cavernous venue [which normally seats more than 67,000] and will be seated in the lower and upper sections of the East stand with social distancing observed and the wearing of face masks strongly encouraged.

The stadium has been laid out as a series of one-way channels so there is no commingling of the crowds.

It is understood that those attending, as part of the ticket allocation process and again during the match-day itself, will be constantly reminded of the need to show ‘collective responsibility’.

Murrayfield’s design – a little retro by modern standards – has the benefit over more up-to-date venues that ticketholders can enter and move directly to their seats without having to pass through enclosed concourses where the spread of coronavirus might be prevalent.

If there is a successful match tomorrow that advances the plans of the Scottish Government to move to the next stage in the unwinding of the Live Event lockdown: allowing a ‘restricted number’ of fans to attend other sports events from the indicative date of September 14 onwards. This in turn would assist other competitions to start their 2020-2021 seasons, such as the Guinness Pro14 who are looking to kick off on October 3.

Scottish Rugby’s Chief Operating Officer, Dominic McKay said: ‘We are delighted that a limited number of spectators will be in BT Murrayfield on Friday 28th August to watch the Guinness PRO14 match between Edinburgh Rugby and Glasgow Warriors.

‘We are pleased our work with the Scottish Government will ensure that players, support staff and fans will be covered by a comprehensive event plan for everyone’s safety including physical distancing requirements.

‘Scottish Rugby would like to thank Government Ministers and officials who have helped us make this happen, and our own colleagues who pulled together a robust operational plan for the match.’

Scottish Rugby has been given the green light to host fans at the game between Edinburgh and Glasgow Warriors at @BTMurrayfield on Friday 28 August.

The governing body for rugby in Scotland also entirely own and operate the country’s biggest capacity stadium, and have been keen to put the 67,500 seater facility forward as a suitable site as sport emerges from lockdown for football as well as rugby given the enclosed but spacious nature of the stadium “campus”.

‘We hope that our experience and learnings from a live spectator event next Friday can help all of Scottish sport, and the wider events industry restart,’ added McKay.

The spectators concerned are likely to be mostly Edinburgh Rugby season ticket holders as the match is designated as a home game for the club, and ticketing information will be released next week.

Ask the Expert: What's really happening in the China market

Argentine tango fans in a twist over virtual world championships