Five Reasons to go to the Rugby League World Cup 2021 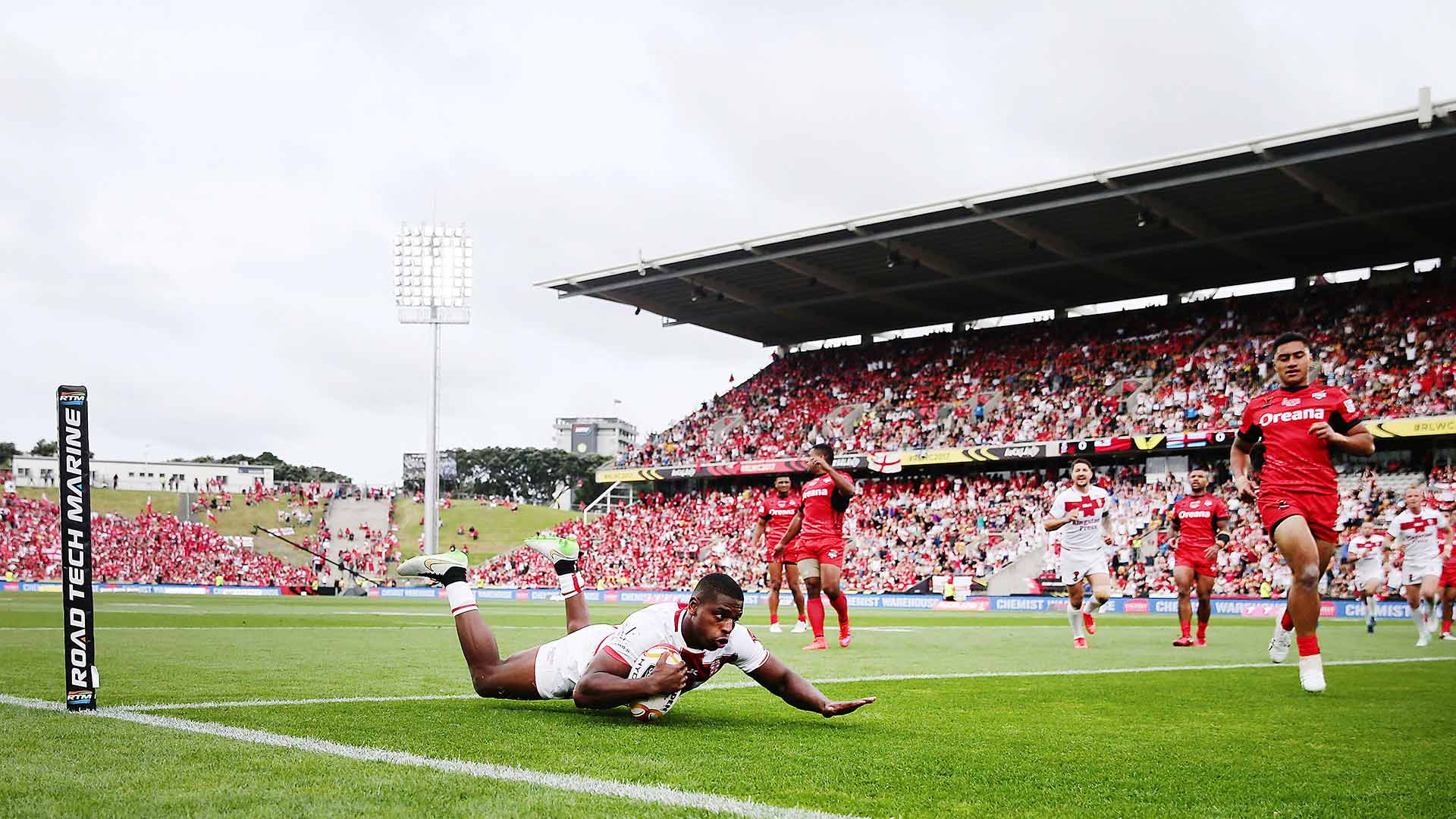 Where: Eighteen venues in England

Date: The tournament will be the first in which men's, women's and wheelchair events will run simultaneously, starting on October 23, with the final at Old Trafford on 27 November 2021 which will be the first staged as a men's and women's double-header.

Just to explain how Rugby League is played and where it differs from the slightly better known other oval-ball sport of Rugby Union. In League, each side has 13 active players [vs 15 in Union], and 10 substitutions are allowed during the course of the game [vs seven in Union]. Like Rugby Union, the main aim is to score tries by advancing the ball down the length of the pitch which the opposing team hopes to prevent by tackling. When a player is successfully tackled in League, they must drop the ball and roll it behind themselves with their foot, so that it can be picked up by someone else. There is a finite limit of six tackles in Rugby League per team possession; when this tackle limit is reached, the ball must be handed over to the opposing team – normally this is in the form of the ball being hoofed as far upfield as possible [similar to American football]. Whereas Union will have a lineout if the ball is out of play, in League the opposing team is awarded a scrum. Scrums in League are not the same physical contests that they are in Union so each scrum almost always results in that team awarded the scrum gaining possession of the ball. Scrums consist of a total of 6 people [vs eight in Union]. The scoring mechanism in the two codes is slightly different too. In Rugby League, a try is worth four points; penalty goals and conversions are worth two points and a drop goal is worth one point.

Despite there being two separate rugby codes now, it was not always the case. In the 19th century there was only ‘Rugby’ and despite the sport’s popularity, obvious physicality and therefore the need for fitness and training, it was run on strictly amateur lines. Player payments of any sort were not allowed. The amateur code favoured players of independent means and conversely disadvantaged those who had to take time off work to train and play. Not only was this a binary matter of principle, you were either for or against payment, the issue represented both a geographical and class divide. The impasse reached a crescendo on August 29 1895, when 21 rugby clubs met at the George Hotel in the Yorkshire town of Huddersfield and agreed to break away from the London-based Rugby Football Union, and to create a new governing body for the sport that embraced the proposition that all players would be compensated for wages lost when playing the sport. Rugby Union continued to fight for the principle of amateurism until the game formally turned professional on August 26 1996 – just three days short of a hundred years after Rugby League. And yes, you read that right: Rugby League celebrated its 125th birthday less than a month ago.

To underscore Rugby League’s growth into a genuine international sport, it seemed entirely in keeping that organisers were able to organise for the team draw to take place at Buckingham Palace. Afterall the Rugby Football League’s patron is Prince Harry. Helpfully for those hoping for a high media profile for the event, the draw in January this year turned out to be the first public event for the Duke of Sussex since he and his wife announced their intention to step back from royal duties. Prince Harry even flew back to the UK to participate in the draw. Organisers have promised the biggest and best World Cup in the Rugby League’s history, and if the buzz surrounding the draw is even remotely matched during the tournament, they will almost certainly deliver on that promise. There was even extensive coverage of the tournament draw in the USA on all the networks, something which elevated the tournament profile to unimaginable levels.

Prince Harry hosted the Rugby League World Cup 2021 draw at Buckingham Palace on Thursday. The event was the first public appearance since Harry and Meghan Markle announced they would step back as senior members of the Royal Family. https://t.co/cCHeEh6gLd pic.twitter.com/U92Vn5tLtA

4. Inclusivity is more than just words

In truth, the United Kingdom has never hosted a World Cup like this in any sport. The men's, women's and wheelchair rugby league World Cups will be staged together and simultaneously for the first time. This makes the tournament the most inclusive, diverse and ground-breaking sporting events ever staged in Britain. In another significant first, women and wheelchair athletes will benefit from prize-money and pay, and their participation fees will be equal to those that their male counterparts receive. There will also be parity in training facilities, accommodation and travel arrangements. Furthermore, according to tournament chief executive Jon Dutton, ‘Half of all Rugby League played is in areas in the top quartile of deprivation.’ To help address this GBP10m of the World Cup's GBP25m budget is being channelled directly to grassroots facilities. ‘We want to use the tournament to make a positive impact on peoples live,’ says Dutton. ‘We want to measure social benefit in local communities and make a case for investment into major sporting events that are measured in a different way.’

5. Competitive matches are the name of the Game

Once upon it was very straightforward to pick which matches to attend at a Rugby League World Cup. Eventually it boiled down to either Australia, England or New Zealand in the final. So one, or perhaps one and a half exciting matches per tournament  in the competition’s 16-tournament history [which has been won by Australia eleven times]. But here again Rugby League has taken a different path to Rugby Union. Union’s eligibility rules require that to play for the national 15 or 7s team you commit to only play for that team for the whole of your career whether you are being selected or not. Rugby League’s rules are different – reflecting the fact that, for instance, 52% of those who play in Australia’s National Rugby League elite competition have either Pacific or Polynesian heritage. So Rugby League says that players from the major nations like Australia, New Zealand and England can switch back and forth between those nations and any tier-two or tier-three nation for which they are also eligible provided that they ‘elect’ to represent one nation in any calendar year.  Players must now declare which nation they want to represent three weeks before the tournament. So if a tier-one nation does not pick them in that period, they can switch to a tier-two or tier-three nation.