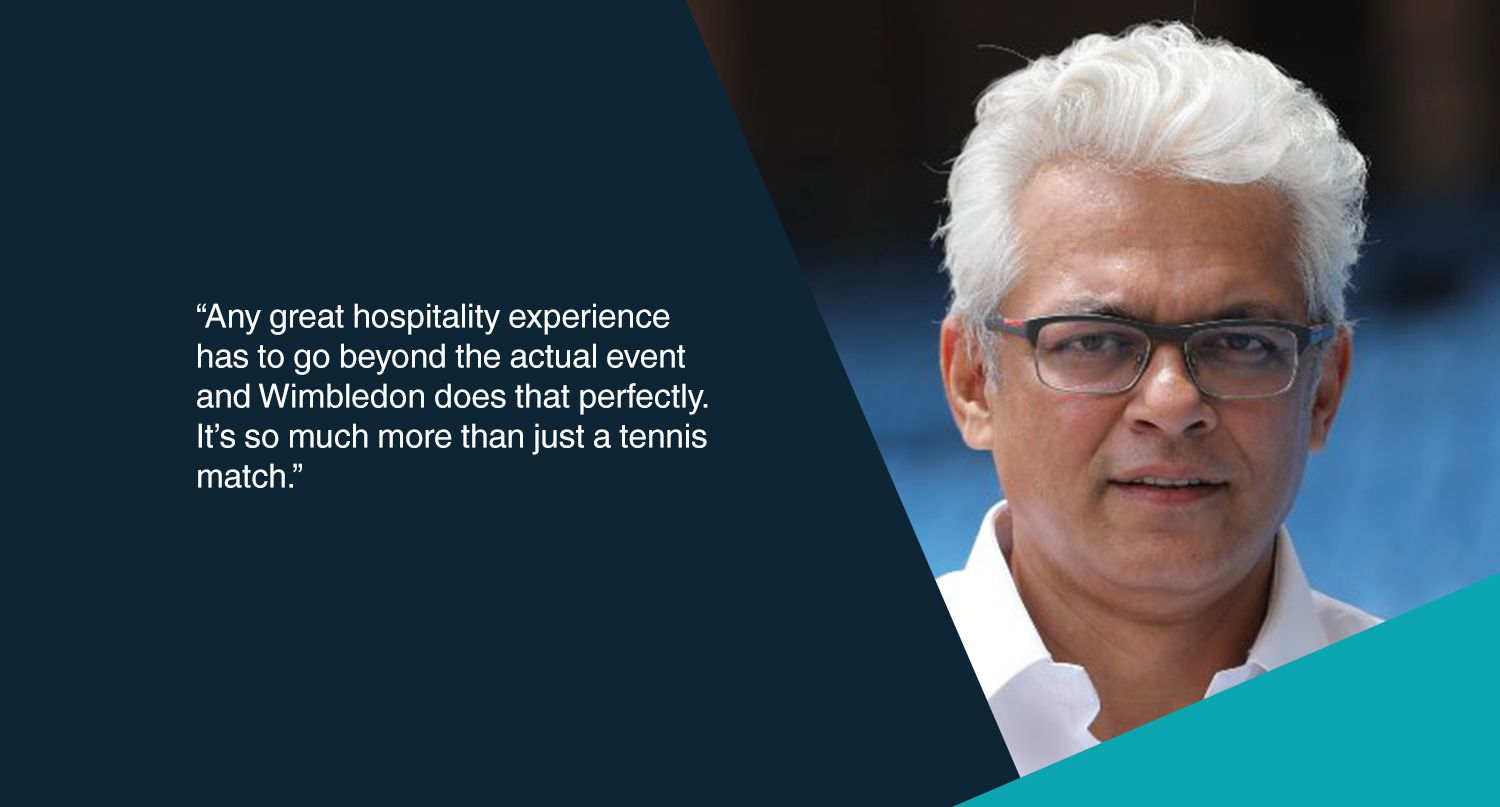 Joy Bhattacharjya is one of the best known figures in Indian sport. He has been the CEO of the country’s Pro Volleyball League for the past two years but his career stretches back more than two decades: he was the project director of India’s successful hosting of the FIFA U17 World Cup in 2017 and was Team Director of the Indian Premier League’s Kolkata Knight Riders for six years from their 2008 inception, including winning the IPL title in 2012.

Prior to that he was Senior VP Programming for the National Geographic and History Channels, and from 2000 to 2006 was Head of Production South Asia for ESPN Star Sports. While with ESS he helped create immensely popular programmes like Super Selector and the ESPN School Quiz. His author’s dust-jacket blurb says he 'writes a couple of quiz columns and the intermittent magazine article, and enjoys conducting the occasional quiz just to torment his fellow beings'. He has a BSc in Maths and Masters in Computer Applications.

It was actually a 1st class cricket match at the Eden Gardens in Calcutta in the seventies. We were sitting in the clubhouse and got a packet of food each as we were the guests of one of the umpires. I remember being deeply impressed as an 11-year-old that someone was offering us free food

Other than your own, what is your favourite Live Event that you would encourage everyone to book when it goes on sale, and what makes it so special?

Wimbledon. It’s so much more than just a tennis match. Stroll around, take in the atmosphere and pray that the weather is good. Any great hospitality experience has to go beyond the actual event and Wimbledon does that perfectly.

Ray Hume, who was my Head of Production at ESPN Star Sports. Ray just taught me the courage to take the big leap. Every career involves some heart in the mouth moments about a big decision and Ray impressed on me that trying to make these quantum leaps was what made us as individuals, even if we didn’t always succeed.

In early 1999, I got off a train from Delhi, reached home, dropped my luggage and decided to call the ESPN office to speak to a certain Dave Tully who I had heard had joined as the Production person in India. My wife was really angry as we had not even unpacked and the house was a mess. I got connected surprisingly enough and I gave him my two minute potted biography about my experience in sports and making quiz shows with Synergy and TWI. He heard me out politely and said perhaps we should meet. I thought it was one of those typical polite British responses and thought he’s probably give me a few minutes next week. Instead he asked if we could meet in the next hour.

It turns out that he had received a call from Rik Dovey, ESS Head of Production a few minutes before mine telling him they had to do an India Pakistan Cricket quiz within the next month.

I ended up spending the next seven years working for ESPN Star Sports and never looked back.

The Uptown Girl Billie Joel video, I remember being fascinated by the motorcycle

The India West Indies cricket series in 1974. Television had just started in India and it was a really exciting series ending 3-2. Remember seeing it at the local club as none of us had televisions then.

Deep Purple in Delhi in 1995. After the college competitions that we had seen, to see Smoke On The Water being actually performed in the original was just amazing.

What do you remember — across all genres — as the most emotional moment in television or film or a sporting event that has brought tears to your eyes?

India winning the 1983 Cricket WC, unbelievable scenes, people were out on the streets, hugging strangers.

What was your childhood or earliest ambition?

Wanted to join the Army and serve in the Armoured Corps. I was fascinated by tanks. Still am!

Which experience had the biggest impact on your life and how you see the world?

When I won my first trivia quiz in our building society. Until then I was this undersized, academically poor, athletically awkward kid. This was the first time I excelled at something. And it taught me to play to my strengths. I have always believed I am too lazy to do well at things I don’t enjoy, so I’ve tried to find work which has meaning for me and which I can do well.

I’d tell myself not to worry about what others thought of me. Others don’t really think of you!

I was brought up in a middle class household and had to struggle to save money for indulgences. At 14 I had saved up 20 rupees to buy General John Hackett’s book about WW3 and I got pickpocketed on the bus while travelling to buy it. It broke my heart.

Which TV shows’ intro/theme songs do you never skip because they are so good?

Narcos, both the music and the titles.

What is a compliment that you really wish people wouldn’t give you?

What is the worst experience you have ever had on an airplane?

Landed in a storm in Delhi, circled first for 45 mins. Nearly made me religious

Without saying what the category is, what are your worst five of all time?

The Devotion of Suspect X;

No Such Thing as a Fish, mind-blowing facts and great banter; This American Life  - superb thoughtful programming podcast, Massimio on Twitter is really interesting.

Saanu Ki from Punjabi. Literally, Who Cares? or How Does It Matter to Me?

Tell us something even your colleagues might not know about you

I was born in the hills, in Shimla. I got a double promotion in the fourth grade, I am allergic to Sulphur products.

What non-curriculum subject[s] should be required for anyone leaving school or university to understand fully before they enter the workforce?

If someone gave you a box that contained everything you have lost in life, what’s the first thing you would search for?

What was the most teachable moment you have had from the book of ‘I shouldn’t have said that’?

Too many to count.

During this lock-down what are the things you’ve come to value most by their absence from your life and how will you put that right when this over?

Spending time with friends who live in the same city and yet do not meet!

What celebrity death hit you the hardest and why?

Kobe, because it was so sudden and senseless.

What is something your generation did that you regret most your child’s generation will never get to experience or understand?

What is the darkest, most unsatisfactory and on-going issue you have seen or experienced in your business?

My battle against corruption in the Indian Volleyball Federation (VFI).

You get to fly anywhere after the coronavirus to take a trip you’ve always wanted to make: Where are you going, with whom and what are you planning to do?

Go to Australia with my partner and meet my friend Ray!

Five reasons to go to the Cologne Carnival