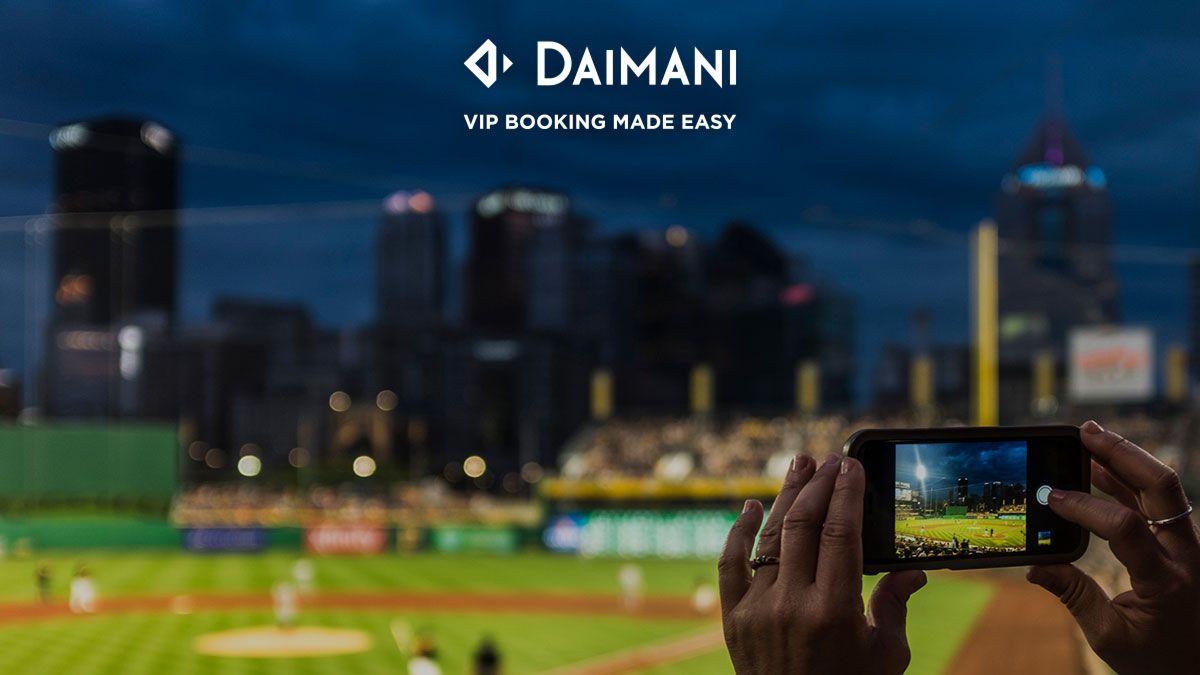 Welcome to the FightbackInside the Business
0 Comments

Our event onboarding team have been working to build up the number of Live Event Official VIP Hospitality offers that we can share online as ‘click and buy’ live purchases, as our industry begins to reemerge after the 12-month lockdown.

We have seven events and rightsholders that are joining the DAIMANI platform for the first time. Please remember the DAIMANI rules:

Camp Kerala provides an absolutely unique way to enjoy the British Grand Prix at Silverstone, courtesy of your own luxurious 5-star heated ‘shikar’ tent for two, located trackside; 24/7 access to the camp’s own concierge service with a Tent Service - room service with a ‘twist’ and to destress from all the Formula One excitement you can always enjoy their unique Spa - with treatments available at additional cost. Camp Kerala gives their guests round-the-clock access to their own restaurant and bar with magnificent trackside views, plus each tent is place of refuge if needed with electricity and heating and access to luxury loos and showers.

DAIMANI is the only place currently offering Click-and-Buy options for Camp Kerala at Silverstone.

Salon Privé takes place in the first week of September each year, with the 2021 dates set as Wednesday September 1 to Sunday September 5. Occupying the South Lawn at Blenheim Palace, UNESCO World Heritage Site and ancestral home of Winston Churchill, Salon Privé is the ultimate end-of-Summer party. Each day shares the same electric atmosphere and sense of occasion, with nuanced variations that differentiate one from the next. Whether you’re looking to get up-close to the action of the Concours or to be surrounded by glamour, diamonds and Champagne, Salon Privé has something for all.

In 2021, Salon Privé will welcome more than 100 of the rarest and most desirable cars and motorcycles in the world, all vying for adulation from our esteemed International Chief Judge Advisory Group [ICJAG] jury. The show field will feature treasures from Edwardian era as well as some of the rarest and most valuable grand tourers, classic sports racers, era-defining icons and racing legends, alongside the world’s latest and greatest supercars and concepts from the present and future.

Concours entrants will be treated to four days and nights of exclusive events and entertainment, beginning with Tour Privé on Tuesday 31st August. Their experience will be sparkled with drinks receptions, street parties, and gala evenings, culminating in a suitably triumphant Finale Awards Luncheon on Friday 3rd September.

Salon Privé was one of the few events that was able to host hospitality clients in September 2020, making them experts in offering a safe and secure socially distanced event.

Lancashire Lightning are the celebrated county’s T20 team and raring to play their matches at home, in the famous Emirates Old Trafford ground, after having had to play their matches last season at ‘outgrounds’ last season and behind closed doors. Director of Cricket Paul Allott, said, after this season’s fixtures were published: ‘We’re pleased to have some certainty with our limited overs schedule for the summer and look forward to contesting all of our home Vitality Blast fixtures at Emirates Old Trafford.’

Lancashire Captain, Dane Vilas, added: ‘The Vitality Blast is a competition that we love to play in as a side, especially at Emirates Old Trafford, and it would be fantastic if we could go one better than last year and lift the trophy.

‘Playing behind-closed-doors last season was a strange experience last year and all of the lads are looking forward to welcoming the Lancashire Members and supporters back into Emirates Old Trafford when it is safe to do so'.

Yorkshire have underscored how seriously they are taking the T20 Vitality Blast by signing Lockie Ferguson, the New Zealand fast bowler, as an overseas player. Ferguson is the Vikings’ second confirmed overseas signing for 2021 after Duanne Olivier, the South African fast bowler.

Ferguson will add serious grunt to the Viking’s T20 campaign after a profitable last six months: he briefly starred for Kolkata Knight Riders in the 2020 IPL, taking 3 for 15 and closing out a Super-Over win in his first appearance of the season against Sunrisers Hyderabad, and also impressed in New Zealand's home series against West Indies, taking combined figures of 7 for 56 across nine overs, before an injury ruled him out of the ongoing series against Australia.

Andrew Gale, Yorkshire's head coach said: ‘Lockie has got X-factor pace. Pace in T20 cricket is always a good thing, but also his death bowling in particular will be hugely beneficial. We haven't had somebody who is reliable and consistent at the death for a number of years. This is something that we have been working on with the lads in-house, but having someone who you can rely on at the death is a big plus.’

All tickets to the Final sold out before Christmas for the second consecutive year, with almost 90 percent of purchasers for Vitality Blast Finals Day 2020 choosing to roll over their tickets to next year’s event, at no cost. The remaining tickets have been snapped up in record time by Warwickshire Members and purchasers from Edgbaston’s cancelled 2020 Major Matches who chose to keep their ticket value as credit.

The Northern Superchargers are a franchised 100-ball cricket side representing the historic counties of Yorkshire, County Durham and Northumberland in the newly founded The Hundred competition which will take place in the 2021 English and Welsh cricket season for the first time. The men's side will play at Headingley, and the Superchargers are due to coached by Australian Darren Lehmann, a firm Yorkshire favourite from his time as a county player.

We were delighted to preview ice hockey’s Spengler Cup in our ‘Five Reasons’ section of The DAIMANI Journal and thoroughly recommend it as a good explanation of everything that you have to look forward to.

Are Swiss authorities finally running out of patience with Geneva-based Viagogo?