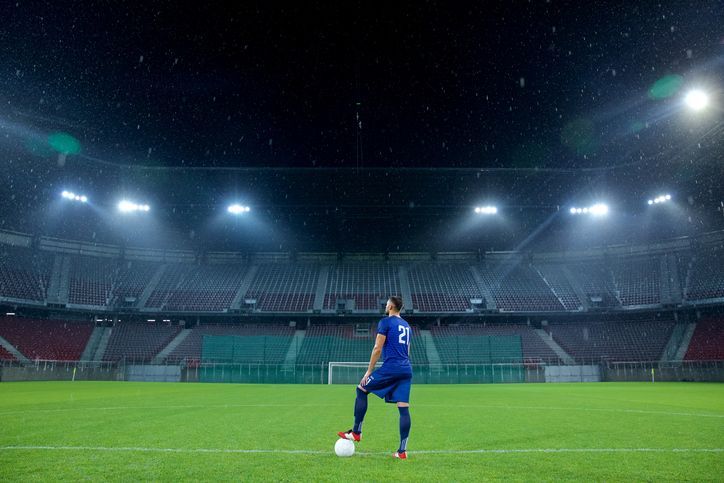 Bert Blocken from Belgium has an astonishing curriculum vitae and it may be why he holds the key to a successful staging of major sporting events this coming summer including the UEFA European Championships 2020 as the Live Event industry in a number of European territories tries to tiptoe along that knife-edge phase of being halfway in and halfway out of a lockdown.

Blocken has a PhD in Civil Engineering and Building Physics from KU Leuven in Belgium, is also a Full Professor in the Department of the Built Environment at Eindhoven University of Technology (TU/e) in the Netherlands and a part-time Full Professor in the Department of Civil Engineering at Belgium’s KU Leuven (Leuven University). It was to his design that the Eindhoven Atmospheric Boundary Layer Wind Tunnel was constructed where he currently acts as its Scientific Director. His main areas of expertise are urban physics, wind engineering and what he describes as sports aerodynamics.

To date his expertise in sports aerodynamics has mainly been put to use advising cyclists how to develop a more efficient racing form [this is a fascinating article on the surprising places a cyclist can find the best drafts to utilise in a race setting ].

But this past weekend Blocken and his work colleagues at the Eindhoven University of Technology used the Netherlands versus Latvia FIFA World Cup qualifying match to conduct an important study on aerosol transmission. Organisers allowed 5,000 spectators to attend Saturday’s match in the Johan Cruijff ArenA. Social distancing and wearing a facemask were not required. The Johan Cruijff ArenA will host four matches of this year’s postponed UEFA EURO 2020.

Working in an actual live match environment allowed researchers to better understand the build-up of aerosol concentrations and the effectiveness of measures to reduce these concentrations, for example by means of ventilation. The researchers were studying the tiny saliva droplets, or aerosols, produced by shouting and singing supporters during a live sport event which more and more scientists are convinced play a critical role in the spread of the coronavirus.

Long 15-hour work day but our #aerosol measurement set-up is ready. For game Netherlands-Latvia next Saturday with 5000 spectators. No social distance, no masks, all spectators tested in advance. Thank you @FieldlabEvents @cruijffarena @KNVB @Sportinnovator for support.#COVID pic.twitter.com/cVKi9Ggaaw

Blocken, who is leading the study, explains that the way modern venues are designed may be making it harder not easier to fight the spread of the coronavirus:

‘Many modern stadiums, including the ArenA, are built in a relatively closed structure, with rounded, enclosed corners and a small roof opening. That is best for the comfort of the spectators and for the acoustics. But that also limits the ventilation. We want to investigate how we can better ventilate these kinds of stadiums.’

Organisers allowed Blocken and his researchers to set up accurate measuring devices in sections 114 and 115 of the ArenA, and then monitor the temperature, relative humidity, CO2 concentration and aerosol concentration at more than 300 positions. Aerosol concentration was measured by continuously counting the number and size of droplets exhaled by football fans [see the Tweet below showing the clear spikes].

In addition, wind speed and direction were also measured at various locations in the stadium. The ArenA was not just a passive spectator: the stadium deployed two different ventilation systems to lower the concentrations during the game: One system before halftime, and the other after halftime.

Blocken’s preliminary findings are: ‘From those tests we learned that, even more than expected, the weather is by far the most important factor in determining how high the aerosol concentrations can rise. Even for a relatively 'closed' stadium like the ArenA.’

Data from Saturday’s findings will contribute critical insight into the large computer model of the ArenA that has been commission to try to predict aerosol concentrations for a full venue of 55,000 spectators. The measurements from Saturday will help calibrate that model. The ultimate goal: to optimise ventilation in the stadium.

Blocken believes that coronavirus requires all stadia to look at additional interventions, not just the various versions of deep cleaning that have been suggested, such as ventilation openings at strategic positions and interventions based on the weather forecast and activity in the stadium.