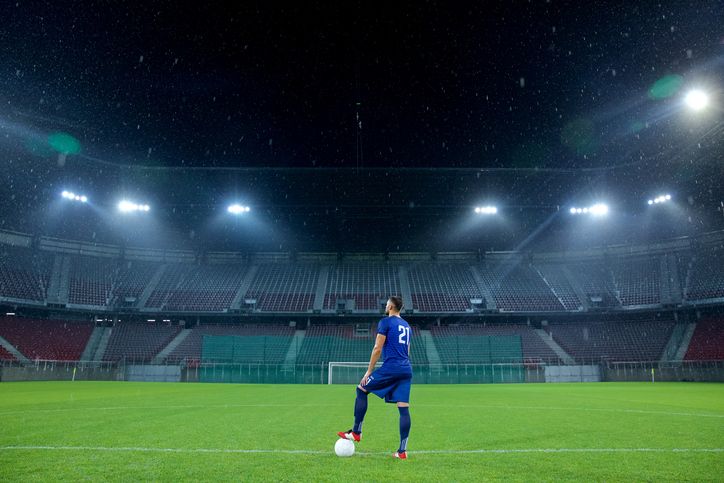 Over the weekend we had the opening tranche of Bundesliga matches, Europe’s first major sports league to restart since the coronavirus lockdown.

These are highlights of perhaps the match of the week, the always-spicy Ruhr Derby between Borussia Dortmund and FC Schalke.

It was a start and for that we’re all immensely grateful. But it was a strange experience. Here are some of the top takes from FIFA.com.

Borussia Dortmund’s sporting director Michael Zorc cut to the heart of the matter with refreshing honesty:

‘It’s strange and unfamiliar, it makes your heart bleed [playing in front of an empty stadium].’

As Ticketing Business News wrote, ‘the sight of Borussia Dortmund’s young star Erling Håland sticking the ball away in near silence on Saturday against rivals Schalke heralded a new dawn for global sport. As the Norwegian and his teammates celebrated at the regulated social distance — unable to share the excitement of the goal and three points that took them to the top of the Bundesliga table as they ordinarily would with joyous fans leaping out of the stands — one might almost ask: who needs fans anyway?’

For those who don’t see the urgency of fans returning to Live Events [putting aside the impact they have on match day revenues], Ticketing Business News then helpfully explored the concept of ‘social facilitation’.

What is Social Facilitation?

Social Facilitation is the academic study into the improvement in task performance that occurs when people work in the presence of other people.

Hopefully you see where this is going: Do highly trained and well-motivated footballers, professionally engaged to defend, save, dribble, shoot, etc., actually do this better in front of a packed stadium rather than an empty one, even though the tasks remain exactly the same.

The evidence is very suggestive that they do: that Social Facilitation at Live Events considerably lifts performances and therefore has a real impact on outcomes, ie match results.

In fact this was first studied back in 1904 by the German educator Ernest Meumann who observed men exercising in a weight room. He noted that those who were watched when working out could consistently lift heavier weights than when they were on their own. [Men, eh?! Yes, but it was also observed almost 80 years later, in a study referenced below, that women jogging on their own, who saw they were being observed by another woman, consistently ran faster than when they knew they were not being watched.]

In the book Group Dynamics (2009) author Donaldson Forsyth lists a number of studies that demonstrate the impact of performing a task in private versus in the presence of others.

Ticketing Business News quoted research by Rutgers University social psychology professor Dr. John R. Aiello on social facilitation who found that crowds and the presence of others improves performance for professionals who have perfected their craft.

Aiello’s studies focussed on data entry inputting. His study groups included those who worked on their own, those who worked with others, and those who were part of a cohesive group. His 2001 paper concluded that knowing that their data entry tasks were being watched by an audience led to a significant improvement in the performance of the highly-skilled workers [equivalent to professional sportsmen or women] but a loss of performance by those less skilled.

Aiello told TheTicketingBusiness: ‘It will change the experience for fans if sports return only on TV. But it would be a novelty to get something you’ve missed for a while, even if you don’t have that shared experience that you usually would with fans in the crowd.’

It's hard not to agree that to have something is better than nothing. But let’s all remember that restarting the ticketed Live Event experience is not just to create an audio track for the broadcast partners. There’s a serious revenue component.

And more than that science proves that everyone’s performance is lifted and the outcomes change, by the simple fact that we’re all human.

What will work and not work as cultural Live Events look to reopen in Australia?