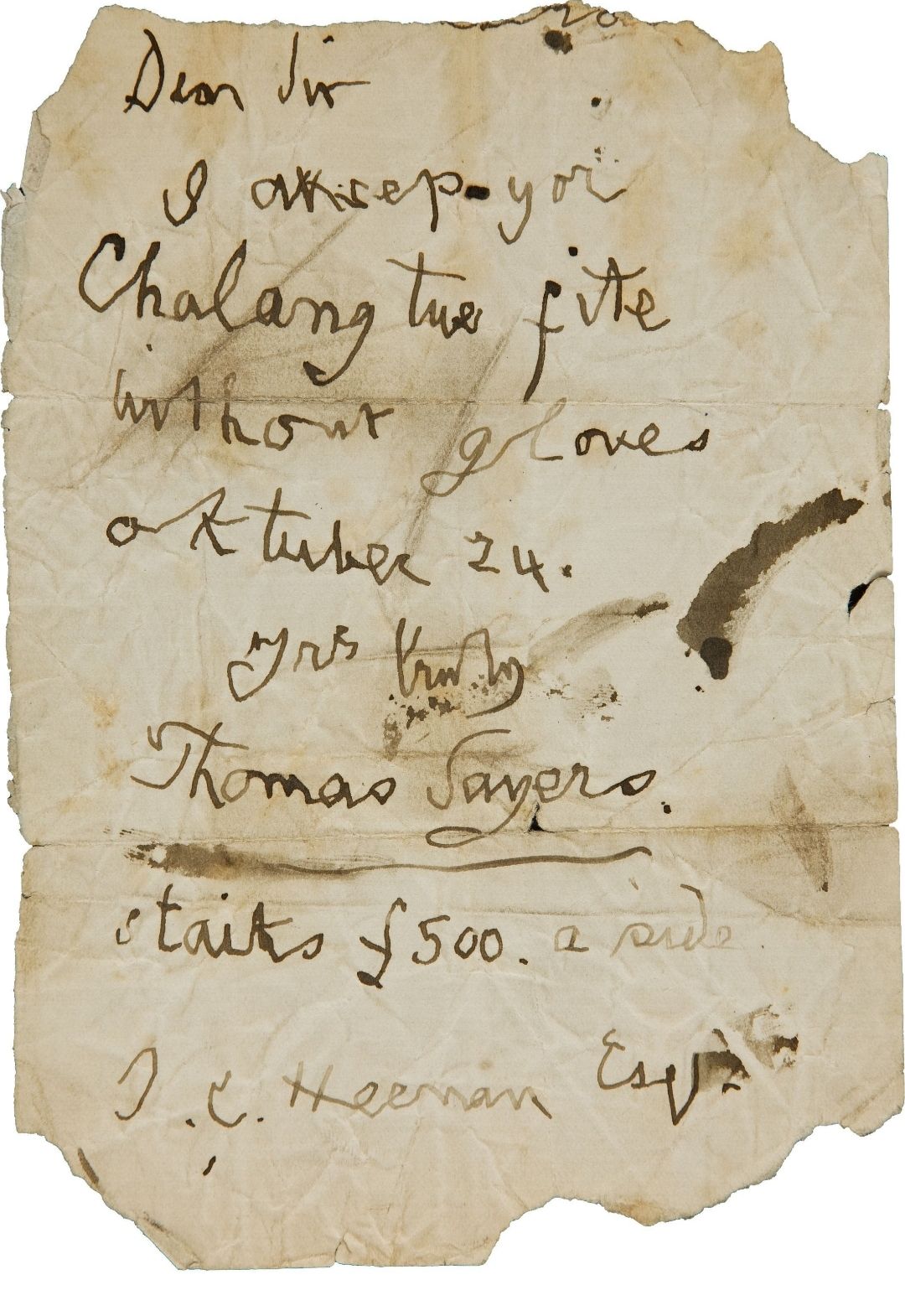 The Anglo-American prizefight making history more than 150 years ago

Many of this past weekend’s sporting headlines were dominated by heavyweight boxing, and Briton Tyson Fury’s seventh-round win over American Deontay Wilder to win the WBC heavyweight title. Anyone who follows the sport knows the shadow boxing between promoters, lawyers and agents can often be more entertaining, exhausting and time consuming as the actual bout that is being negotiated.

Because we are big fans of keeping paperwork simple [hence click-and-buy], we’re sharing the sum total of correspondence between Briton Tom Sayers and his American challenger John Heenan in what is considered the first World Boxing Championship ever. The transcription should be read phonetically:

The total stakes of £1000 in 1859 would be worth around £130,000 today but in the end neither boxer won – the fight was declared a draw after 42 rounds and more than two hours of boxing in a roped off field in the southern county of Hampshire.

The Cheltenham Festival and the Irish