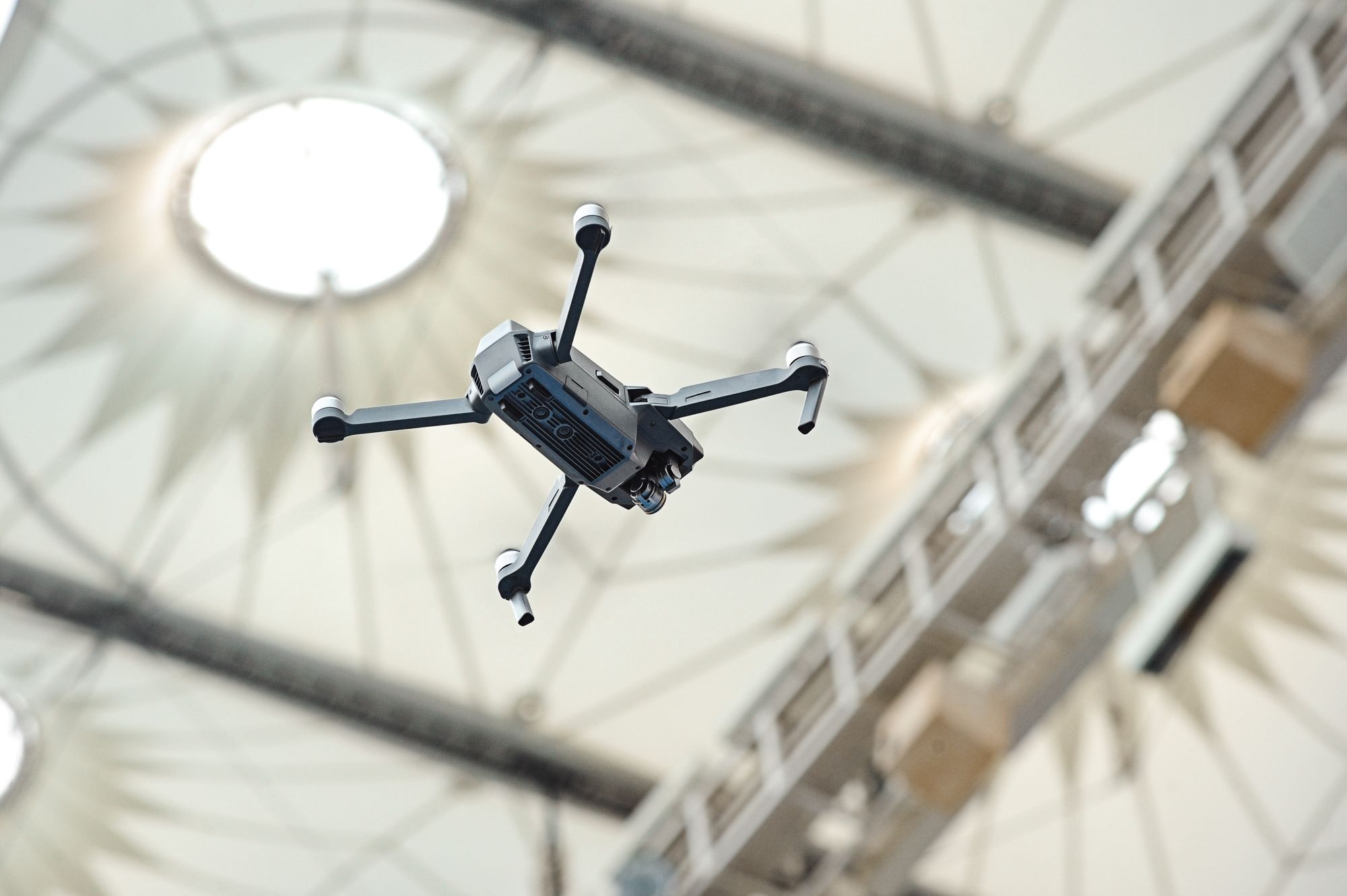 Last weekend’s NFL match-up between the Atlanta Falcons and Carolina Panthers will see a small piece of history created in the fight against coronavirus. [By the way, the Falcons lost 16-23 against the Panthers and, having started the season 0-5 have fired their head coach and general manager but that’s not what this piece of history is about!]

Immediately after the yet-to-be-confirmed number of paying fans have left Atlanta’s Mercedes-Benz Stadium after Sunday’s match, a pair of drones took to the skies to disinfect fan seating and other venue areas. The purpose-built D1 disinfecting drones are from Lucid Drone Technologies, and used electrostatic spraying nozzles to distribute evenly the nontoxic disinfecting chemicals.

Lucid claims that a single drone can disinfect up to 200,000 square feet an hour.

The stadium claims they’re the first professional sports stadium to use cleaning drones, and are expecting a reduction in the time taken to clean the stadium’s seating area by 95 percent, freeing up staff to work elsewhere. The drones will also disinfect the stadium’s handrails and glass partitions. Two drones were used, with a third as a backup, according to reporting from ESPN.

The drone solution in a large-scale venue like the Mercedes-Benz Stadium, which also hosts Atlanta’s Major League Soccer franchise, is another piece in the ‘remote cleaning solution’ jigsaw: ways of disinfecting large areas efficiently, while being able to keep cleaning staff socially distanced from one another. In May, Pittsburgh’s airport rolled out a Ultra-Violet-using robot, and disinfecting robots have also been deployed to a containment zone in Chennai, India.

But an excessive focus on disinfecting surfaces has been criticised as ‘hygiene theatre’ by some experts in a recent report in The Atlantic. That’s because while the Centre for Disease Control says surface transmission is ‘possible,’ it ‘isn’t thought to be the main way the virus spreads.’ Instead, airborne transmission is thought to be a much bigger problem, making social distancing and mask-wearing more important policies for cutting down transmission.

Disinfecting areas isn’t thought to be directly harmful, but such ‘hygiene theatre’ risks creating a false sense of security, The Atlantic reports. In some cases it may also suck resources away from other areas.

Thankfully it sounds like the disinfecting drones won’t be the only hygiene policy in place at the 71,000-seat Mercedes-Benz Stadium.

CNN reports that capacity will be limited, although it says it’s unclear exactly how many fans will be allowed to attend, and there will also be 600 handsanitizing dispensers around the building. Officials at the Atlanta Falcons’ parent company AMBSE have previously indicated that face coverings will be mandatory if fans returned to games this year, and that the stadium will enforce a six-foot distancing rule between seated groups, AJC reports.