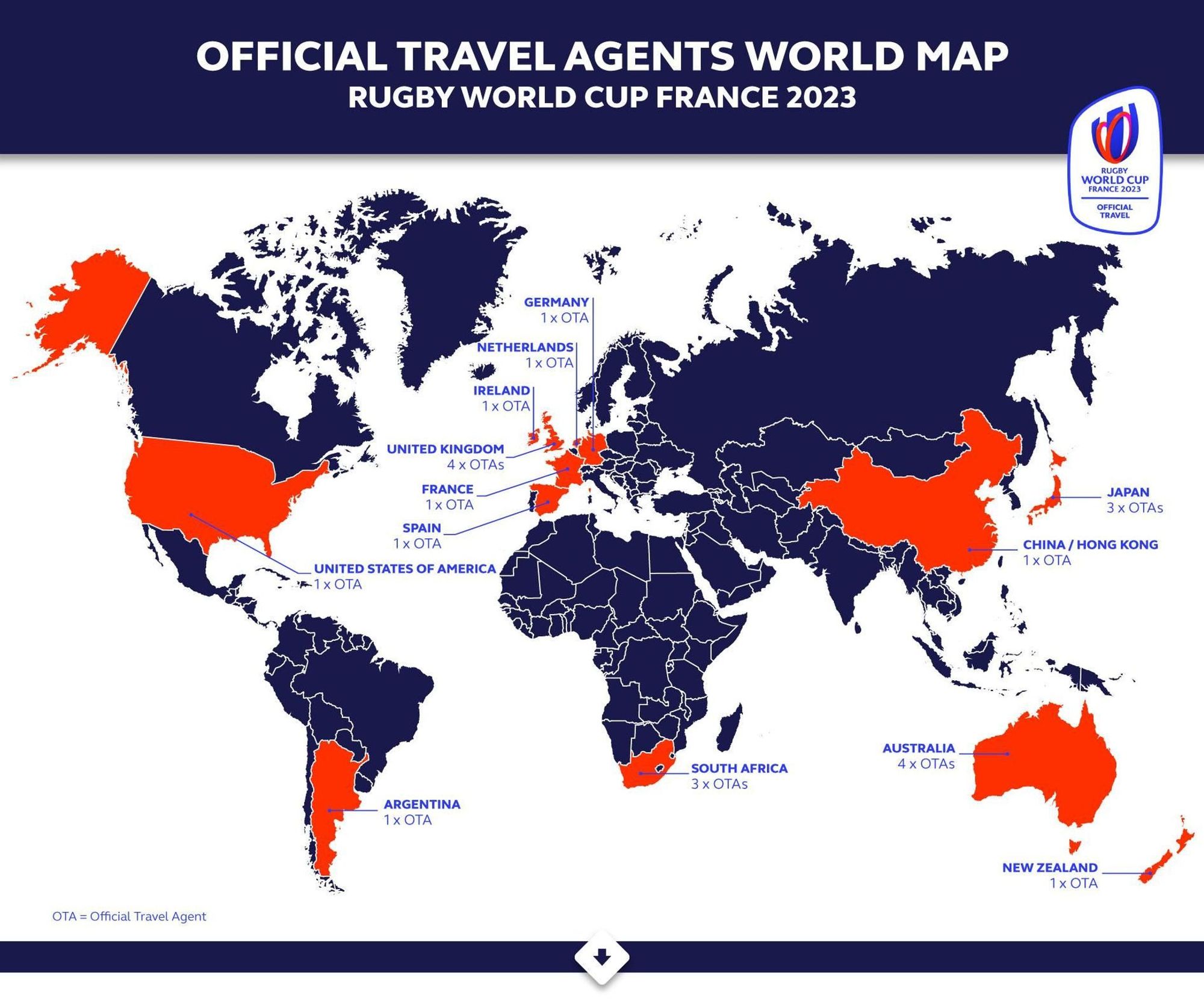 This week was the start of the countdown of sorts for fans interested in attending the next Rugby World Cup which will take place in France between 8 September and 21 October 2023.

Between now and then of course, thanks to the coronavirus, there will be astonishingly congested calendar of big-ticket global events which includes squeezing in two Olympics, a UEFA European Championships and FIFA World Cup.

But a Rugby World Cup in France is a particularly special proposition.

At the centre of the 2023 Organising Committee’s plans is the Lyon-based Groupe Couleur who have been appointed as the exclusive global rightsholder for the Rugby World Cup France 2023 Official Travel Programme.

Earlier this year, Groupe Couleur launched a wide-ranging selection process for Official Travel Agents (OTAs). More than 100 agencies applied from across the globe and, after a detailed analysis of applications, 22 agencies from thirteen different countries have been selected.

All of us at The DAIMANI Journal would like to pass on our congratulations to those selected :

In terms of dates in the diary, the next steps are:

Given the tough economic times, it was a sign of the attractiveness of the RWC proposition and France as a destination-venue that Groupe Couleur reported 200,000 tickets had already been pre-ordered by the OTAs as part of their appointment process. This was a significant increase compared to Rugby World Cups 2015 and 2019. The French hosts have set themselves a target of attracting 600,000 visitors to the country.

World Rugby Chief Executive Officer Brett Gosper, pictured below, said: ‘The Official Travel Agent Programme has been one of the major success stories for Rugby World Cup, proving a hit for sports fans from around the world, delivering its unforgettable memories and exceptional experiences.’

‘Following a very special Japanese tournament in 2019, enthusiasm for Rugby World Cup France 2023 is exceptionally strong, and we are delighted to see so many countries expressing interest in our showcase event. Starting today, fans can start preparing for their French experience.’

Claude Atcher, CEO of France 2023: ‘Because a Rugby World Cup is sometimes a trip of a lifetime, I am pleased with this public announcement of the Official Travel Agents. The OTAs will assist fans from all over the world plan their trip to France so that they can best support their teams during the matches and enjoy France’s sightseeing. It’s a very exciting perspective for everyone.’

Groupe Couleur Founder and President David Chevalier said: ‘Our entire team is incredibly proud to present this list of travel agents, but our work isn’t over yet! Additional agencies from several other new territories from the five continents will be added to the list in the following months, and this diversity will make Rugby World Cup France 2023 a truly unique and global event.’