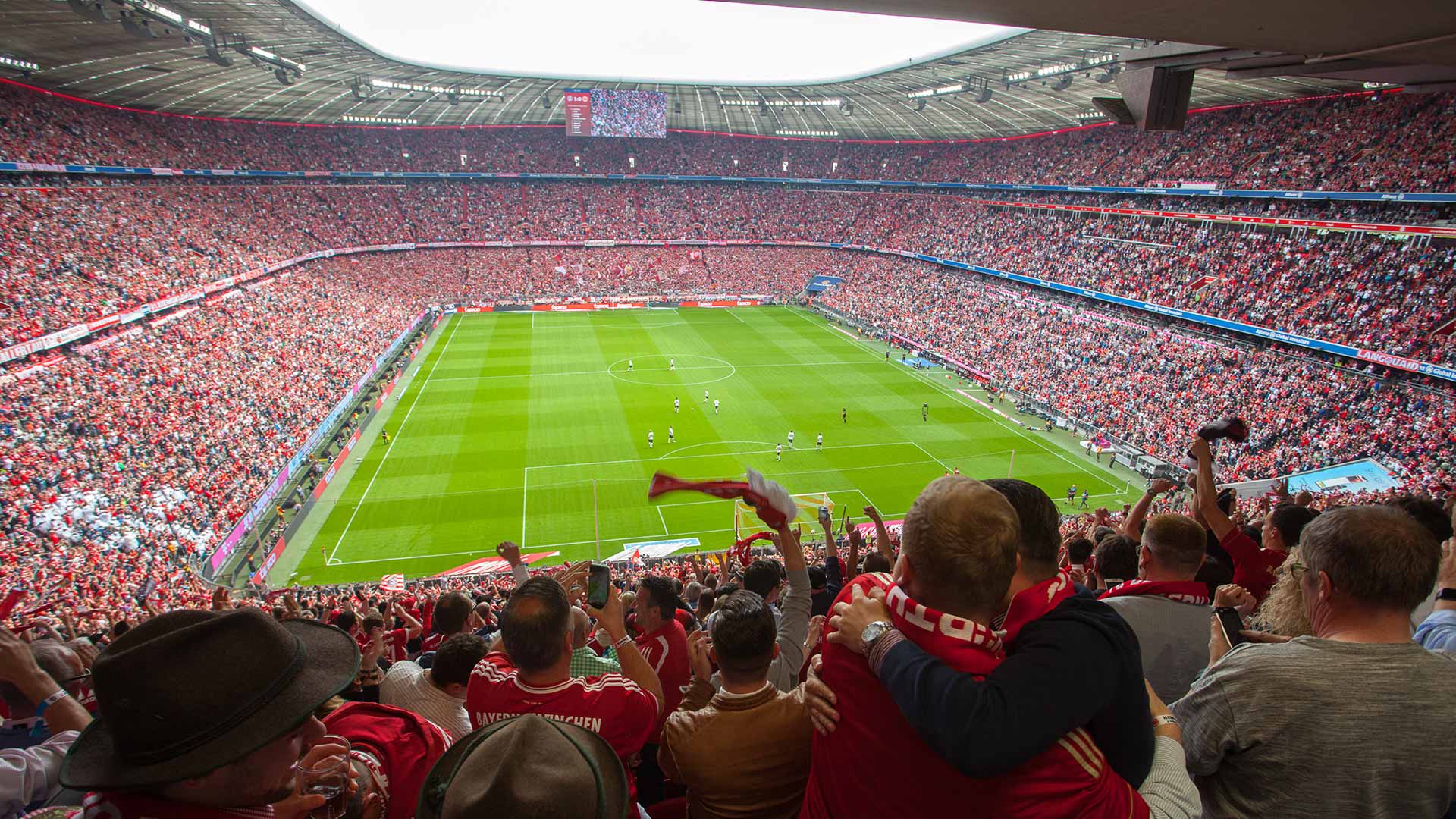 Thanks Bundesliga! Two examples of why the human soul craves live sport, and now!

There was wonderful news this morning that the German Bundesliga looks like becoming Europe's first major football league to emerge from the pandemic and restart later this month. The Bundesliga has nine match days remaining and is hoping to complete the season by the end of June.

The central German government and the federal states have all approved the restart as the number of coronavirus cases have eased. The actual restart date will be decided today by the German Football League (DFL) at their Ordinary Assembly. The two likeliest options are May 15, which some clubs appeared to confirm on Wednesday, or a May 22 start.

Here are just two examples of the real impact that a live sporting moment has had on the lives of many. And we’ve picked these two moments because they both occurred this very week, the first one in 2009, the second in 1997.

In 2009, Barcelona’s Andrés Iniesta scored a goal that immediately became a classic. It was in the 93rd minute against Chelsea at Stamford Bridge, and the draw was enough to put them through to the UEFA Champions League final in Rome [which Barca would win 2-0 over Manchester United].

Here is Iniesta remembering how unlikely it felt that Barcelona would ever score against the Guus Hiddink-managed Blues.

‘There will be a lot of love made tonight,’ captain Gerard Piqué had said after Iniesta’s goal squeezed Barcelona through into the final and, it turned out, he was right, as The Guardian reports.

A spokeswoman for the maternity ward at the Quirón hospital in Catalonia said births nine months later were up from nine or 10 a day to 14 or 15 in her hospital alone. A subsequent study in the British Medical Journal recognised the potential bias of its Barcelona-supporting researchers but tentatively concluded that it was plausible to talk of a 16% rise.

‘The heightened euphoria following a victory can cultivate hedonic sensations that result in intimate celebrations, of which unplanned births may be a consequence,’ the report said, adding: ‘Ideally, to bridge the gap between observational and trial data, it would help greatly if Iniesta were willing to replicate his intervention – although the cost of such a study could be prohibitive, not to mention harmful to the reference group [Chelsea].’

So well-known is the phenomenon of ‘Iniestazo’ babies, that Iniesto made surprise video calls this week to two 10-year-olds born in Catalonia in late January 2010– on the anniversary of the UEFA Champions League semifinal.

‘Happy conception day’ may not be a thing yet … but those who know the high passions of sport know it be true.

These are the last two shots in the final of the 1997 World Snooker Championships as Ireland’s Ken Doherty eased to an 18 frames to 12 win over defending champion Stephen Hendry.

Although Alex Higgins and Dennis Taylor had won world snooker titles before Doherty, they were both from Northern Ireland; Doherty’s win was the first time someone from the Republic had been crowned world champion. He would go on to be voted Ireland’s 1997 sports personality later that year.

The Irish have never been slow to get behind one of their own and, with Doherty through to the finals, state broadcaster RTE decided to show the snooker finals live for the very first time. So what follows next is not really that surprising.

‘After flying into Dublin [after the world title win at Sheffield’s Crucible], my first stop from the airport was the Mansion House and I remember the Chief Superintendent told me that from seven to 10 that night there wasn’t one call into the central police station in Harcourt Street,’ recalls Doherty. 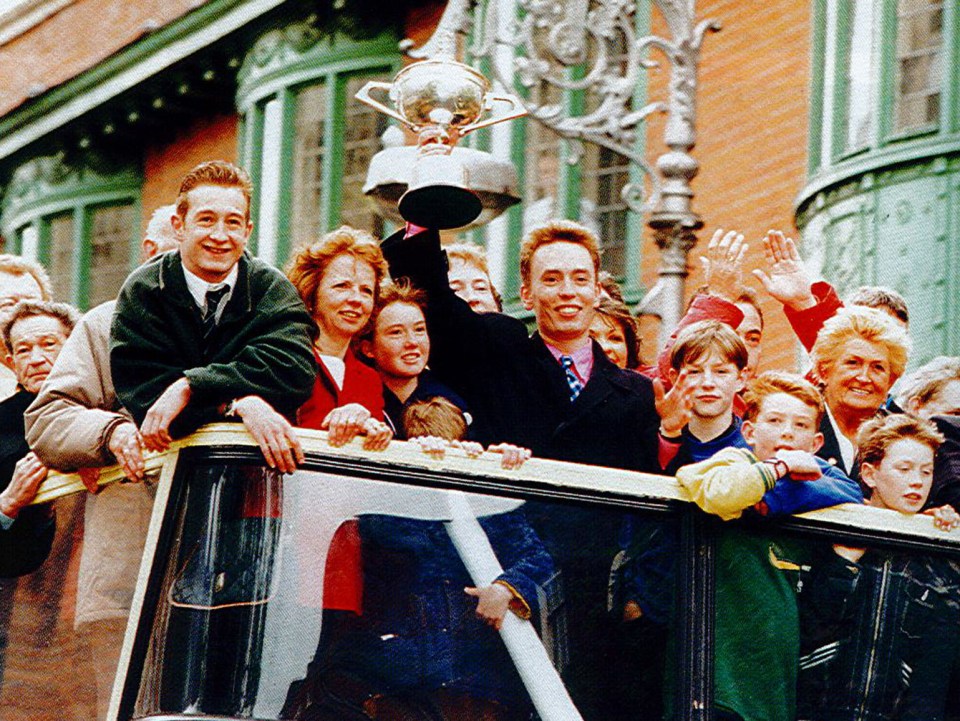 Ken ‘The Darlin’ of Dublin’ Doherty in his open bus-top parade through Dublin after beating defending champion Stephen Hendry 18-12 to win the World Snooker Championship in 1997.

‘It was the first time that [state broadcaster] RTÉ had shown the snooker live, so the whole country was able to tune in and watch it live from seven until 10. And it turns out that there wasn’t one single call going into the police station and they got quite concerned.

‘Someone from the station was ringing the telephone exchange to see if there was something wrong with the phones. There wasn’t one break-in, one robbery, one fight in the streets and they thought that something was up, but the phone company just said: “are you not watching the snooker like everyone else?”.

Three years after his exploits brought Ireland to a juddering halt, Doherty was responsible for another of the game’s most jaw-dropping moments when he missed a simple black to complete a televised maximum break of 147

in 2016, the Irish Times caught up with Doherty, who is now a well-respected BBC snooker broadcaster and gaming spokesman

NB. As welcome as the Bundesliga restarting definitely is, one note of caution … one of the few major Live Events that have continued through the coronavirus is the World Wrestling Entertainment. WWE’s shows are also without fans, like the Bundesliga will be, and were given approval to continue by Florida governor Ron DeSantis who designated them an ‘essential business.’

However having no fans in the venue may be a reason why the WWE’s rating have struggled with ‘WWE Raw’ on the USA Network hitting an all-time ratings low this past Monday.

‘And it’s certainly significant that WWE has been drawing such low numbers even without much sports competition. They’d usually be up against NBA and NHL playoffs (plus the MLB regular season) at this point, but even with those events all gone, they’re still recording historic lows.’

That’s why the sooner the whole of the Live Event industry can be back supporting each other, the better for all parts of sports’ commercial ecosystem.

Some cricketing good news emerges from the Live Event lockdown