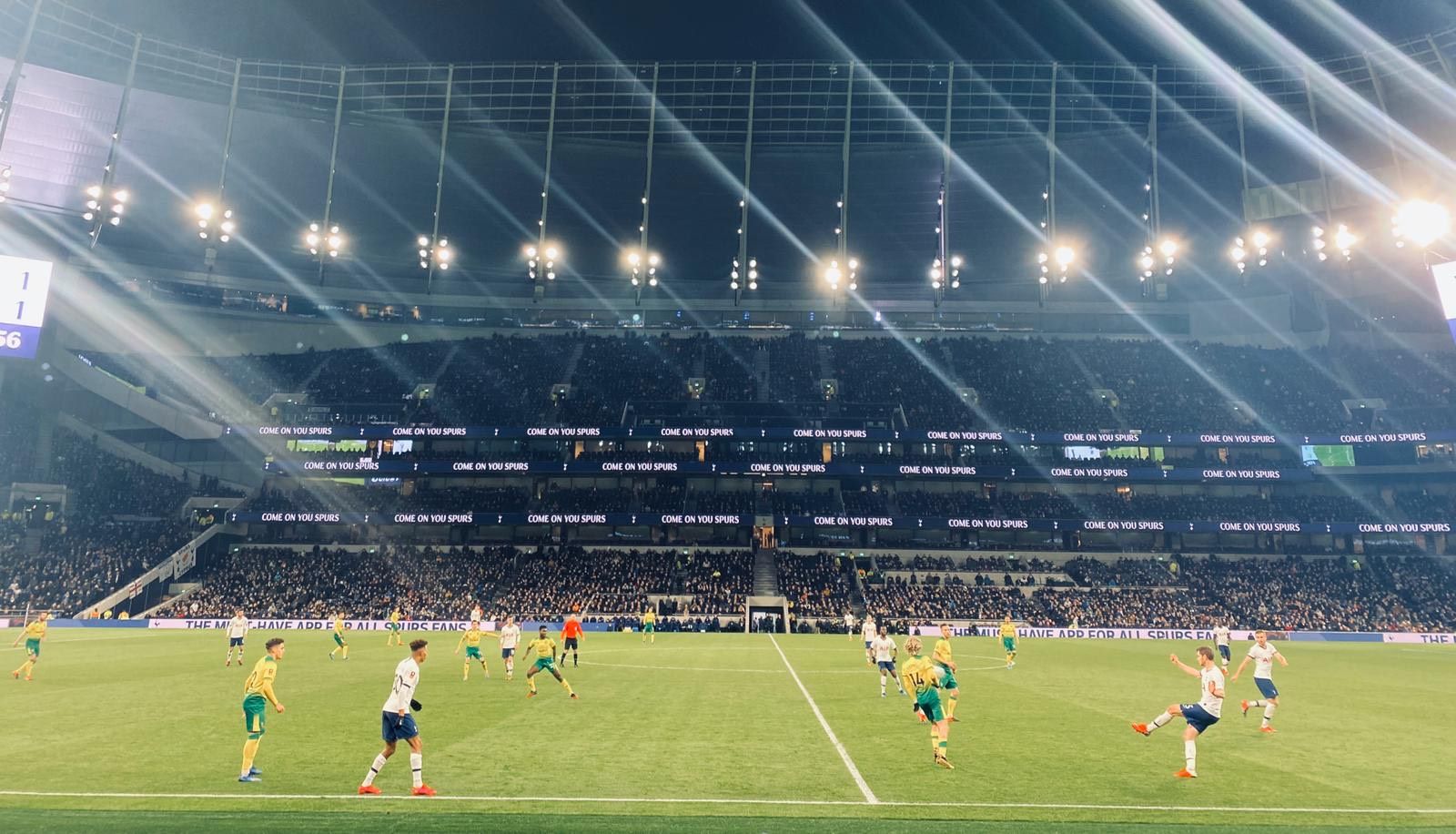 On average a Lower East Side Hospitality Package at the brand new Tottenham Hotspur stadium is around £300. So when we spotted packages for £75 for the fifth round FA Cup match up against Norwich City we couldn't resist. We also thought it would be valuable to highlight that hospitality doesn't always need to be at top tier prices. Two Premier League teams playing in a knock-out round - we were even lucky enough to see a penalty shootout, all from some of the best seats in the house.

A couple of clicks later we had a confirmed order and a week before the match, the e-tickets were in our inbox.

We made our way to White Hart Lane on the Victoria Line up to Seven Sisters and then changing to the Overgound. With kick-off at 19:45, the tube on the way there was rather packed, as it normally is on a weekday after work. We highly recommend taking full advantage of the access to the hospitality area 3 hours before kick off so you avoid the rush hour on public transport.

On the walk from the station to the stadium you can feel the air buzzing with excitement. And as soon as Tottenham Hotspur Stadium comes into view everyone is pulling out their phones for a picture - everything about it screams state of the art.

The very helpful Tottenham 'Fanbassadors' point us to the East Side of the stadium where there is a dedicated hospitality entrance. Although one of the turnstiles wasn't working when we turn up, there is practically no queue to get in. With our e-tickets on our phones we make our way quickly through the turnstiles and security.

The bag policy is followed strictly and no bags larger than an A4 sheet are allowed in.

If, like us, you are curious to explore the new Tottenham Stadium,  your Lower East Side hospitality gives you access to the second level hospitality and it's bars and restaurants. However, the first level of the stadium is only accessible after the match is over.

TIP: Pick up your official programme at reception before heading to the Hospitality Area. (There is also an eco-friendly digital version of the matchday available)

Once you're through security the entrance is immediately on your left, it's a rare find to have to walk so little in such a stadium. The hosting team slips on a wristband and off we go. Not only is the stadium spotlessly clean, it smells brand new, and the made sure to have added hand sanitisers before and after each door. Every staff member at the stadium is helpful and very friendly.

The space itself is very lively, full but never a queue to get drinks or food. The 'bottoms up' beer dispenser is a big plus here as it keeps the line moving quickly. People share tables and there is a friendly atmosphere with families and friends bumping in to each other.

The hospitality area certainly lived up to expectations and most importantly looked as it was advertised:

The unlimited bowl food consists of three delicious options: hot dog with pulled pork & crispy onions, onion bhaji in a soft naan with mint raita, and a Mexican prawn cocktail with guacamole, sour cream & tortilla crumbs. There are waiters passing these around but you are welcome to pick them up yourself from the chef's stations where they are being freshly prepared.

Everything is served on reusable or recyclable materials. There were mobile charging stations  at every table. Given the current coronavirus situation, and the fact so many countries are cancelling major events, Spurs demonstrated strong awareness to the hygiene levels that need to be maintained when hosting an event of mass gathering, with hand sanitisers available throughout the stadium and hospitality areas.

With a few minutes to kick-off we made our way to our seats, directly from within the hospitality area, no need to go out to the concourse level - which is a much welcomed perk.

The highlight of this package is the location of the seats. Although we knew we were in block 003, we were still surprised to find ourselves so close to the pitch and directly on the halfway line - you could hear the ball being passed around when the fans were not singing along to the team's songs.

An early goal from Jan Vertonghen kept Spurs fans happy and singing along throughout the first half. A few minutes before the first 45 minutes were up, people start trickling back towards the hospitality area to take advantage of the complimentary half time bar.

The proximity of the seats to the hospitality area means you have a full 15 minutes to enjoy indoors and warm-up again. We helped ourselves to a complimentary drink, popcorn and a yummy chocolate chip cookie, and to keep us warm through the second half a take away coffee and hot chocolate.

What seemed like a straightforward win from Tottenham was suddenly far from guaranteed when Josip Drmić scored the equaliser. The football gods gave us an exciting, albeit goalless, 12 minutes until the end of the match. In a surprise upset, Tottenham found themselves knocked out of the FA Cup after a poor penalty shootout.  With Chelsea knocking out Liverpool the day before, the FA Cup is getting harder to ignore.

As the match took longer than expected we did not take full advantage of the late closing hour of the hospitality area and found an impossibly long queue to get on the White Hart Lane Overground - which could potentially ruin the luxurious VIP experience we just had. So we opted to walk 30 minutes down to Tottenham Hale and even managed to get a seat on the tube. With everything being so convenient and close within the stadium, the walk was a very nice way to end our Tottenham Hospitality experience.

The American influence on the Tottenham stadium is obvious and very welcome. It's spacious, convenient, extra friendly, and they make a great hotdog! With a partnership with the NFL, Spurs have really diversified their offering with the grass being set on a retractable platform that undercuts the south stand making way for the artificial surface below.

Expect to see a multitude of different events hosted at this state of the art 62,000 seater stadium in the future. Here are some that we have on offer at the moment. 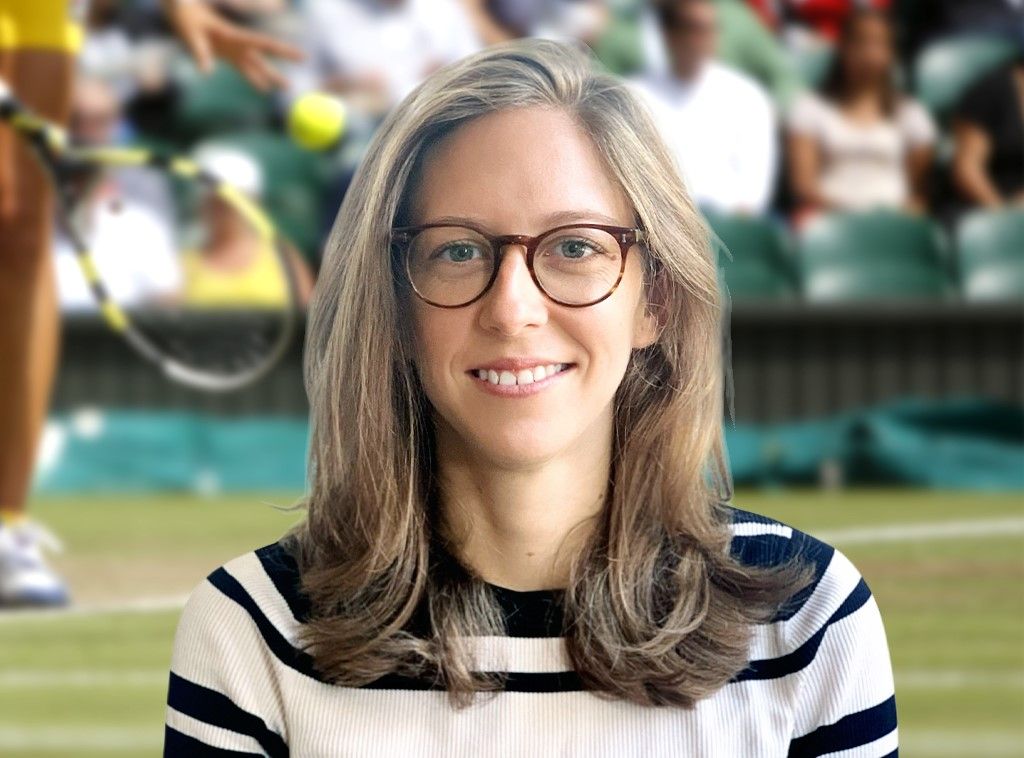 When Ajax's cup celebrations almost literally brought the house down

How to celebrate International Women's Day in Sporting Style