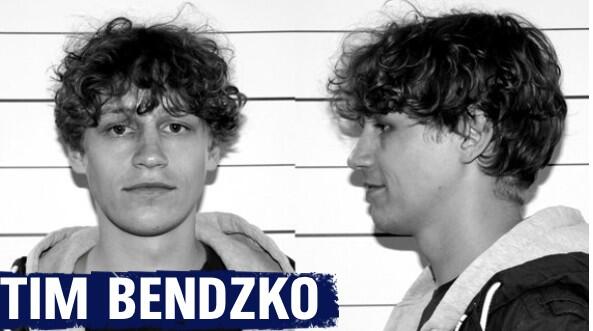 Tim Bendzko might not be a well-known name outside his native Germany. But he has won the Bundevision song concert and is a popular enough to have opened tours for Elton John and Joe Cocker.

This past weekend though he played what may turn out to be one of the most significant concerts of his life in front of just 1400 spectators in the Arena Leipzig.

Bendzko called out to his fans that they were all ‘world saviours’.

‘Thank you all for being here and helping us to return to normality as quickly as possible,’ the 35-year-old pop star shouted.

Everyone attending the concert this past Saturday were, in a way, guinea pigs in an experiment conducted by the University Medicine Halle. The scientists wanted to find out how high the risk of a corona outbreak is after major events. So they used the opportunity of a Bendzko concert, to collect a large amount of data.

‘It's all about an evidence-based approach,’ said Michael Gekle, Dean of the Faculty of Medicine at Halle University, explaining the concept of the ‘corona concert’. Due to the pandemic, major events are prohibited in Germany until at least the end of October. The ban is right across all culture events as well as sports. So Gekle and his researchers are looking for ways to mitigate the full extent of the blanket ban.

Gekle said the science was very clear that it was the right thing to do to shut down social life in March and April. But now it was a matter of creating a ‘risk-adapted’ response. For this, he said, data is necessary. ‘If you are asked now: What risk is involved in such an event - then nobody knows,’ said Gekle.

The experiment began on Saturday morning with an elaborate check-in. Fever was measured in all the participants before entering the hall. They were also equipped with so-called contact tracers to register their contacts. Sensors tracked the routes they took. For this purpose, fluorescent disinfectant was used to make visible which surfaces were touched particularly often. The dispersal of aerosols - the smallest particles in the air that can carry the virus - was also tracked.

For the study – named ‘Restart-19’ - three concert situations were simulated on Saturday: One, the ‘old normal’ showed a typical arrangement before the beginning of the corona crisis, one with a slightly greater seating distance between the listeners and one with a distance of 1.5 metres between people. ‘We investigate risk constellations,’ said study director Stefan Moritz. He expects the first results in six to eight weeks.

The researchers had been hoping for about 4,200 voluntary participants. In the end, only a third of that number attended. Researchers suggested this relatively low turnout might have been because of the holiday period in Saxony, plus the fact that coronavirus numbers are rising again in Germany said study leader Stefan Moritz. But the 1,400 attendees were sufficient to give the study enough information. ‘We have good data quality,’ said Moritz.

Among those who spent their entire Saturday in the Arena Leipzig were Kathleen (36) and Felix (37). They had come to Leipzig from Görlitz on the Polish border for the study.

‘We are really not here for the music,’ said Felix. They wanted to contribute to finding out how it might be possible to help cultural events to take place again. The day was exhausting, he said. All participants in the heated hall had to wear FFP2 masks. A corona self-test was also mandatory.

According to the University Hospital of Halle, the large-scale test cost around one million euros and was financed by the states of Saxony and Saxony-Anhalt. According to study leader Moritz, there are now three other international research teams in Australia, Belgium and Denmark that are planning similar experiments. This was also a goal - to provide a starting point for more research on major events.

Pop star Bendzko was positive at the end of the ‘corona concert’. He had feared that the whole thing would feel a bit sterile and more like a science-lab experiment. ‘But we really enjoyed it. We survived car cinema concerts in the summer. In that respect, this is the first step towards normality for us today.’

Forbes' take on DAIMANI: 'Listening to the customer is paramount'