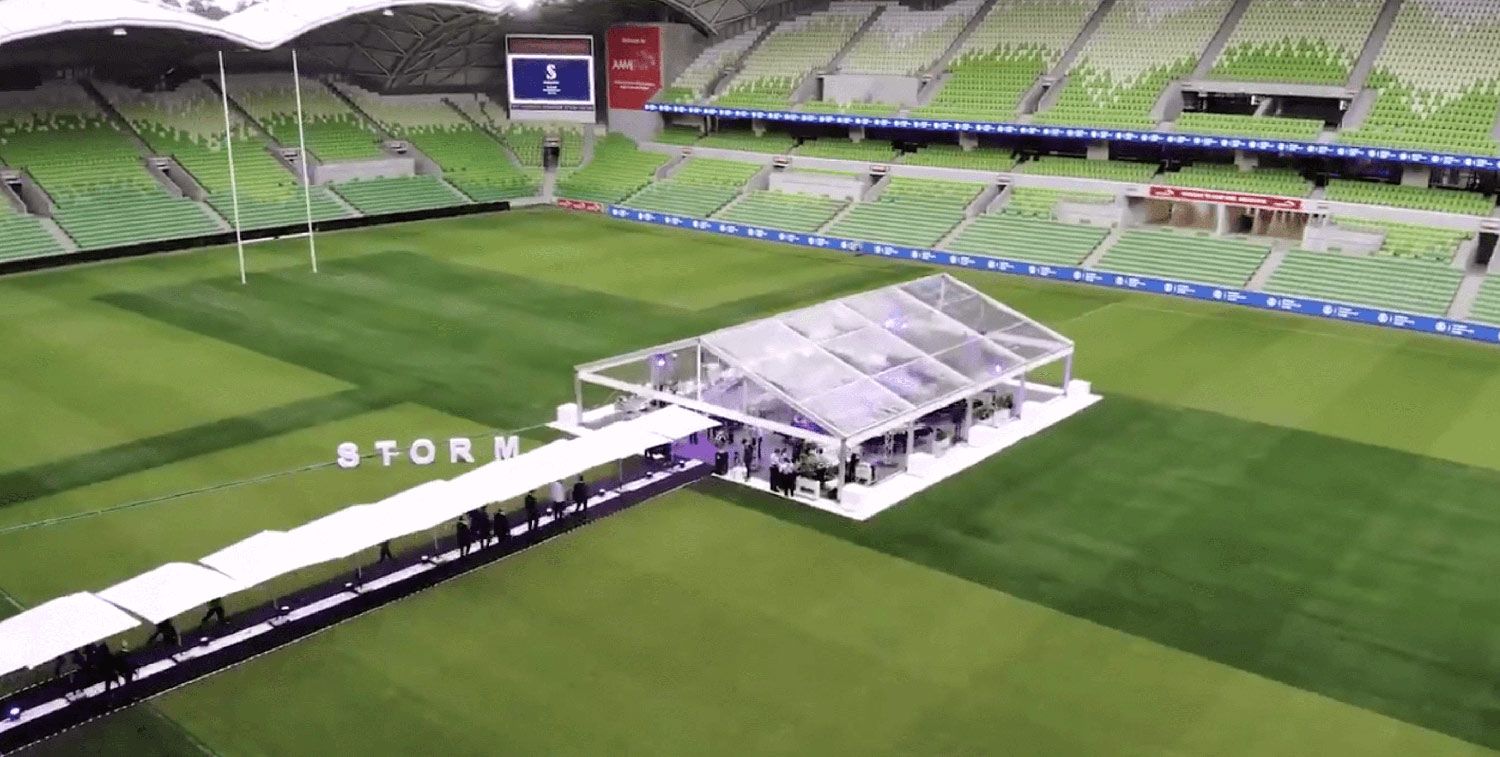 The National Rugby League’s Melbourne Storm are one of four sporting tenants of what is still officially known as the Melbourne Rectangular Stadium – or AAMI Park to use its commercial name. The others are Super Rugby side the Rebels and the city’s two A-League rugby teams.

Earlier this week the NRL club debuted what they hope will be a regular feature of their Executive Club commercial hospitality programme – a temporary structure located mid-pitch connected by lit walkway to the stadium itself. The late afternoon, early evening programme featured a host of club luminaries talking about the upcoming season, include Craig ‘Bellyache’ Bellamy who has coached the team for the past 18 seasons and Cameron Smith, who will captain the side for a 13th consecutive season when the NRL kicks off in a couple of days’ time.

The Storm start the 2020 season with two away games before their first home matches against the Panthers and Rabbitohs on March 28 and April 2.

Harry Styles: 'A joyful celebration of a musician truly coming into his own'