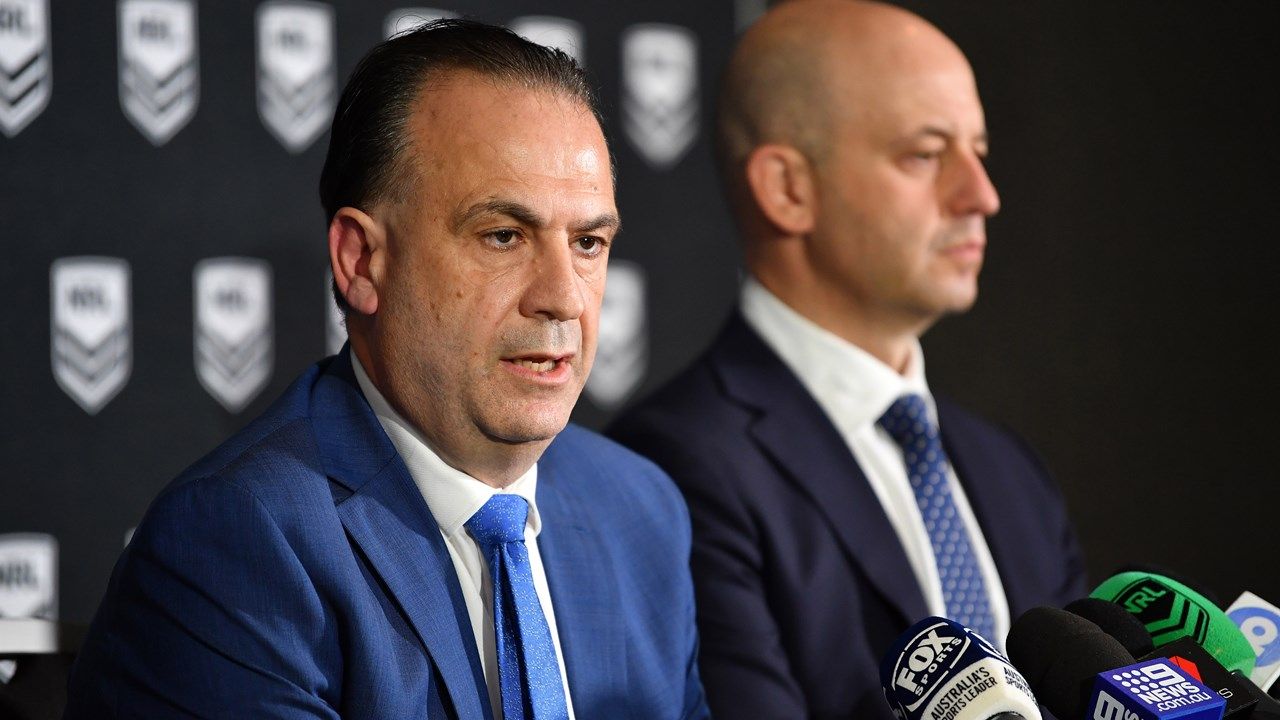 By the time you read this the full-time whistle should have sounded in the match between the Brisbane Broncos and Parramatta Eels at Brisbane’s Lang Park.

That rugby league is even playing today and across this weekend appears to be a huge win for the game’s charismatic chairman Peter V’landys [who also serves as the CEO of NSW Racing]. V’landys’ no-nonsense determination to get things going again has earned him the nickname ‘Push Ahead Pete’.

When V’landys announced May 28 as the target date, all the way back in the first week of April in the depth of the Live Event lockdown, many people scoffed. Those who weren’t scoffing were outraged.

Yet here we are. And rugby league will also be delighted to have pipped their rival code the AFL’s Aussie Rules, whose matches don’t kick off again until June 11.

The almost ten weeks since the National Rugby League was forced to suspend competition after Round 2 have been some of the most extraordinary and turbulent in the game’s history:

In this profile of ‘Push Ahead Pete’ by the ABC last month, Australia’s state broadcaster acknowledges V’landys ‘punchy approach promises something the data-driven health department officials and unusually fact-observant politicians can't — a return to the daily routine for those fans whose lives are guided by rugby league’.

‘[V’landys] has created a bull market for his early start-up plans by sheer force of personality and despite the misgivings of those he blithely dismisses as naysayers and procrastinators.

‘In a world where our daily lives are guided by the cautious words of health official bureaucrats quoting data provided by lab-coated geeks, V'landys's colourful rhetoric has played well with those accustomed to rugby league's aggressive nature and others craving for a distraction from the drab reality of shutdown life.’

Here are some of the key issues that the NRL have had to confront because of the circumstances of the coronavirus lockdown and the changes made to the game as a result:

The NRL is a sixteen-team club competition with eight clubs based within Greater Sydney, two in regional New South Wales, three in Queensland and one each in Victoria, the Australian Capital Territory and New Zealand.

Here is the NRL’s helpful team-by-team analysis of what the rest of the season has to offer.

Of all of the changes the NRL has had to make, the most controversial but also the most necessary has been collapsing the almost 20 stadia down to just six for the matches between now and round nine.

A review of venues will be conducted by the end of round nine to determine the staging of the next rounds of matches.

Although the competition will start tonight with no fans in attendance, the NRL – with Push Ahead Pete to the fore - would like to see fans back in venues for matches by July 1. In lieu of fans, the NRL is also promoting a similar concept to that introduced by Borrusia Munchengladbach which allows supporters to buy their place in the stadium in the form of a life-sized cardboard figure. The cost is AU$ 22 pp plus GST.

While the NRL embarks on its next mission – to have spectators return by 1 July – the home advantage of once-feared fortresses like Melbourne will be examined in a new light, given the absence of cheering home fans.

The NRL’s chairman Peter V’landys explains on Channel Nine’s breakfast show this morning [from 1.20] why he believes the science supports a return to fans-in-stadia by July 1.

There is no doubt the team with the least advantages under the new arrangements: the one team from outside Australia. To comply with international quarantine rules, the New Zealand Warriors left their families behind on May 2 to set up camp in the New South Wales country town of Tamworth.

They’ve now moved closer to their assigned home ground in the Central Coast last week but still with no prospect of seeing their family and loved ones.

Now it's official: Stubagogo is 'Worst. Deal. Ever.' according to Forbes