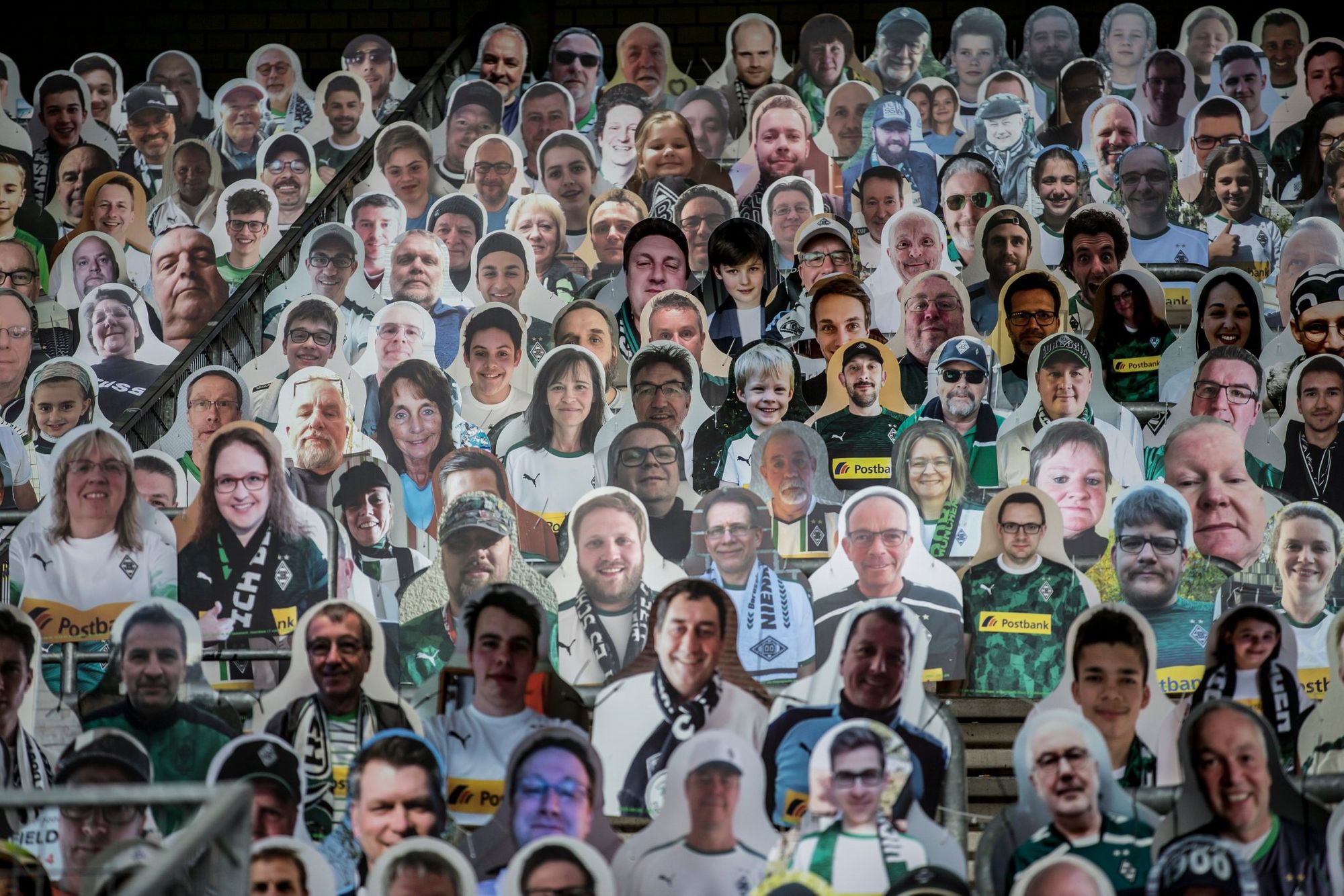 This is the start of what will hopefully be a regular feature showcasing those innovations that are technical or imaginative but most importantly contribute to the Live Event industry getting back on its feet again. If you have a press release, image or video you would like to share with us, please do so at …

As the Bundesliga confirms a return to action on May 15, we were very happy to see that one team is reaching out to their fans in a way that promises they will be in the stadium, even when they won’t. This is particularly important when these ‘behind-closed-door’ have already acquired the off-putting nickname Geisterspiele, or Ghost Matches.

Enter Borussia Mönchengladbach, who have already done an excellent job of making their English-language social media content as engaging as possible with this guide as to how new fans should go about selecting which Bundesliga team to support.

For EUR19, stuck-at-home fans of Borussia Mönchengladbach can take a photo of themselves using a mobile camera and have it reproduced as a life-sized cardboard cut-out to be placed in the stands at Borussia Park.

All you need to do is go to this site and follow the very simple instructions.

According to the just-released schedule for the 2020-2021 NFL season, the Miami Dolphins’s first game will be at home against the New England Patriots on September 13.

Are you ready for some football? The @NFL is set to announce a full 2020 schedule this week. @VictorOquendo reports. https://t.co/DrTaCg1pfp pic.twitter.com/481b2tF1zL

Earlier this week, ABC’s Good Morning America was able to get a preview of how the Dolphins and their Hard Rock Stadium will plan around the pandemic, perhaps even limiting stadium capacity to 15,000 of a possible 65,000.

Some initiatives include: ‘We would have times to come in for security at different gates so people would be separated out in terms of when they enter the stadium,’ team president Tom Garfinkel said in the report. ‘We would exit the stadium much like a church environment where each row exits so people aren't filing out all at the same time in a herd.’

According to Sports Illustrated, ‘The mock-up of Hard Rock Stadium featured coloured spots near the entrance that would preserve social-distancing guidelines. Garfinkel said that buying food at games would be akin to getting take-out, with fans ordering the items from their seat and then going to pick them up instead of waiting in line to order.’

The Wall Street Journal has a feature-length look at the various initiatives being taken by employers to track their workers’ health. The article looks at the obvious privacy concerns but suggests this is merely an extension of the already-widespread use security cameras and keycards that register entries and exits. ‘After the Sept. 11 terrorist attacks, buildings installed enhanced security measures, including logging in visitors and X-raying briefcases.’

‘In Midtown Manhattan, thermal cameras will measure body temperatures as employees file into a 32-story office tower at Rockefeller Center. The building’s owner, RXR Realty, said it is also developing a mobile app for tenants to monitor—and score—how closely their workers are complying with social distancing.

‘PricewaterhouseCoopers LLP said it is preparing to launch this month a phone app for employers that traces contacts by analyzing workers’ interactions in the office. More than 50 clients have expressed interest, including some of the nation’s biggest banks, manufacturers and energy companies.

‘RXR, the real-estate company, is testing new systems on its own employees. “We are using ourselves as the guinea pigs,” RXR’s Chief Executive Scott Rechler said. The company aims to have its social-distancing app ready at the end of May. Workers’ movements are tracked through their smartphones—you get a higher score the more time in the office you are farther than 6 feet from another person. An individual would see his or her own score, and the employer would see aggregate data on how employees are complying with social distancing as a whole.’

The WSJ again looks at what social distancing actually means as set against some standard day-to-day situations, in a restaurant, clothes shop and travelling by plane.

And this fascinating video is just one of many that details new products that are available that allow all manner of variables to be checked in detail automatically and linked live to access control, including temperature and whether even you’re wearing a mask.

But what is the good news in all of this? Historian and renowned ‘big thinker’ Malcolm Gladwell says We Can Do This. In a Channel 4 interview, when asked to put the coronavirus lockdown against other major chapters in human history, he says, ‘what we’re seeing here is a level of adaptation that is really quite remark able’.

Your five culture kicks for the weekend ahead