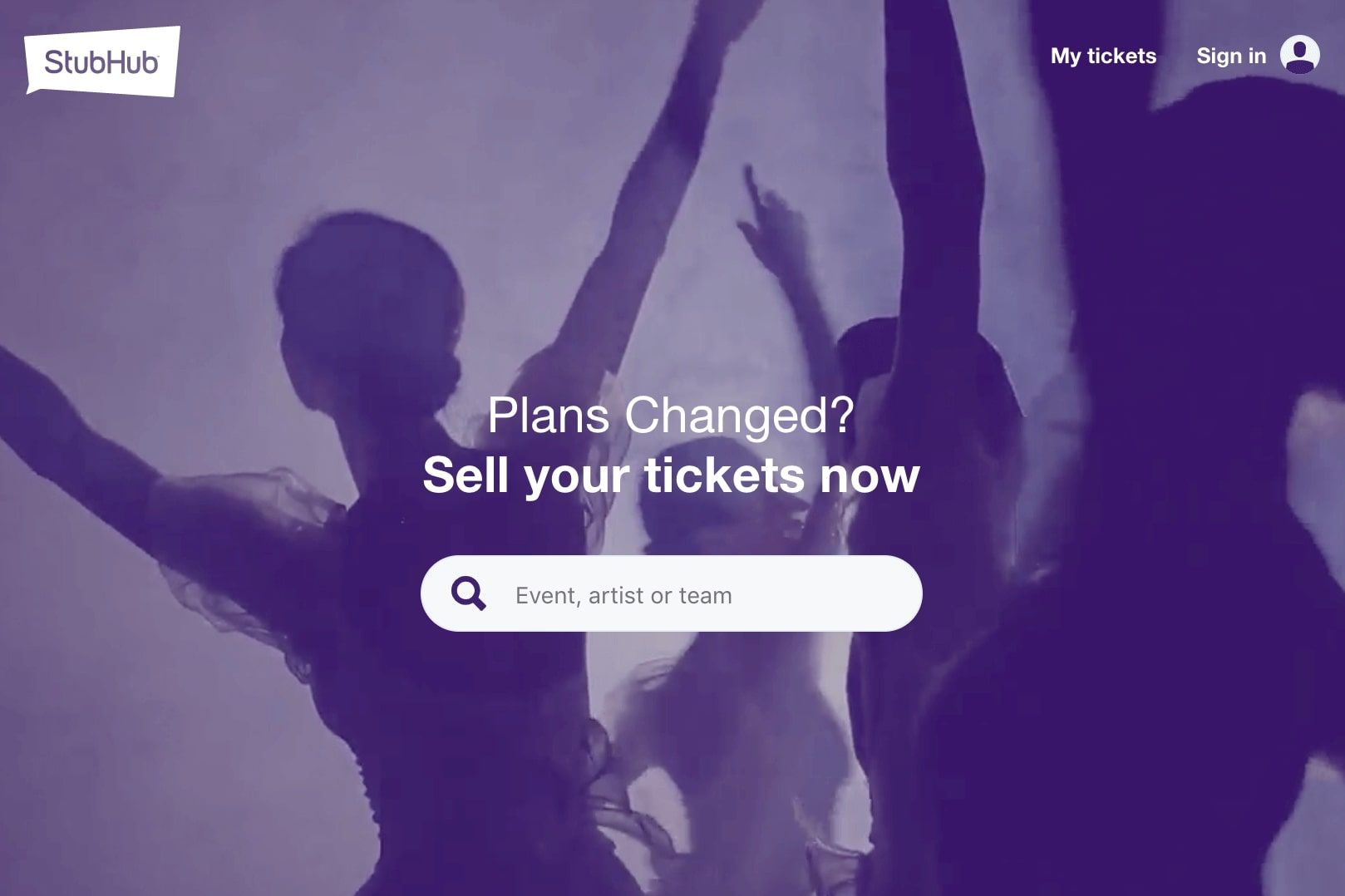 The CMA announced on April 15  they will upgrade their initial probe into a phase 1 full market competition investigation. The results of this will be known by June 11.

Covering this story, the Guardian’s Rob Davies said possible rulings from the CMA in June included to ‘ask the companies to allay competition concerns, potentially by selling parts of their UK operation. It could also launch a second inquiry that could ultimately result in the UK element of the deal being blocked altogether.’

By way of background: Viagogo’s purchase of StubHub was announced in November, but the month following the CMA said it was concerned enough about what ‘Stubagogo’ could look like to ask for stakeholder comments on whether a takeover would result in a ‘substantial lessening of competition within any market or markets in the United Kingdom for goods or services’.

Those stakeholder responses must have been sufficiently alarming for the CMA to issue an enforcement order on February 7 against the CEOs of Viagogo, Eric Baker and Stubhub, Sukhinder Singh Cassidy, requiring them to delay merging the companies while it reviewed the deal. The order contained a warning to both companies against taking any actions that would ‘otherwise impair the ability of the StubHub business or the Viagogo business to compete independently in any of the markets affected by the transaction.’

Confirming this in February, a StubHub spokesperson said they were respecting the CMA order: ‘We are currently operating as an independent company, no longer under the support of eBay but not yet operated by Viagogo.’

No doubt questions will be asked about the wisdom of Viagogo closing the acquisition – which is understood to have occurred in February – while ‘Stubagogo’ was still being investigated by the CMA.

What action the CMA was going to end up taking this month was a ‘Known Unknown’ to those plotting the merger. But anybody with the slightest imagination or feel for the political situation in the UK must have guessed a phase-1, full market CMA investigation was the probable outcome.

Especially as the CMA has tangled with Viagogo before. In 2018 the CMA called in assistance from the US government’s equivalent body, the Federal Trade Commission, for help ‘to assist the United Kingdom in its enforcement action regarding foreign entities’ compliance with foreign law.’

The FanFair Alliance, which basically campaigns for blowing up the existing ‘dynamic pricing’ model employed by Viagogo and others, said reading the FTC documents showed the CMA was fighting, ‘an almost pathological reluctance by Viagogo to disclose information about key staff, key shareholders, its turnover or its byzantine corporate structures including companies such as Basset Capital LLC, Grover Street Holdings, FJ Labs LLC, Andro Capital Management, IFOT Services Ltd and VGL Services’.


Thanks to the rapacious conduct of Viagogo in particular, the secondary ticket market has become a high-profile bipartisan political issue in the UK. So much so that Claire Turnham, who founded the Facebook group Victim of Viagogo in 2017 was awarded an MBE in the 2019 New Year’s Honours list for services to consumer rights. So bad has been Viagogo’s conduct that there were six Victim of Viagogo box office windows at Wembley for a series of Ed Sheeran concerts in 2018.

And in February this year, just as the CMA was considering whether to make a formal investigation into ‘Stubagogo’, two ticket touts, who made more than GBP11m through Viagogo and other online selling platforms, were convicted of fraud and jailed for a total of six and a half years.

It was revealed during the trial how inventory management tools that high-volume sellers can access on Viagogo actually assisted in the commission of the fraud – in this case the charge of speculative selling, the fraudulent act of offering tickets for sale before the seller has actually bought them. This prompted one Labour MP to call on Viagogo and other sites to be subject to a full criminal investigation.

With our DAIMANI hat on, we know that if ‘Stubagogo’ is not able to access the UK market as originally planned, this will be a major unravelling of the financial assumptions behind the deal. For both DAIMANI, selling official VIP Hospitality, and Viagogo, offering secondary market tickets largely in breach of the tickets’ terms and conditions, the UK is the biggest and most lucrative Live Event market outside the USA. The UK and Ireland are two of the top five countries in the world for searches of ‘Viagogo’, according to Google Trends.

And the value of the market to Viagogo? IQ Magazine says the UK’s secondary ticketing market is worth an estimated GBP1 billion a year with half of this derived from music events.

The 'Unknown Unknown' in the ‘Stubagogo’ acquisition, that Viagogo CEO Eric Baker and his backers could not have foreseen in the negotiations that led up to the November deal, has obviously been the impact of coronavirus. This forced the global lockdown of the Live Event business which still has no end in sight.

The 90-day chart – extracted from Google Trends – shows just how precipitously worldwide searches for StubHub and Viagogo have fallen away. FYI, the World Health Organisation declared COVID-19 a pandemic on March 11 after which search-interest in both companies cratered.

The Google Trends scale represent search interest relative to the highest point on the chart for the given region and time. A value of 100 is the peak popularity for the term. A value of 50 means that the term is half as popular. A score of 0 means there was not enough data for this term.

Similarly, Google Trends show how searches collapsed for ‘NBA’ the biggest of the US’s professional sports that was actually ‘in season’ when the pandemic was declared, versus Netflix, perhaps the best-known stay-at-home entertainment option.

The impact of the COVID-19 lockdown and the difficulties this has caused Viagogo’s Eric Baker – who in 2000 was actually one of two cofounders of StubHub – has provoked some wry smiles amongst those who have made it their business to take on the current players in the secondary ticket market.

In a comment piece for IQ magazine, Adam Webb, the campaign manager for FanFair Alliance, said Viagogo’s £4.05 billion move on StubHub ‘could well be one of the most poorly timed acquisitions in recent corporate history’.

We quoted Fuller saying, on April 1, ‘I believe that StubHub, the company which was just acquired by Viagogo for USD4 billion is on the verge of collapse. What I’m hearing suggests they’ll file a bankruptcy petition around April 15th.’

Given that April 15 has passed, we went back to Fuller to ask for his thoughts and what he is hearing about a possible Chapter 11 filing: ‘[there’s] Radio silence.  I believe [StubHub are] waiting out the request they’ve made for federal assistance and likely they’ve also applied for a PPP loan. Until those decisions are made I think everything remains status quo.’

A PPP loan or Paycheck Protection Programme is a US government initiative – through the Small Business Administration - that helps businesses keep their workforce employed during the coronavirus pandemic.