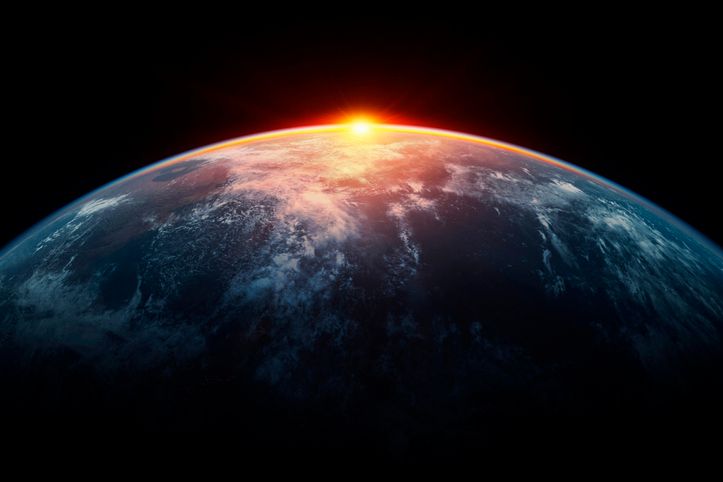 There are two arms to Sir Richard Branson’s space endeavours – Virgin Orbit which launches commercial satellites into space and Virgin Galactic, which offers ninety-minute space flights for over US$ 250,000 each.

With only two space test flights under its belt, Galactic has over 600 people signed up — including pop star Justin Bieber and actor Leonardo DiCaprio — representing about US$ 80m in pre-paid sales.

But yesterday there was bad news for the other of Branson’s space endeavours, as Virgin Orbit, which uses a rocket slung underneath the wing of a Boeing 747 to fire satellite payloads into space from 35,000 feet, failed to get that launch rocket into orbit during its very first airborne test.

This was how Virgin Orbit announced the bad news on Twitter:

Orbit’s setback doesn’t directly affect the Galactic VIP side of the business. Except that, in reality, it does. Firstly it’s a huge emotional downer and plays into some of the negativity surrounding Branson’s space initiatives that has been curated by Private Eye and others in the media, with long memories. Some paying customers bought in as long ago as December 2009.

Secondly, it’s an unwelcome reminder of Galactic’s own fatal crash in 2014, when pilot error and inadequate safety controls underlined just how much close to the safety cliff-edge any new space endeavour has to pass.

Thirdly a successful launch would have helped release payment on a number of Orbit’s commercial satellite launch contracts that could only have assisted with Galactic’s own route to launch. Orbit had said before Monday’s launch failure they hoped to ‘quickly pivot’ to commercial operations and that its second rocket was in the final stages of being built in its manufacturing plant near Los Angeles. A payload from NASA is supposed to be Orbit’s first commercial launch along with a group of satellites for universities in the US.

In fact, thanks to the coronavirus, the rocket failure could not have come at worse time. Virgin Group is battling acute liquidity issues in their better-known mature businesses, including the two Virgin airlines. So bad is this that earlier in the month the group sold twenty percent of its shareholding, or 25m shares, in Virgin Galactic [NYSE ticker SPCE] to secure US$ 366m for other parts of the Virgin empire. Virgin still has a 40 percent stake.

All of that needs to be placed into a wider context though. In November 2018 UBS picked Space as one of the best long-term investment sectors available: ‘the space economy is reaching an inflection point and is poised to grow from US$ 340bn currently to almost US$ 1trn in the next couple of decades’.

From the investment prospectus, Virgin Galactic’s promise to investors is a profit margin of 65% on each commercial flight, approx. US$ 160,000 profit on a US$ 250,000 space-flight VIP ticket or US$ 975,000 profit with a full payload of six paying passengers.

Passengers will get to see the curvature of Earth against the blackness of space and experience a few minutes of weightless before coming back down for a runway landing.

The purchase price includes the astronaut training process which takes three days, with the flight on the fourth. Preparation includes ‘high G training’.

According to Space.com, two more SpaceShipTwo vehicles are currently being built in Mojave, and others will likely follow; the company's hangar at Spaceport America can accommodate five SpaceShipTwos and two WhiteKnightTwos simultaneously.

In reporting the reversal for Virgin Orbit, the Financial Times noted that the first full trials for new rocket systems often fail, and Virgin Orbit had lowered expectations ahead of Monday’s mission.

‘Before Monday’s mishap, Virgin Orbit executives said that even an incomplete test could yield plenty of valuable information. They hoped to learn from a number of stages of the flight, from releasing the rocket and igniting its engines to firing the second stage and seeing it release its payload. “As we said before the flight, our goals today were to work through the process of conducting a launch, learn as much as we could, and achieve ignition,” the company tweeted. “We hoped we could have done more, but we accomplished those key objectives today.”’

In terms of a first scheduled flight for those commercial passengers, Virgin Galactic has no news. The prospectus talked about Q1/Q2 this year which means a further delay. What is obvious to see is that the Virgin Galactic’s space operation is relocating to Spaceport America, as their hub, away from the original testing base in the Mojave Desert.

Just before Christmas last year, the local newspaper for Spaceport America caught up with retiree Sally Krusing from Tucson, Arizona, who had purchased her ticket to ride back in 2013. She was happy to wait, commended Virgin’s exceptional customer service, and made clear that if she had a change of mind the terms and conditions of her contract allowed her a full refund.

In the meantime, in footage released just last week, we got to see SpaceShipTwo make her first solo flight to and from Spaceport America which happened on May 1.

In one simple video, The Wall Street Journal looks at where we are and what we need to do to get out of the Live Event lockdown

What racing in Britain will look like from next week