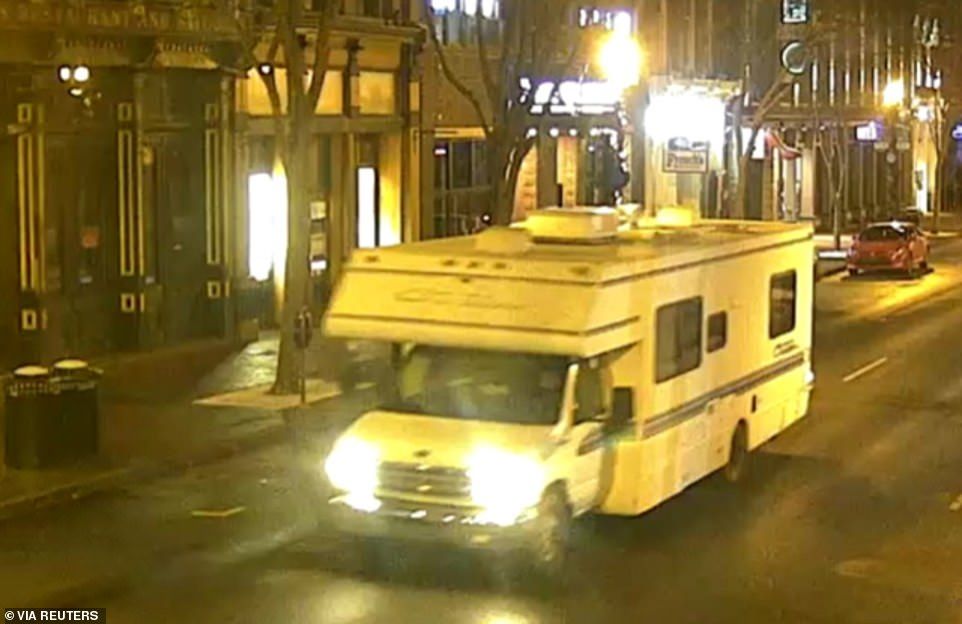 It was the Christmas Day newsflash that I’m sure we would all rather not have had, terrifying as much for what it didn’t tell us and left to our imagination as what it did: That a bomb had detonated in downtown Nashville, knocking out power and mobile phone networks.

Then came the video footage of a white camper van cruising shark-like past glowing storefronts and early morning street lights in a most menacing fashion before eventually parking on the curb in front of an AT&T transmission building on Second Avenue North in Nashville at 1:22 a.m. on Friday.

Reportedly the camper van played a recording of Petula Clark’s 1965 pop hit, Downtown through an array of loudspeakers.

Slowly, as the news cycle raced, the pieces began to fall into place. This is CBS Evening News, two days after the blast, naming the suspect as Anthony Quinn Warner whose remains were also found inside the bombed-out RV.

Other than Warner, no other fatalities have been reported; media coverage of Warner’s motives have focussed on his deep suspicion about 5G mobile phone technology.

But one of the yet-to-be-explained threads of this story concerns a Los Angeles resident Michelle Louise Swing who was reportedly given two houses by Warner [as in given the house free of charge] as Warner began to wind up his affairs before the December 25 bomb.

Although now a resident of California, according to the news aggregator site Conan Daily, Swing attended both high school and university in Knoxville, Tennessee [about 180 miles from Nashville].  On graduating, she began working in the live event ticketing business at AC Entertainment as a marketing coordinator from May 2011 to May 2012. The Bonnaroo Music and Arts Festival is one of several properties that AC Entertainment runs.

Then she moved to California where she was a senior project manager at Vendini (now known as AudienceView Select), a technology ticketing agency in San Francisco that offers tools for ticketing, marketing, fundraising, logistics for the performing arts, live music, music festival and live event spaces.

From Vendini, she moved to the oft-controversial secondary market ticket-resale platform StubHub in February 2016 where she worked until September 2018 as a partnership and business development manager based in San Francisco.

[Full disclosure, The DAIMANI Journal is a regular critic of StubHub, Viagogo and other secondary ticket platforms that offer tickets to customers in breach of the terms and conditions under which they were purchased.]

Since leaving StubHub, Swing has worked as an artist development director at entertainment colossus AEG Presents according to a profile on Deadline.com.

So far the only comment Swing appears to have made is telling DailyMail.com that ‘I’ve been told to direct everything else to the FBI’. The website declined to disclose whether she had ever met Warner or if she had any family links to him. She also denied knowledge of having the homes signed over to her.