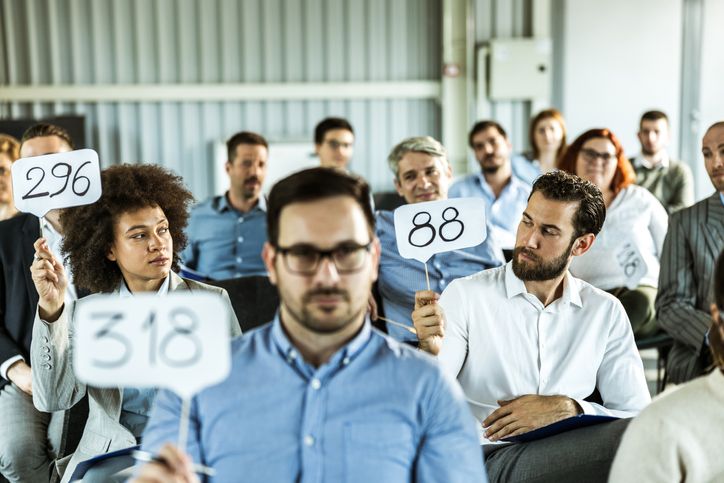 We cheered as loudly as anyone when the Bundesliga returned last month but then, like everyone else, couldn’t help notice the most extraordinary trend: the usual home-win average for the season was above 40% but after the restart with empty stadia this fell to 21%, as of yesterday.

By contrast, the away-win percentage has skyrocketed to 51% against the season-long average of just 11%. Since the restart, there have only been eight home wins from the initial 37 Bundesliga games.

The DAIMANI Journal did our best to unpick this phenomenon, known as Social Facilitation. Basically professionals who perform in front of an audience or crowd will produce a better performance than in isolation.

Now it appears that the world of big-name auction houses are facing the same Social Facilitation issue. It’s not the same when the game is played in front of an empty house or in this case online.

Although Christie’s, Sotheby’s and Phillips-type auction houses have the technical capability to switch sales to an online-only format this does not appear to be anywhere near the same thing as the cut and thrust of live bidding in person, as the Financial Times reported.

Sale totals worldwide at the three major auction houses of Christie’s, Sotheby’s and Phillips fell 97% during May year-on-year: from nearly US$ 2.9bn in 2019 to US$ 93m last month.

The data for this comes from Pi-eX and is the lowest public auction total the company has recorded for the month since their database started in 2007.

‘The sharp fall isn’t so surprising given that all but three of May’s auctions were purely online. Historically, online sales from these auction houses have generated less than US$ 2m on average each, compared to US$ 50m from the live evening sales,’ says Christine Bourron, chief executive of Pi-eX.

May is normally the high season in the art market — and Pi-eX found that, in anticipation of online auctions generating lower revenues, 38 live sales that had been scheduled last month were cancelled or postponed. Auction specialists hope that as the coronavirus lockdown eases they can schedule more sales in the slack period of the traditionally quiet summer season.